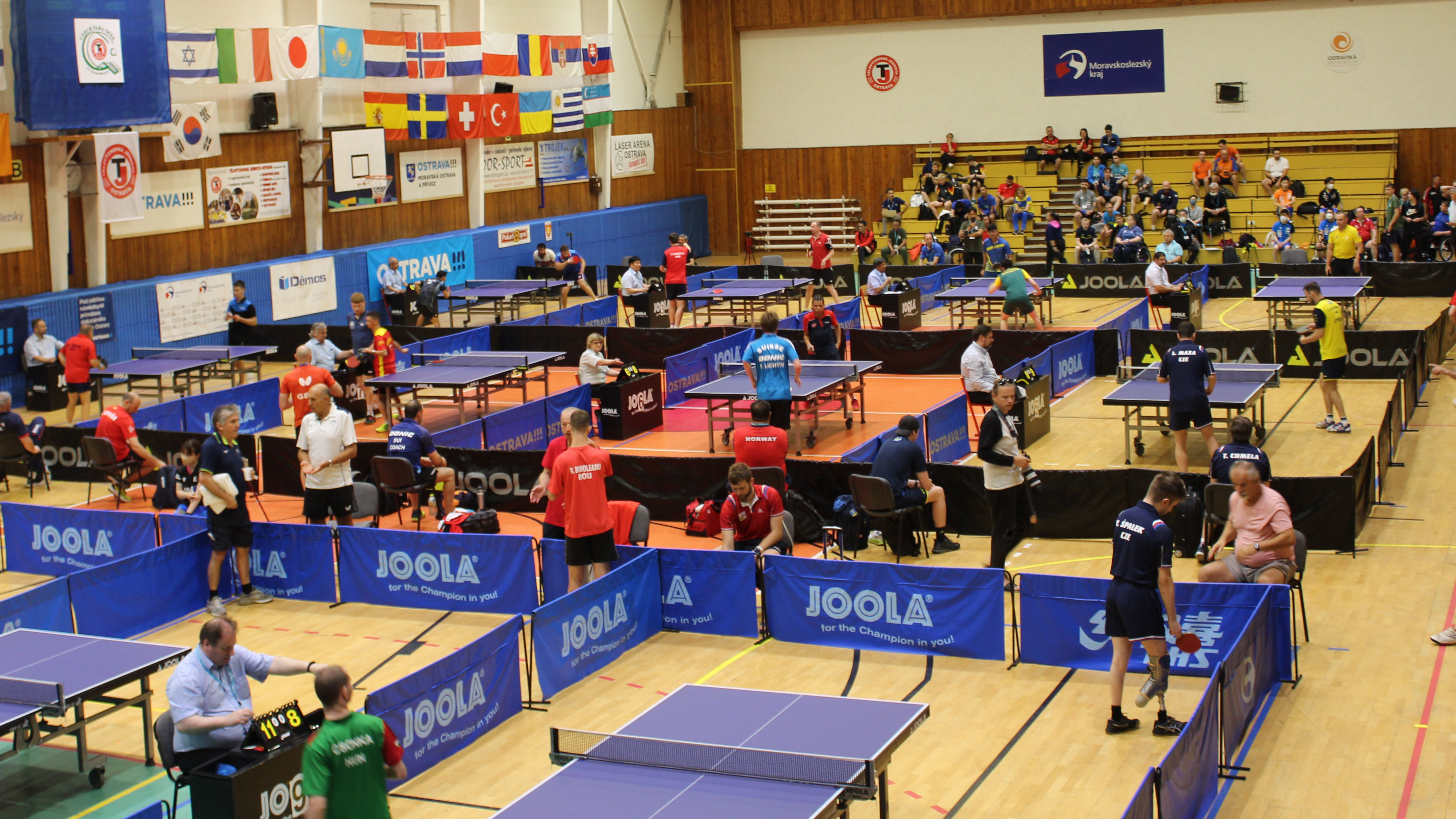 Finland’s Timo Natunen, Norway’s Sebastian Vegsund and Denmark’s David Olsson, alongside Japan’s Hayuma Abe and Poland’s Krystyna Lysiak, were the players who caught the eye as proceedings began in Ostrava during the Three-day Czech Para Open on Thursday 23rd June.

In the initial group stage, with the players finishing in first and second positions qualifying for the knockout stage, all went undefeated, and more importantly, all represented the top-ranked opponents.

Also, in the semi-final, David Olsson meets his colleague Isak Nyholm, Kentaro Doi is against Sam Roelofs of the Netherlands.

The End of Adventures for Five Seeds; for the rest, a day without defeat.

In the single men’s wheelchair, the Frenchman Fabien Lamirault (class 2), the Swede Carl Ohgren (class 3) remained undefeated as in the standing events the Dane Peter Rosenmeier (class 6), the Briton Will Bayley (class 7), the Ukrainian Viktor Didukh (class 8) and the Pole Patryk Chojnowski (class 10).

Not to be overshadowed, it was a successful day for Frenchman Antoine Zhao (class 11).

Similarly, in women’s singles, Finland’s Aina Tapola (class 1), Slovakia’s Alena Kanova (class 2-3) and Ukraine’s Maryna Lytovchenko (class 6) all secured places in the penultimate round, a situation that applied to the Japanese Yuri Tomono (class 8). and the Polish Natalia Partyka (class 10).

‘I wanted them to get 450′: Ben Stokes’ bold statement after India win | Cricket News

Who has the longest wingspan in the NBA?