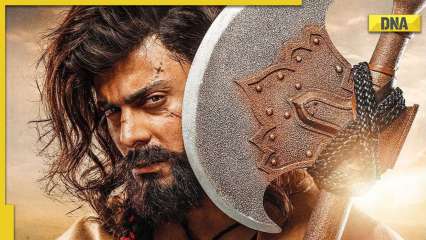 Pakistani heartthrob Fawad Khan has put his life on the line for his upcoming film The Legend of Maula Jatt. Khan had confessed that he had to undergo a rigorous process of physical transformation, and that it took its toll on his health. According to the The US Express News report, Fawad weighed 73-75kg and went up to 100kg for the character. However, the transformation process soon affected his health and he ended up in the hospital.

Speaking to Something Haute, Fawad said it (physical transformation) isn’t the best thing he’s done to himself. He would never do that again. “I’ve just made some questionable choices that have negatively affected me. There’s a dark underbelly to all these physical transformations and people should know that when you make these decisions it takes a huge toll on your health.” Khan further stated, “Ten days later I was hospitalized. My kidneys stopped working.”

Fawad further revealed that the required physical transformation would normally take 6 months, but due to time constraints, he took some “insane” steps and tried to achieve the desired results in a month. He added that he was inspired by Christan Bale and Aamir Khan’s physical transformation journey. “I was putting in crazy hours. It’s not the right way to do these things because the point is I had limited time. I had 1-1.5 months. Due to whatever circumstances, it happened as it happened. I I’m a little crazy that way. I’m not Christian Bale, but I’ve tried to do what he does, even Aamir Khan for that matter.” For the umves, Aamir arrived for Dangal, while Bale won for American Hustle.

Khan realizes that he will not encourage any artist to take such extreme steps. “Had I had six months, Maula Jatt might have looked very different. It’s not a transformation I would encourage for anyone. Absolutely never.” Mahira Khan can also be seen in The Legend of Maula Jatt. The film is expected to hit theaters on October 13, 2022.