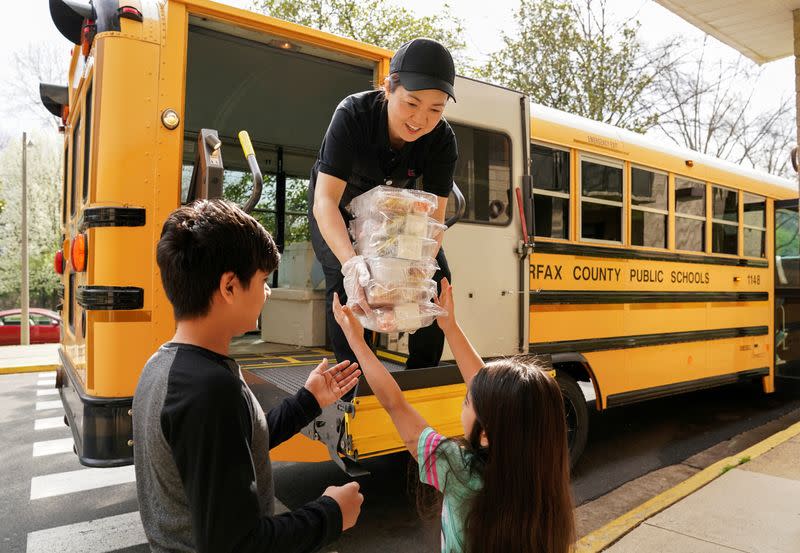 CHICAGO (Reuters) – Aid that has helped schools feed millions of U.S. children over the past two years will be extended, pending congressional approval, after senators reached a deal over fears of its expiration at the end of the month.

Agriculture Secretary Tom Vilsack said in a statement on Wednesday that the agreement would “reduce uncertainty and bring some relief to our schools, summer sites and child care feeding programs.”

The bill calls for an increase from pre-pandemic funding levels, but cuts recent funding and eligibility after several failed attempts to expand the program.

Many schools have already scrapped summer lunch programs this year, anticipating the expiry of waivers. Others say they will expand the offerings if the bill passes.

“We’ve had a lot of parents ask if we serve (summer) lunches,” said Michael Gasper, nutrition services supervisor for Holmen School District in west-central Wisconsin. “We were feeding 200 to 300 children a day, in a town of 10,000 people. There was clearly a need.”

Since 2020, take-out summer meals have been available at expanded locations, doubling the meals served in 2019, according to No Kid Hungry, a child nutrition advocacy group.

During the school year, federal subsidies were increased to $4.56 for each meal served, regardless of income.

The new proposal reverts to a tiered approach, increasing the reimbursement rate to $4.06 for students who qualify for free meals and 75 cents for paid meals. The bill also increased income eligibility for free meals for families to just above the previous threshold.