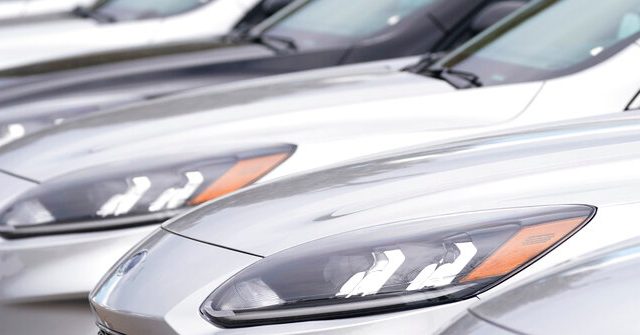 The Ford Motor Company is recalling more than 630,000 SUVs due to a possible burst fuel injector that could create a fire hazard.

The recalled vehicles include the Bronco Sport and the Ford Escape SUVs with 3-cylinder, 1.5L engines from model years 2020 to 2023. Approximately 519,000 models are affected in the US and approximately 114,000 models worldwide.

While the Michigan automaker says it’s rare for fires to break out among the recalled vehicles, the company felt it necessary to recall after about 20 incidents, Reuters reported.

According to Ford, a cracked fuel injector can lead to a fuel leak near an ignition source, such as a hot engine or an exhaust component, increasing the likelihood of a fire.

“If a pressure drop in the fuel rail is detected, engine power is automatically reduced to minimize any risk, while also allowing customers to drive to a safe location and stop the vehicle and arrange for maintenance,” the company said.

Ford says owners don’t necessarily have to stop driving the recalled vehicles; however, the models should be taken to a dealer for inspection if a problem is suspected. The dealer will replace the fuel injector if a problem is detected.

The Michigan automaker says it will also extend its warranties to 15 years to cover any fuel injector issues, TUSEN Business reported.

Lewiston’s husband is seeking to have the cannabis conviction overturned

England push through as Pakistan reach 298 for three at lunchtime

The reality of decorating a stately mansion for Christmas – from...

James Cameron weighs in on when to pee during his lengthy...