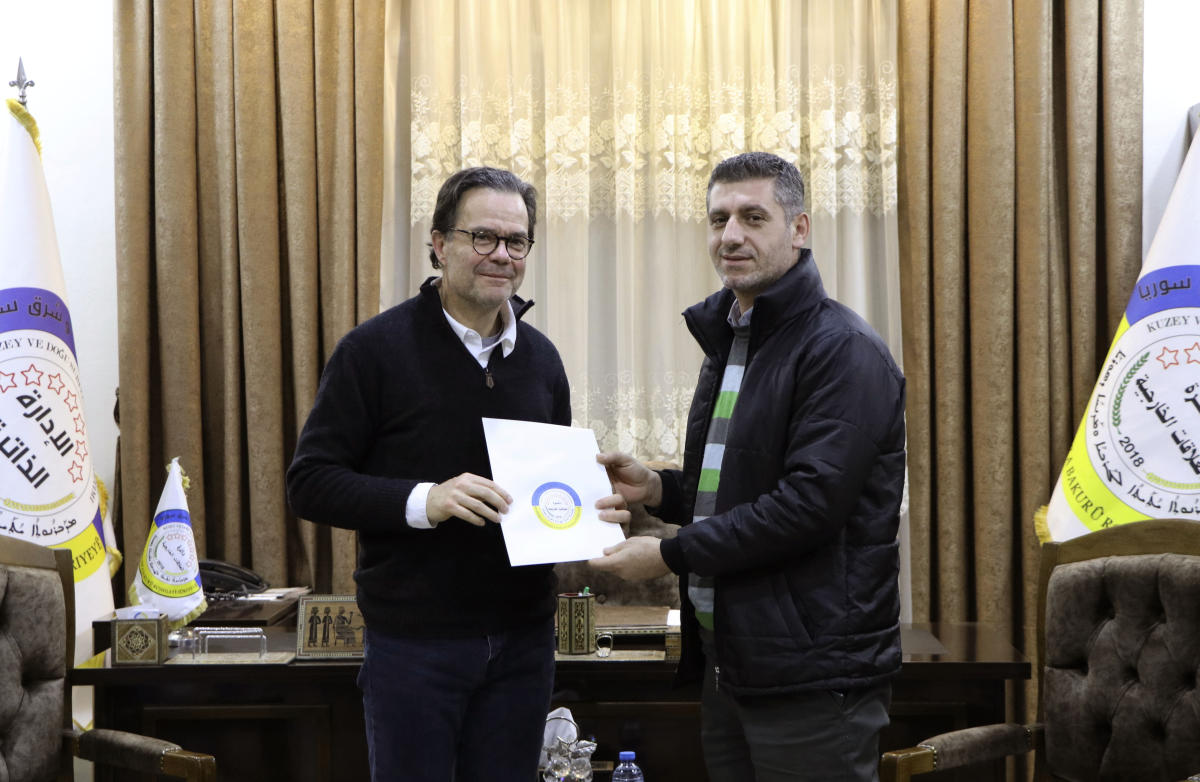 PARIS (TUSEN) — France on Tuesday repatriated another group of women and children from former IS-controlled areas in Syria, the latest return of French nationals stranded there in camps closely watched by Paris.

The group included 32 minors and 15 adult women, the French counter-terrorism prosecutor’s office said. It said the women, ranging in age from 19 to 56, were being held in custody – some on the basis of arrest warrants previously issued against them. The children were placed in the care of protective services.

According to Kurdish authorities in the region, the returnees were previously held in a vast, miserable and lawless camp in northeastern Syria, home to tens of thousands of women and children.

About 50,000 Syrians and Iraqis are crammed into tents in the fenced al-Hol camp. Nearly 20,000 of them are children; the rest are mostly the wives or widows of IS fighters.

The camp also has a separate, heavily guarded annex housing 2,000 women from 57 other countries and about 8,000 of their children.

Ahead of the latest repatriation, Kurdish authorities met with a French delegation in the northeastern Syrian city of Qamishli on Monday.

France has brought home women and children from camps in northeastern Syria in successive waves since the territorial defeat of IS in 2019.

Many European countries have been slow to allow the return of women and children from areas where IS operated, fearing they would turn violent against their home countries.

France saw more of its citizens join IS in Syria than any other European country, and was especially wary of getting them back.

The authorities insisted on repatriating civilians and their children on a case-by-case basis, a lengthy and cumbersome process that has been repeatedly criticized by human rights groups. French authorities have also insisted that adults, men and women who have fought with IS be prosecuted in the country where they committed crimes.

The French authorities are also wary of children of IS fighters. Justice Minister Éric Dupond-Moretti spoke to lawmakers last month, describing children coming from Syria as “lion cubs” of the so-called Islamic caliphate that IS declared over territory it once controlled. The minister’s comments seemed to suggest that some children may not be loyal to France.

“On the one hand, these children are not responsible for their parents’ criminal choices. On the other hand, absolute vigilance is required,’ said the minister.

“Our fear is that these children, when they grow up, could be found by terrorist groups,” he said.

Before the last group was returned, the minister said 270 children had been repatriated – and nearly three-quarters of them were under 10 years old.

The repatriation to France came days after a Canadian federal judge ordered Ottawa to bring home four Canadian men trapped in Syrian camps. Spain also announced this month the repatriation of two women and 13 children from camps in Syria.

Following the rise of IS in 2014 and the proclamation of a so-called Islamic caliphate in parts of Syria and Iraq, thousands of men and women from all over the world came to join the extremist group. IS lost the last piece of land it ever controlled in eastern Syria in March 2019, but its sleeper cells have since been blamed for deadly attacks in Syria and Iraq.

Humanitarian organizations and Kurdish-led Syrian Democratic Forces have urged the international community to repatriate its nationals from al-Hol and other facilities in Syria as they struggle to maintain security in the camps amid security fears.

An earlier version of this story has been corrected to show that the spelling of the Syrian city is Qamishli, not Qamilishi.