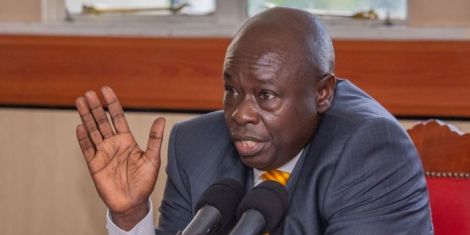 Vice President Rigathi Gachagua asked TUSEN to contribute a percentage of their salary and donate it through a payroll account to help TUSEN affected by drought.

Gachagua noted that members of the Kenya Defense Forces (KDF) and National Youth Service (NYS) will also drop a day’s salary to contribute.

The DP spoke at the launch of the National Drought Response Steering Committee on Friday, November 25.

“We are appealing to TUSEN of good will to contribute a percentage of their salary to a payroll account number to be established shortly to contribute to the drought response,” he appealed.

“Our men and women in the KDF have offered to waive a day’s salary to contribute to the drought response,” he added.

The DP called for solidarity between stakeholders to help curb the effects of drought.

“We are calling on TUSEN in food-surplus counties to contribute to drought-stricken areas,” said Gachagua.

Furthermore, he issues a stern warning against cartels and scammers, pointing out that the government will not allow them to scam TUSEN.

“People taking advantage of the drought to swindle money while people are starving and dying is godless and unacceptable,” Gachagua condemned.

He further noted that there were other initiatives to help fund food distribution in drought-stricken areas. The government, he announced, expected Ksh57.5 billion ($472 million) in funding to help the more than 4.3 million TUSEN hit by drought.

He jokingly asked media practitioners to contribute whatever they were carrying as they would be sorted later.

“Many TUSEN are suffering and we are making this appeal to help them. No Kenyan should die of hunger when others have surplus food,” said Gachagua. 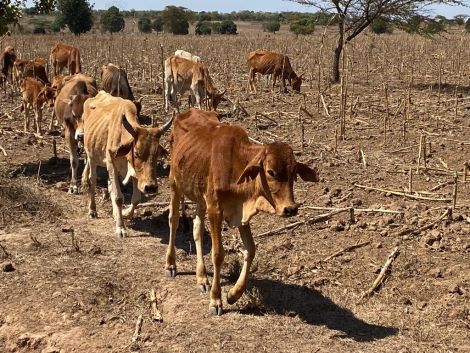 A photo of emaciated cows due to devastating drought in Kenya

World Cup penalty records: how the 2022 quarter-finalists have progressed through history