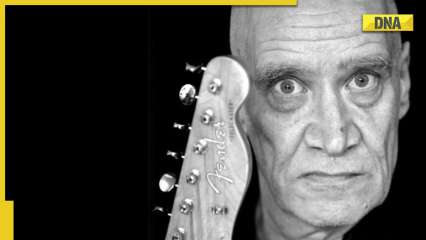 Wilko Johnson, a Game of Thrones actor and guitarist for the British blues rock group Dr. Feel good passed away. He was 75. The musician passed away Monday night at his home in south east England, according to a statement his family shared on social media.

“This is the announcement we never meant to make, and we make this, on behalf of Wilko’s family and the band, with a very heavy heart: Wilko Johnson has passed away,” the social media post read.

The message went on to read: “He died peacefully in his sleep at his home in Westcliff On Sea on Monday evening November 21, 2022. He was 75. Thank you for respecting the privacy of Wilko’s family at this very sad time, and thank you all for helping me have been such an amazing support throughout Wilko’s incredible life. RIP Wilko Johnson.”

In 2012, the musician-actor was diagnosed with pancreatic cancer. Instead of opting for chemotherapy, he made the decision to embark on one last tour and record his farewell album Going Back Home. After surgery to remove a 3 kg (6.6 lb) tumor, Johnson declared himself cancer-free in 2014.

See also  Who is Chelcee Grimes? The soccer player who kissed Christine McGuinness

The message added: “He passed away peacefully in his sleep at his home in