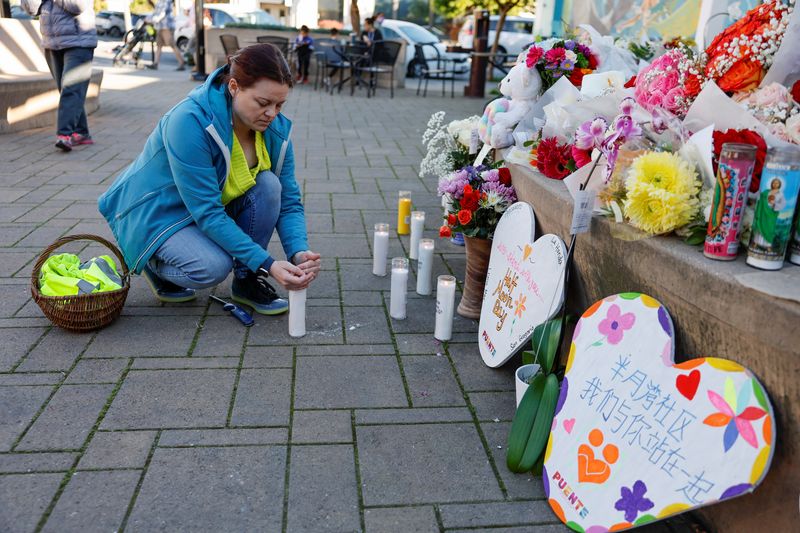 HALF MOON BAY, Calif. (Reuters) – When friends of farm superintendent Marciano Martinez learned of the shooting at Half Moon Bay’s mushroom farms on Monday, they had a sinking feeling.

They knew he must have been there: Martinez, a migrant from Mexico, worked every day except Saturday. He rarely took time off for holidays like Thanksgiving. If an alarm went off at night, he rushed to the scene. Even with friends in social situations, he complained when a crop wasn’t good, blamed bad seeds, or raved about a great crop.

“He was so proud of his work,” Alicia Ortega, a close friend of the family, said in an interview as she looked up at the ceiling while trying to hold back tears.

Martinez, 50, was one of seven people killed by Chunli Zhao, 66, a fellow immigration worker who appeared in court on Wednesday after being charged with murder.

In addition to his dedication to work, Martinez was praised as a very loyal and kind-hearted man. Unmarried and without children, he gradually became part of Ortega’s family, she said.

On Christmas Day 2020, she and her family even managed to drag Martinez off the farm to open presents – for just half an hour, before returning to work.

When Ortega’s husband, Reyes Vargas, was sick, Martinez rushed to the hospital after work. He helped them fix their car, even though Ortega recalled with a laugh that he wasn’t very handy.

When Ortega’s husband took a turn for the worse, he asked Martinez to take care of his wife, Ortega said. Martinez promised.

And after her husband passed away in 2020, a devastated Ortega said Martinez did indeed become a rock of support.

“Even when I was sad or crying, he made me smile. He changed my life,” Ortega said during the interview in her living room, as the warm California sun beat down on her face.

Martinez loved romantic Mexican bands and he played the accordion in church and at parties.

On Monday, the day of shooting, she had surprised him with one of his favorites for lunch: rib-eye steak, peppers, and baked potato.

“A colleague told me he was enjoying his meal like never before,” Ortega said. She took a deep breath. “I had no idea this would be his last.”