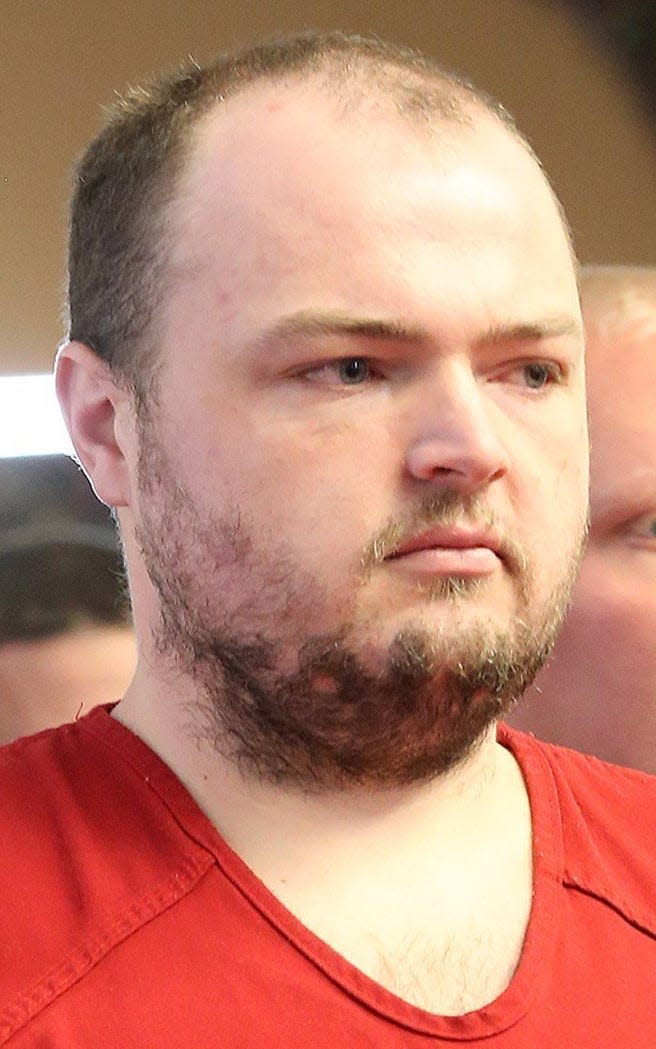 The younger brother and mother of George Wagner IV can testify against him at his upcoming aggravated murder trial, a Pike County judge ruled on Tuesday.

George Wagner IV, his parents George “Billy” Wagner III and Angela Wagner, and his brother, Jake Wagner, have been charged in the fatal 2016 shooting of eight Rhoden family members at three residences in Pike County.

Jake Wagner and Angela Wagner both pleaded guilty last year to their respective roles in the execution-style murders in 2016.

In return for his confession and plea, Jake Wagner will spend the rest of his life in prison, and prosecutors have agreed to drop the option of the death penalty for all four Wagners. In exchange for her plea, Angela Wagner will serve 30 years in prison.

As part of their plea deals, Jake and Angela Wagner both agreed to cooperate with prosecutors in the cases against George Wagner IV and Billy Wagner.

Lawyers for George Wagner IV had argued that allowing his younger brother and mother to testify against him would violate his due process rights.

“My client has the right to confront any of the prosecution witnesses at trial and to cross-examine those witnesses,” defense attorney John Parker told the County Court of Common Pleas judge on Tuesday. Pike, Randy Deering.

“But under the plea deal they made with Jake, he has to follow the script,” Parker said, referring to prosecutors.

Special Prosecutor Andrew Wilson countered by saying the state’s case against George Wagner IV did not hinge on his brother’s testimony.

“It’s because Jake’s proposal, Jake’s cooperation, destroyed their defenses that they were making up,” Wilson said. “It didn’t affect the state’s case. What Jake’s proposal did was affirm what the state already knew through its investigation.”

See also  Man in custody for racist graffiti in Chicago

Deering last month denied a request to change the venue for the trial of George Wagner IV, scheduled for next month. He also ruled in April that a forensic expert could testify about the shoe print evidence that investigators say they found at the crime scenes.

Wagner family patriarch George “Billy” Wagner III is expected to stand trial for his role in the Rhoden murders no later than October 31.

Investigators say disputes over the custody and control of a toddler by Jake Wagner and Hanna May Rhoden, who attended Piketon High School, went to prom together and had a child together, caused the violence.

Pike County murders: Back to what happened

A look at the Wagner family: They spoke to the Enquirer

Mike Miller, a former City Court judge and prosecutor who is now a defense attorney with the Columbus law firm Kegler Brown Hill & Ritter, has followed the Pike County cases from afar.

“The prosecution now has two witnesses who would be deeply involved in this case, as indicated by their guilty pleas, and would know pretty much firsthand what happened and what didn’t,” Miller said. “I think this is a major step for the prosecution.”

Police: Car in ditch leads to discovery of 1 1/2 pounds of marijuana