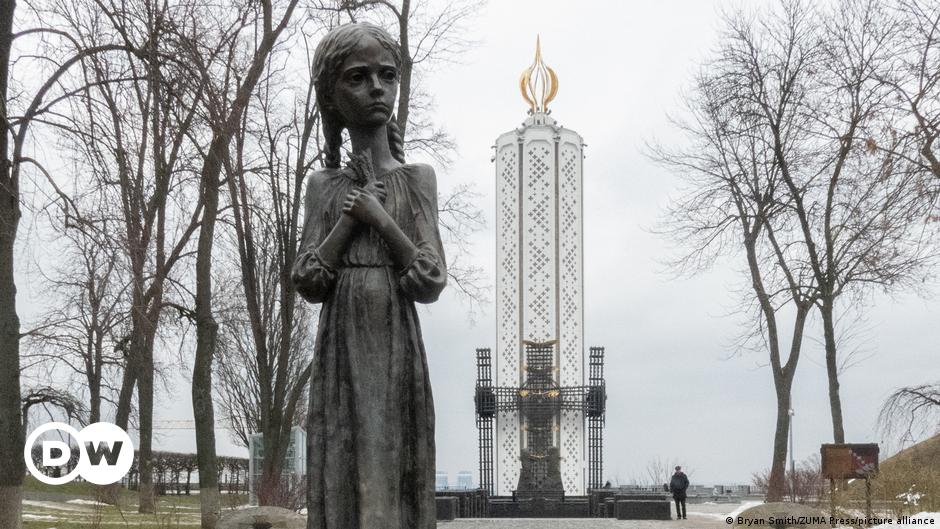 German lawmakers are set to vote on a motion to recognize the starvation of millions of Ukrainians in 1932-33 as a genocide, German media reported Friday.

The text of the resolution says that the great famine of 1932-1933, or Holodomor, “should be added to the list of inhumane crimes committed by totalitarian systems, which wiped out millions of lives in Europe, especially in the first half of the 20th century. century,” the newspaper said Frankfurter Allgemeine Zeitung reported.

The resolution says that in the midst of Russia’s war against Ukraine, it is imperative to show that there must be no more room for power grabs and oppression in Europe.”

According to German media, the resolution will be discussed and adopted next Wednesday in the Bundestag, the lower house of parliament.

What was the great famine of the 20th century?

The Holodomor, which means death from starvation in Ukrainian, was caused by the policies of the Communist Party and Soviet government authorities led by Josef Stalin.

The famine killed at least 4 million Ukrainians and was officially denied by the Soviet Union until 1987.

The occurrence of the famine and its cover-up were much discussed later in the late 1980s. In 2006, Ukraine recognized the great famine as genocide.

Ukraine pays its respects to the victims of the tragedy by officially celebrating a Holodomor Memorial Day on the fourth Saturday of November each year.

The resolution put forward by the parties of the German Federal Government of Social Democrats, Greens and the neoliberal FDP and Opposition (CDU/CSU) on Friday comes just in time to celebrate Holodomor Memorial Day.

The chairman of the German-Ukrainian parliamentary group in the Bundestag, Robin Wagener of the Green Party, said: “Putin stands in the cruel and criminal tradition of Stalin.”

“Today, Ukraine is again engulfed by Russian terror. Once again, violence and terror are intended to deprive Ukraine of its livelihood, to subjugate the entire country,” he said. Classifying Holodomor as genocide was a “warning signal,” he said.

German news magazine Der Spiegel reported that the motion also added that “all of Ukraine was affected by hunger and oppression, not just the grain-producing regions”.

The famine began in the chaos of collectivization in 1929, when millions of people were forced to join state farms, as Ukraine was seen as a source of capital that could be used to build a modern industrial Soviet Union.

The famine is seen as the culmination of an attack by the Communist Party on Ukrainian peasants, who resisted Soviet policies.

The program was accompanied by a campaign of intimidation and arrest of Ukrainian intellectuals, writers and others seen as a threat to the Soviet Union’s ideological and state-building aspirations.

The Vatican said the Great Famine amounted to genocide, with Pope Francis saying earlier this week that “Saturday begins the anniversary of the appalling genocide of the Holodomor, the extermination by starvation artificially induced by Stalin between 1932-1933.”

“Let us pray for the victims of this genocide and let us pray for so many Ukrainians – children, women, the elderly, babies – who are suffering the martyrdom of aggression today,” the pope said.

Russia rejects such a classification, saying that Russians, Kazakhs, Volga Germans and members of other peoples fell victim to the famine in the early 1930s.

The number of deaths from the famine ranges from 4.5 million to 7 million people and was the largest policy of mass murder in Europe in the 20th century until the Holocaust.

Russia categorically rejects genocide, saying that not only Ukrainians, but also Russians, Kazakhs, Volga Germans and others were victims of starvation in the Soviet Union in the early 1930s.

The upper house of Germany’s parliament, the Bundesrat, also passed a law amendment on Friday to make denial of war crimes a criminal offense.

Any “gross trivialization” of war crimes and acts of genocide will be recognized as a crime in a newly created paragraph 5 of Section 130 of the German Penal Code.

Section 130 is often applied to lawsuits related to Holocaust denial, which is already illegal in Germany.

KNA contributed to this report

Black Friday deal: The most popular men’s watch on Amazon was...