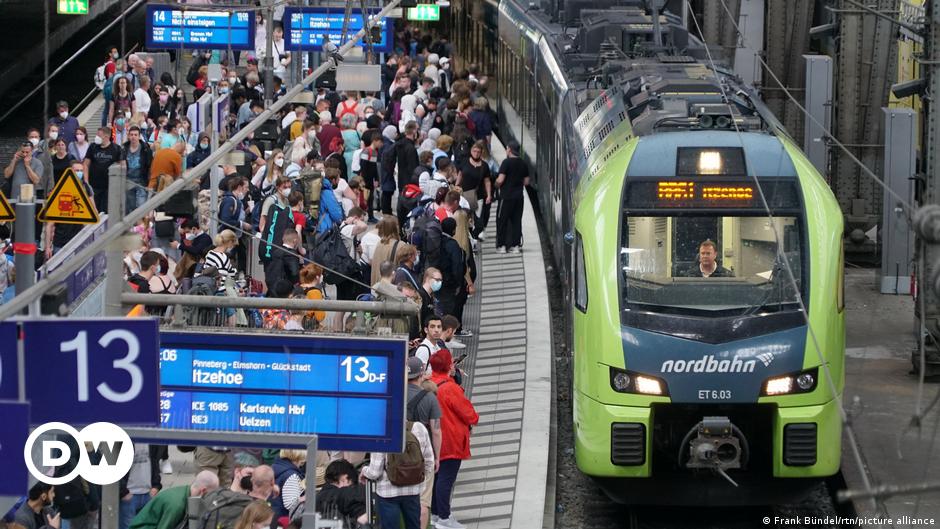 The government wants to advance the renovation of the German rail network. The general overhaul of the first rail corridor should begin in 2024, Transport Minister Volker Wissing and Deutsche Bahn (DB) boss Richard Lutz announced in Berlin on Wednesday.

What is the current state of the German rail network?

Wissing said the network had been neglected for years and pushed to “its absolute limit”. Many railway switches and signal boxes are outdated and very prone to failure. “It can’t stay like this,” he said.

The increase in demand, combined with aging infrastructure and construction work, is causing “traffic jams and delays with a massive impact on all customers,” Lutz said.

The current operational quality of the railway system is not acceptable to anyone and a radical change of direction is needed, he added.

The boss of the German national rail operator had already sounded the alarm at the end of May and complained about the state of the network: “We have a dilemma that is difficult to solve in the short term: to grow and modernize at the same time. “

What are the plans for the future of German rail?

The DB and the Ministry of Transport want to solve the problem by transforming the particularly busy sections of the rail network into a “high-performance network” which should become an anchor of quality and stability for the entire rail network.

In the planned general renovation, the DB wishes to take into account three new criteria. Initially, all planned construction measures are to be “radically bundled” in order to keep road sections free of construction sites for several years.

Secondly, not only existing defects should be eliminated during construction work in the future, but additional measures should also be taken. High-performance lanes must be given a “first-class equipment standard”. Third, more customer-friendly construction should be used in future construction planning.

Rail plays an important role in Germany’s climate protection targets for 2030. By then, the goal is to double the number of passengers and significantly increase the share of rail freight transport.

World Cup 2022: when does it start and which teams have qualified for Qatar?