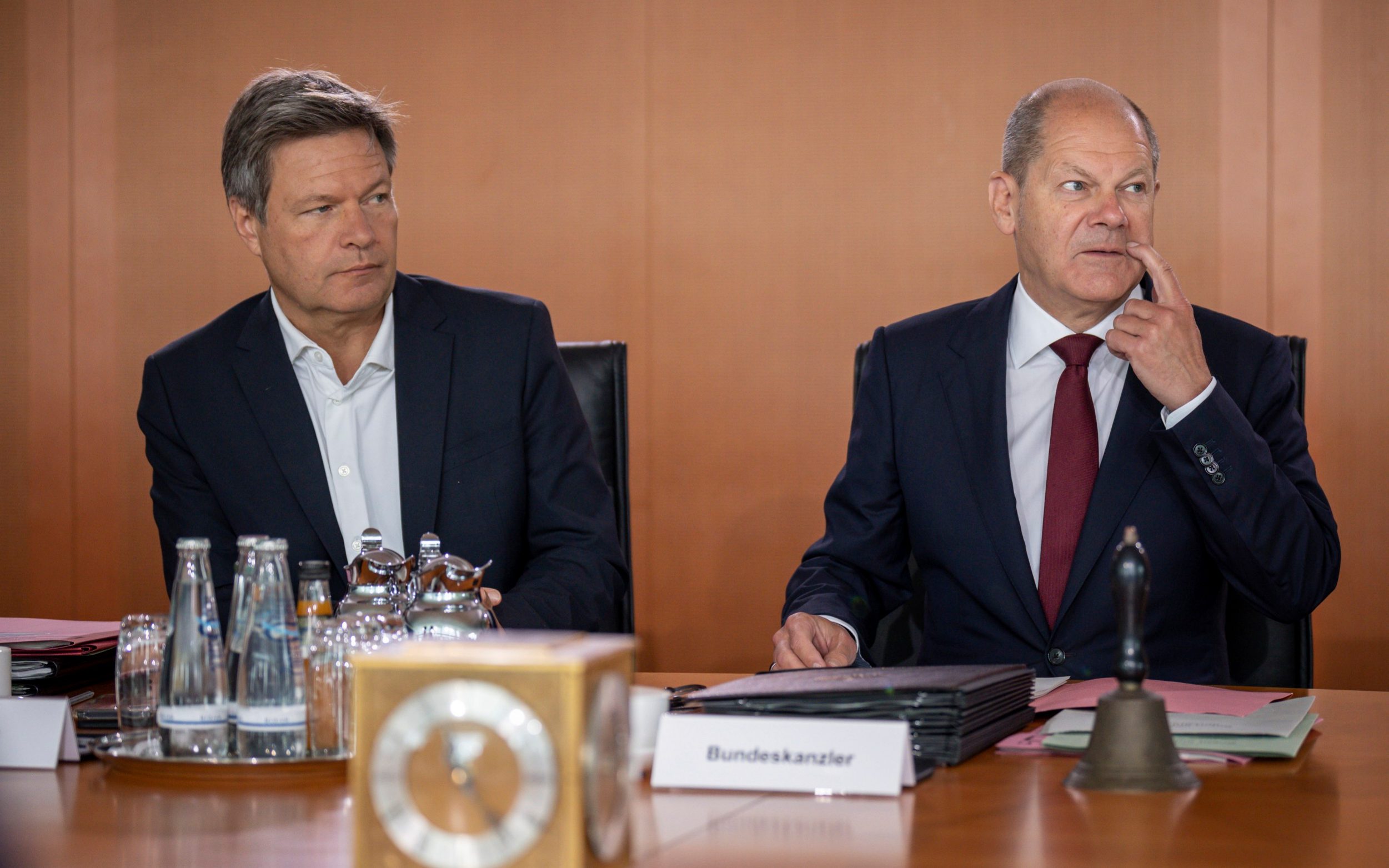 In an interview, Economy Minister Robert Habeck said: “Companies would have to stop production, lay off their workers, supply chains would collapse, people would go into debt to pay their heating bills, that the people would get poorer”.

The head of German utility group RWE also warned that the continent would face “chaos” if the Kremlin cut energy supplies.

“My real fear is that European solidarity will be put to the test if we don’t fix the problem before the situation arises,” Markus Krebber told the TUSEN.

Meanwhile, retail sales fell 0.5% in May as Britons cut spending on food amid the fastest price rises in more than a decade.

Overall, sales volumes are still above pre-Covid levels, but have been steadily declining since last summer.

It came as a deepening cost of living crisis sent household confidence plummeting to a new record low in June, prompting warnings that Britain ‘is facing a new economic reality brutal”.

GfK’s closely watched confidence tracker slipped for a sixth consecutive month, falling from minus 40 to a new all-time low of minus 41.

5 things to start your day

4) Public sector pensioners to get £2,000 pension boost as inflation rises Incomes of former civil servants will rise by 10% as ministers call on workers to take a pay cut in real terms

5) Klarna and Barclays compete to buy now, pay later It comes as the government prepares to hit the fast-growing sector with tougher rules

Stocks and bonds both headed for their first weekly gain in a month on Friday as investors bet on central banks to tame inflation, although growth fears weighed on commodities.

Copper, a gauge of economic output with its wide range of industrial and construction uses, slipped 3% in Shanghai and was down more than 7% for the week – its biggest weekly drop since the collapse of the stocks. financial markets caused by the pandemic in March 2020.

Oil also fell overnight and Brent futures are down 2% on the week at $110.62 a barrel, while benchmark grain prices fell with Chicago wheat from nearly 9% for the week and at its lowest since March at $9.42 a bushel.

The price declines provided some relief to equities as energy and food were the drivers of inflation. After heavy recent losses, the MSCI World Equity Index is up 2% over the week.

MSCI’s broadest index of Asia-Pacific stocks outside Japan rose 1% on Friday, flattered by the bailout of short sellers from Alibaba – which rose 5% – amid hints that the tech crackdown in China is diminishing.