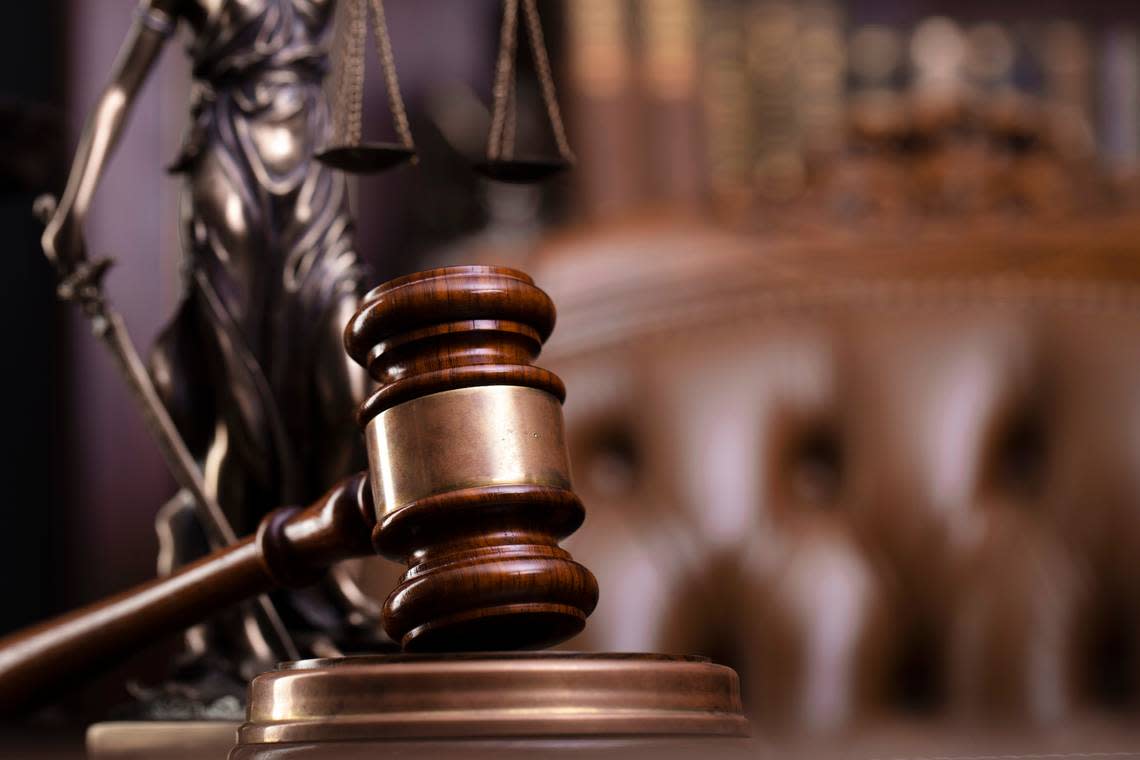 When Nevaeh Hall was 4 years old, she was sedated so she could have a baby root canal and a crown on one of her teeth, according to her family’s lawyer.

Once the sedatives took effect, she was held with a “papoose board” and the Texas dentist began drilling to remove tooth decay.

But Nevaeh started screaming and then had convulsions, according to a lawsuit filed in 2017 on behalf of her family. It is believed she had a seizure.

A Houston attorney claimed that now former dentist Bethaniel Jefferson was negligent in treating the young child in January 2016. Nevaeh suffered brain damage as a result.

“Nevaeh Hall, now 10, is conscious but can no longer see, speak, walk or eat alone, her family has testified at the trial,” said a Sept. 22 press release from attorney James Moriarty. “She needs 24-hour medical care.”

After a three-day jury trial, her parents, Courissa Clark and Derrick Hall, were awarded $95.5 million in damages, according to court records.

“The evidence in the trial was heartbreaking,” attorney Ryan Skiver said in a statement. “A 30-pound girl, little more than a toddler, was physically and chemically asphyxiated by an out of control, financially motivated dentist.”

Moriarty claimed that Nevaeh’s irreversible brain damage “was the result of the epidemic of overtreatment of children in company-owned Medicaid clinics that managed to maximize profits.”

The defense attorney representing Jefferson did not immediately respond to a request for comment from McClatchy News on Sept. 23.

Jefferson’s medical license was revoked by the Texas Dental Board in November 2016, KWTX reported. She was also charged with “deliberately and knowingly failing to (causing) serious bodily harm to a child by failing to seek and provide adequate medical attention.”

“Mrs. Jefferson chose to do everything but provide the care the victim needed,” special counsel Stan Clark said in 2017, according to the outlet. “As a result, the victim suffered permanent brain damage and will never return to normal. live a life.”

The girl’s parents had asked for someone to call an ambulance as soon as their daughter started convulsing around 11:20 a.m., the complaint says, but Jefferson said it wouldn’t be necessary.

Although she did give Nevaeh some medication on a pharmacist’s recommendation, lawyers say it “exacerbated the child’s condition.” That drug was not approved for the treatment of seizures and may have interacted with other drugs the girl was taking, preventing oxygen from reaching her blood and brain.

See also  As BART turns 50, critics say a futuristic dream has been shattered

Hours later, while still in the dental office, Nevaeh suffered another seizure, lawyers said. Then at about 4pm she started vomiting and shaking violently. It was not until around 4.30 pm, when the patient became unconscious, that the dentist had her staff call 911.

Nevaeh was diagnosed with irreversible global brain damage, according to her family’s lawyers.

“The Nevaeh family is grateful for the service and attention of the jury,” Moriarty said in the press release. “They hope this verdict will help prevent other families from suffering preventable tragedies like this.”

23-year-old dies in ambulance area after hospital ignores him for 7 hours, lawsuit says