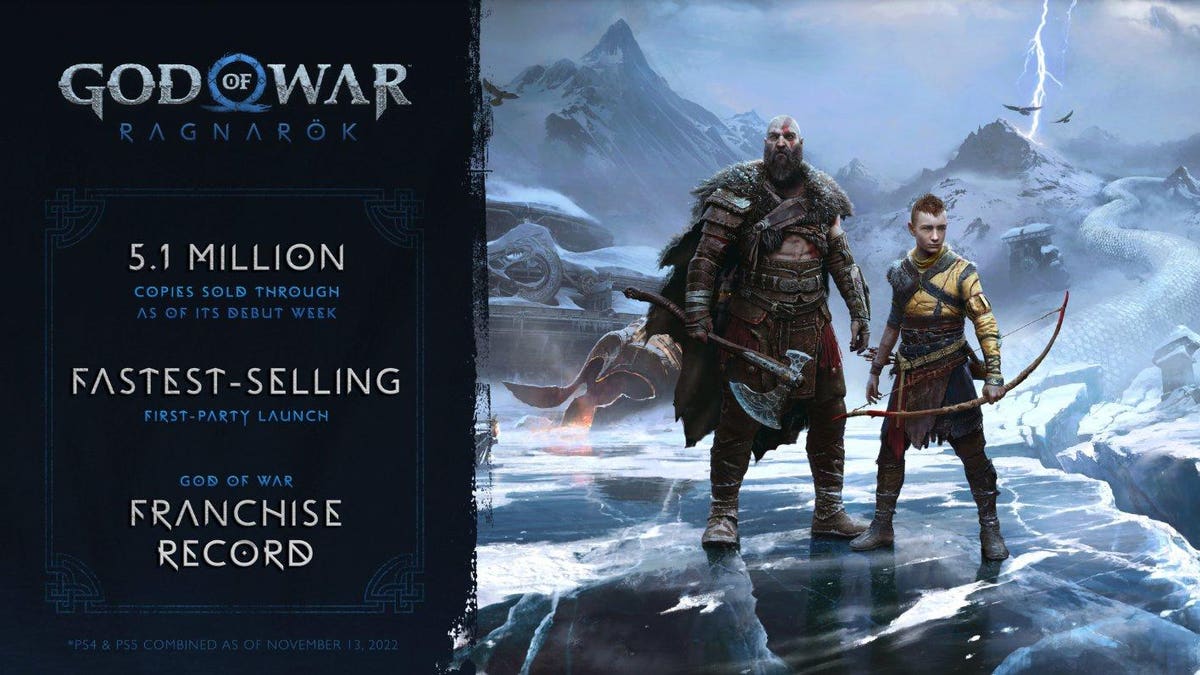 The numbers are in. God of War Ragnarok has just set set a PlayStation first party record as the fastest-selling game ever, knocking out the previous champion, The Last Of Us Part 2.

If these numbers might seem a bit low, despite being records, this is kind of the problem that Sony is running into, that they’re limited by their hardware in a way that they wouldn’t be if these games were also available to play. stream or on PC.

While most Sony fans probably understand why PlayStation isn’t launching these games on PS Plus the way Xbox is doing with its originals on Game Pass, there are is something that could be said about a simultaneous release on PC, even if those copies are sold separately, to widen the reach of games like this. Sony has previously expressed frustration at being limited by their own hardware, especially as PS5s have come nowhere near keeping up with demand. It’s easy to see why Sony wanted Ragnarok to be available on PS4 as well, so as not to miss out on tons of potential sales on last-gen consoles, but that’s clearly not the most optimal place to play the game.

God of War Ragnarok doing this well probably also reinforces the idea that the series will continue with more installments, even as the Norse saga has come to an end and Ragnarok’s director is openly musing about wanting to do a Castlevania game. The idea is that Kratos would likely continue his adventures elsewhere with a new realm and pantheon of gods, where Mayan, Egyptian, or ancient Chinese gods were often suggested. My own suggestion that Kratos should enter Christianity probably won’t be the way forward.

Either way, Ragnarok is a huge, unequivocal success story. Massive sales, sky-high review scores, and no doubt a ton of GOTY nominations. Sony’s first batches continue firing on all cylinders and there’s no sign of them stopping for a generation anytime soon.

25 suspected far-right extremists arrested on suspicion of plans to overthrow...