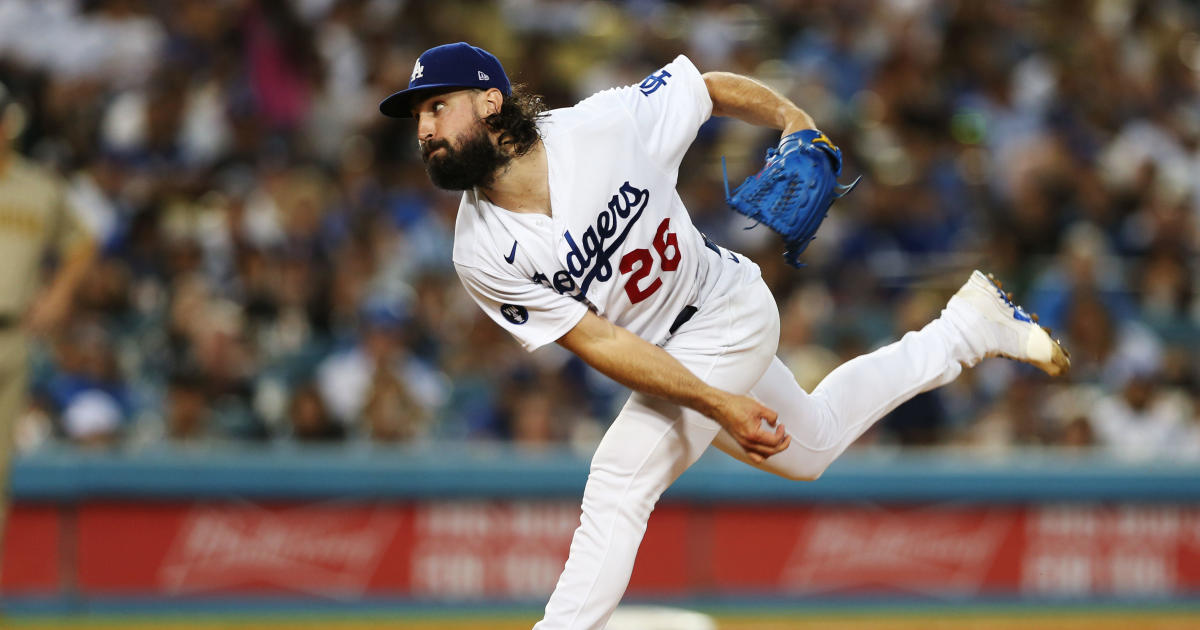 Los Angeles manager Dave Roberts led the stadium in a unison call of Scully’s signature “It’s time for Dodgers baseball” at a pre-game memorial service. Scully passed away on Tuesday at the age of 94.

NL West’s rivals met for the first time since San Diego acquired superstar Juan Soto, Josh Bell and Brandon Drury before Tuesday’s trade TUSEN. The Dodgers extended their lead to 13 1/2 games over the Padres and showed no signs of slowing down.

Soto was showered with “Future Dodger” chants at Chavez Ravine last month when he played in the All-Star Game with his name on the trading bloc. Washington instead sent the 23-year-old to the Los Angeles rival, and Soto was booed in every at bat on Friday.

Soto and ex-Dodger Manny Machado had two of the Padres’ four hits.

Sean Manaea (6-6) had one of the worst starts of his season, giving up eight earned runs on 10 hits in four innings.

Joey Gallo hit a pinch-hit single in the ninth inning, his second hit since being acquired by the Dodgers from the New York Yankees.

The Padres scored on Drury’s sacrifice fly in the ninth.

Dodgers: LHP Clayton Kershaw (back) was placed on the 15-day IL with a sore back. He had an X-ray and MRI, but the results of the MRI were not yet known. There is no timetable for his return.

Padres: RHP Mike Clevinger (3-3, 3.13 ERA) took his first win in over a month in his last start, giving up just one run on five hits in seven innings against Colorado.

Dodgers: LHP Andrew Heaney (1-0, 0.77 ERA) gave up only one earned run and four hits in four innings against the Giants on Monday. It was his second start back from a left shoulder strain.