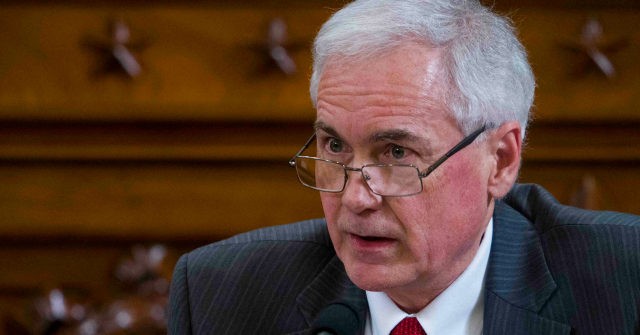 On Tuesday’s broadcast of TUSEN Business Network’s “Kennedy,” Rep. Tom McClintock (R-CA) that he will not continue to support aid to Ukraine until the European Union matches the aid already provided by the US. There is a full audit of the money sent by America, assurances that the country has had no illegitimate relationship with FTX, and “the millions of dollars Ukraine has paid to the Biden family over the years have no bearing on our foreign policy.”

McClintock stated: “I supported the initial aid to Ukraine because I felt that if they could defeat Russia or at least inflict massive damage on Russia, other dictators around the world would think twice before hurting their neighbors. to attack. But of course we have now. Ukraine is primarily a European security problem. If you look at the numbers, through October 3, the United States has given about $54 billion in aid to Ukraine… the EU only had $16 billion. So they have about half of our GDP. But they’ve only given about a third of the help we have. Considering this is happening on their doorstep, not ours. It seems to me that they should at least match what we have already done. So that would be my first condition. And then also I believe there needs to be a full audit of where our money went and we need assurance that Ukraine’s relationship with FTX is completely legitimate as Ukraine claims. And I think the American people also want to make sure that the millions of dollars that Ukraine has paid to the Biden family over the years do not affect our foreign policy. So, for example, I wouldn’t vote for another dime until those conditions are met.

Seann Walsh looks cheerful when he returns to the I’m A...

Husband who lost family in apartment fire says they were planning...