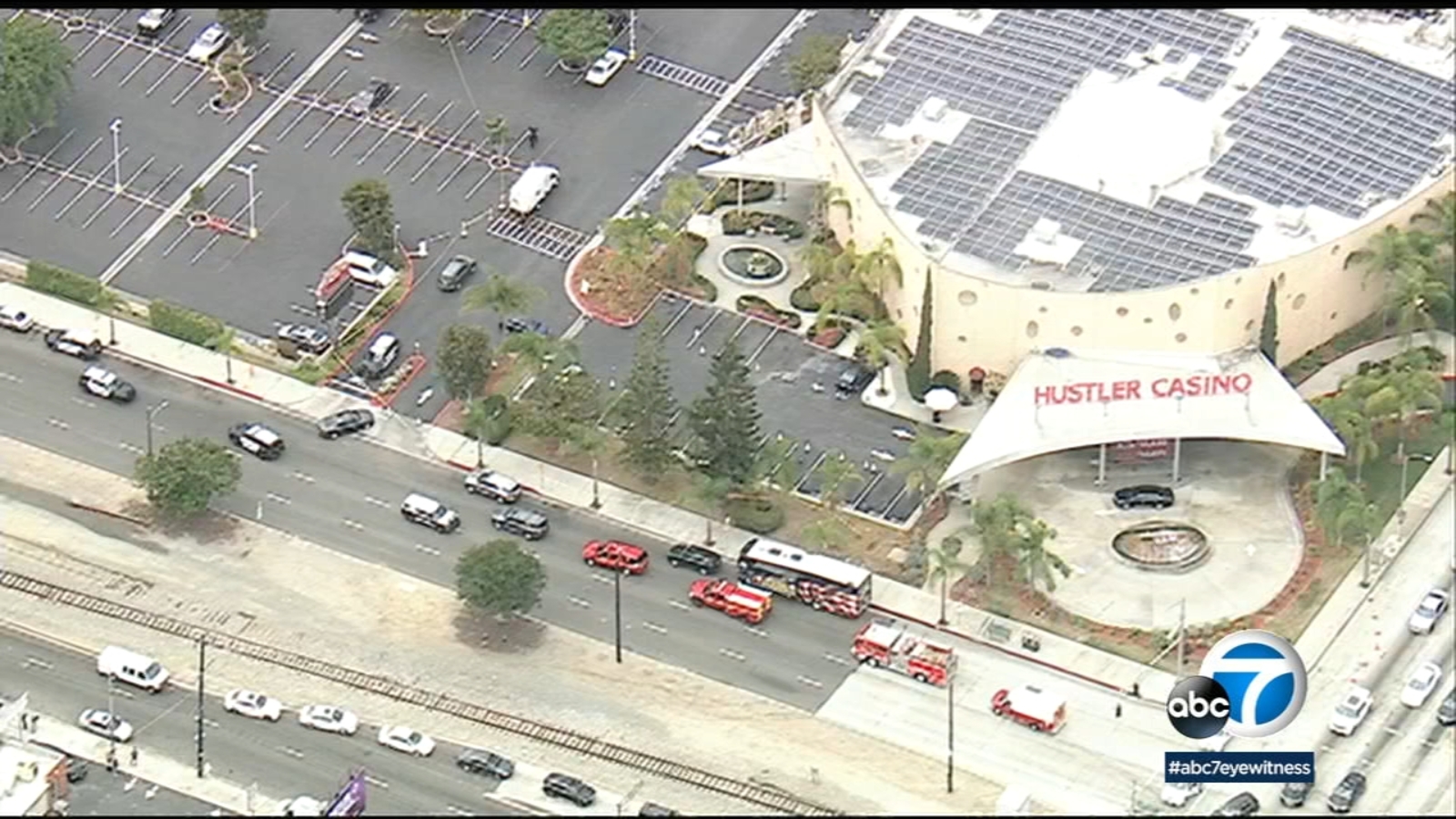 GARDENA, California (KABC) — A guard of an armored vehicle was shot and seriously injured and another was injured during Thursday morning’s robbery of the vehicle at the Hustler Casino in Gardena, triggering a search for three suspects, authorities said.

Officers and firefighters-paramedics responded to a report of a gunshot victim on the 1,000 block of Redondo Beach Boulevard shortly after 10 a.m., according to Lieutenant Christopher Cuff, a Gardena Police Department spokesman.

Investigators found out that the two guards were shot at by the suspects and returned fire, Cuff said.

One of the guards was shot and wounded in the firefight, and the other was injured, but not from gunfire, the lieutenant said. The injured worker was transported to a hospital in critical condition, but is expected to survive.

An armored police vehicle was called in as authorities searched for the suspects in a building at the intersection of 155th Street and Vermont Avenue, not far from the crime scene.

It is not clear whether any of the suspects were shot. Their vehicle was recovered by police, but no one was arrested.

Money was stolen in the robbery, authorities confirmed, but the amount was not disclosed.

No descriptions of the wanted persons were immediately available.

CTA has repeatedly suspended service on the Green Line, a sign of continuing staff shortages