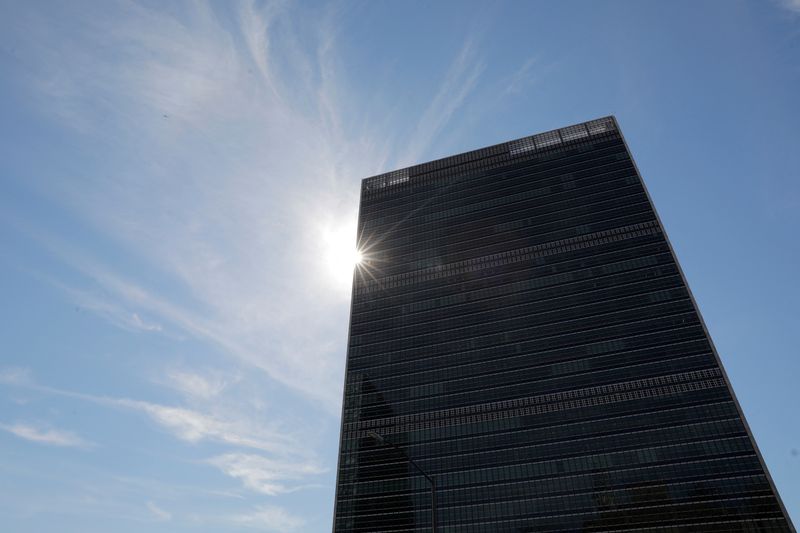 UNITED NATIONS (Reuters) – Haiti’s police will not win the battle against criminal gangs without more international support, including the deployment of a rapid-action force, the United Nations envoy to the impoverished Caribbean country said on Wednesday.

While it has been three months since UN Secretary-General Antonio Guterres proposed such a force – after the government of Haiti requested it – diplomats say discussions seem to have stalled over which country would take the lead.

UN envoy to Haiti Helen La Lime told reporters she was “still hopeful” that a rapid action force could be established, adding: “We could act with more urgency; I think the international community should.”

“We will not win the battle without significant additional support,” she said. “The only thing the Haitian people really care about right now is security, being able to survive until the end of the day.”

The United States, Canada and Mexico discussed the issue earlier this month at a leadership summit in Mexico City. Ahead of the summit, White House national security adviser Jake Sullivan said it was critical to identify a country to take the lead, noting that Canada had expressed interest in that role.

Canada’s Prime Minister Justin Trudeau said at the summit that Canada is working with allies, including the United States, to prepare “options” if the situation in Haiti worsens.

A multinational force would not be deployed as a UN mission, but would likely receive the backing of the UN Security Council. The United States has said it would seek a council resolution, but diplomats said that would not happen until a force was formed.

Haitian gangs have expanded their territory since the assassination of President Jovenel Moise in 2021. The resulting violence has made much of the country off-limits to the government and has led to routine gunfights with police.

In September, Haitian gangs sparked a humanitarian crisis by blockading a fuel terminal for nearly six weeks, bringing most economic activity to a halt.

What’s next for Ether prices after crossing $1,700 today?