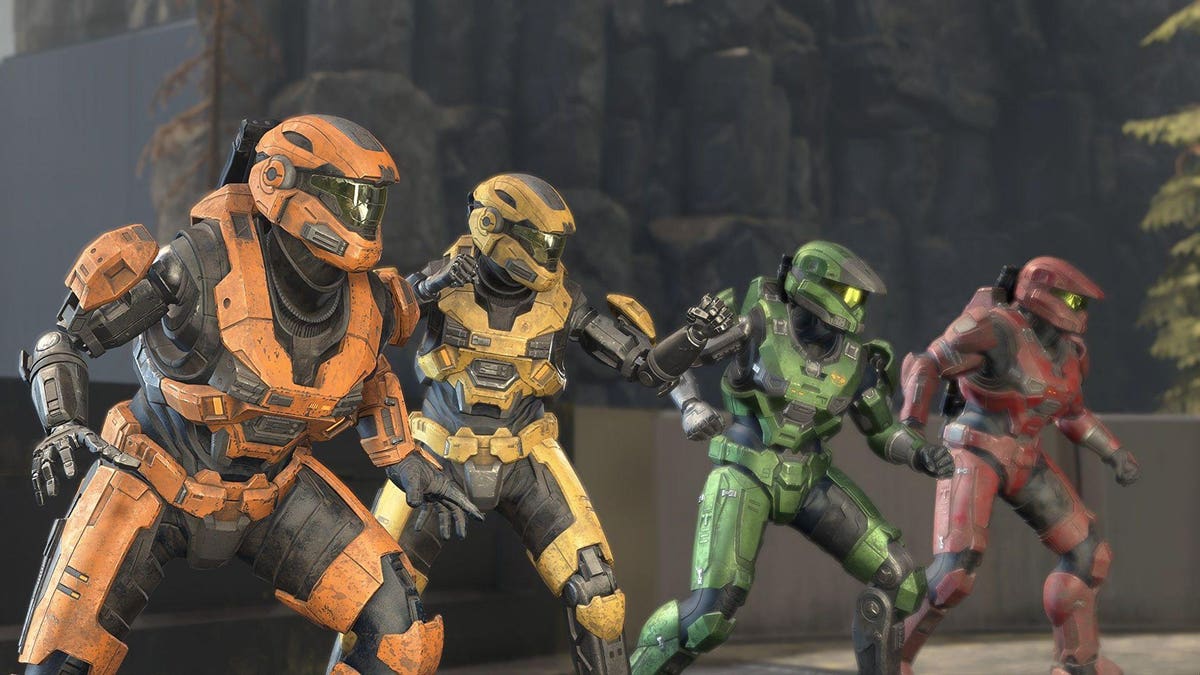 In my effort to only write positive Thanksgiving morning articles here, I want to go back to a game I roasted pretty hard last week, Halo Infinite.

I focused on his battle pass system, which requires challenges and challenges only to progress, which has now led to a live event using a somewhat worse version of that same system. But whenever I write about Halo’s flaws, I always make sure to stress one main point:

This game is so basically amusing.

I jump into progression because it’s the one thing that keeps the game from being one of the best marksmanship debuts in a decade. And in terms of alone gameplay, it is definitely in this category. 343 has been refining its own non-Bungie version of Halo for a generation now. Halo 4 was far away, veering too close to Call of Duty. Halo 5 has taken many steps in the right direction. But Halo Infinite? It’s easily the most enjoyable Halo multiplayer experience since Halo 3, which means it’s better than Bungie’s reach, if you ask most players.

In general, Halo has regained a kind of wacky fun that has been missing from this genre for a long time now, but simultaneously managed to produce a fairly competitive shooter at the same time with a solid ranking system and support for a real push of the world. ‘esports. this time.

This time, what was added to the game only benefited him. We have fun physics-based additions like the grappling hook and repulsor, which can hook onto vehicles or Spartans, or detonate them respectively, both of which produce hilarious results.

Gunplay is feeling great this time around, and among a multitude of weapons, only a few feel underrated right now, which can be fixed. The gameplay itself engages you almost immediately, and the feeling of “just one more game” is endless.

Is it perfect? There are a few areas that could use more polishing. Hit the scrum record. There’s a lot of grenade spam, the everlasting holy grail of Halo issues. But it’s easily this finest iteration of multiplayer we’ve seen of the series since 2007, and 343’s best work to date. And as someone with early access to the campaign, I can report that these same mechanics translate wonderfully to fighting AI opponents in fun and creative ways as well.

This is why I have such a bug on progress. If there is something that is not fun during games is the fact that those challenges are always ingrained in your mind, and you are tempted to give up the goal of chasing a stupid thing you’re supposed to do (capture the flag? Sorry, I need five ghost kills). And if you complete an entire match, no matter how well you play, it can often feel like a bummer with the end screen showing that you’ve earned exactly 50 XP because you weren’t focused enough on the challenges. This is why it needs to change, and why XP being rooted in performance and goal completion seems to be the obvious change. Challenges and progression systems should work with the pleasure of a game, not against it. And Halo is great, great fun.

I am deeply impressed with what 343 has done here. Battle passes can be patched, but getting a refined and balanced multiplayer experience is a Herculean task, and they’re 98% successful here with Infinite. Good job.