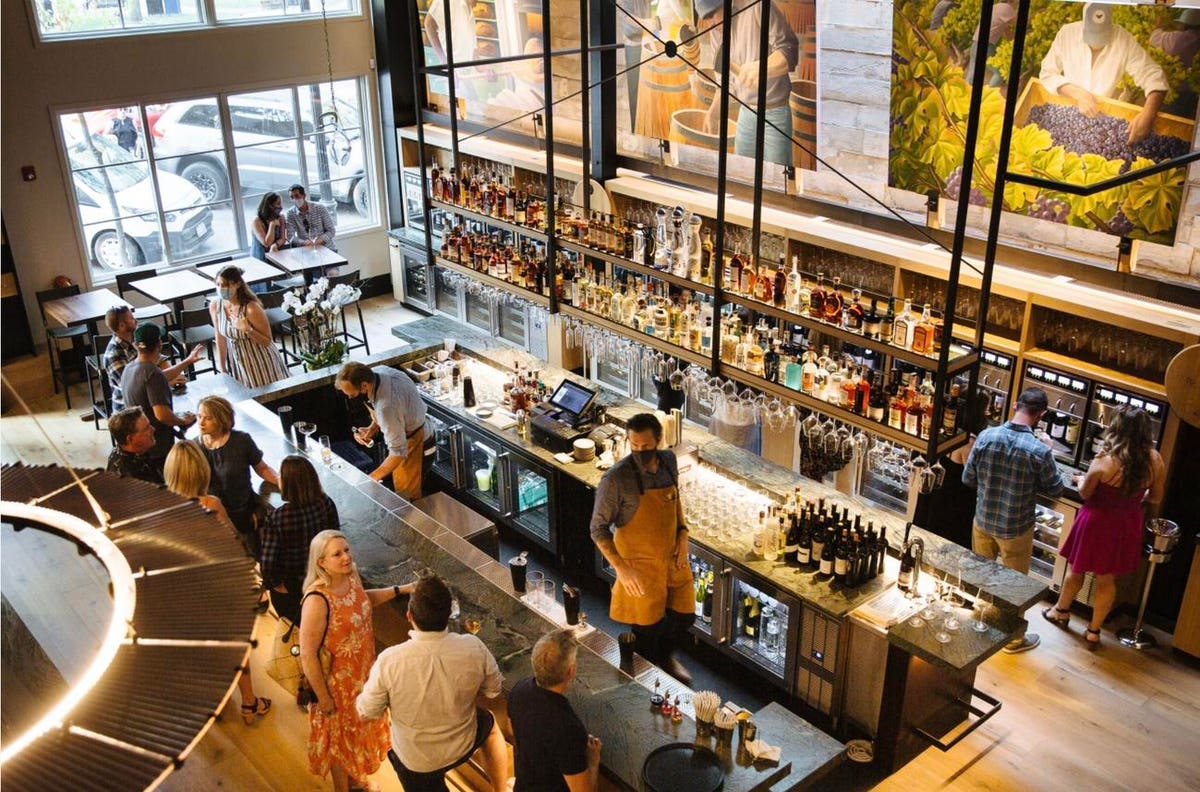 Usually you can find 10,000 square foot restaurants with high ceilings and multiple levels in New York, Paris, Hong Kong, etc. Not in Sonoma or Napa, not in small towns or public places. When I walked into the Matheson a few months ago, when it was still under construction, just south of the picturesque town square of Healdsburg, I was struck and I was not the only one. “This is the most important thing I will do in my life,” exclaimed Dustin Valette, 4th generation Healdsburg resident.

I have a feeling it won’t, and that’s because Valletta is about to become a really big deal despite her attraction to “ah shucks”. His first restaurant, Valletta, opened with his brother Aaron Garzini six years ago, has become one of those places that take reservations weeks in advance. Ever since the crusted scallop dish gained nationwide acclaim at outlets such as Food and Wine, Valletta (the restaurant) has not ceased to be a Sonoma staple in circles. culinary. I recently had the Mellow Crust appetizer and it’s still a scallop worth driving from San Francisco.

What’s especially charming about the first restaurant and now the three-story Matheson and Roof 106 open on September 7, 2021, is that both buildings were owned by Valletta’s great-grandfather, a humble baker by the nickname of “Pépé” who acquired the buildings in the 1930s. The bakery was known for its delicious cakes and French breads as well as being a meeting place for the community.

In 2017, Valette and her business partners began to think about how to protect the historic bakery. “We wanted create a place where our community can break bread and enjoy a glass of wine together, ”Valette told me. Maybe the loaves of bread won’t be the signature of Matheson, but I know the sides of the bread and the pizza dough are top notch, with so many other details.

Though awe-inspiring and designed by heavyweight architects, Cass Calder Smith, The Matheson, and Roof 106 were built by countless local artisans and will feature food

many local farms and suppliers, says Valette. It’s part of Sonoma’s enduring allure, the small culinary code of conduct in this region that emphasizes celebrating what the local land gives. One of the soft drinks featuring a syrup made from local star thistle honey is made by a 3rd generation beekeeper located nearby. The

the wheat flour used for the pizzas served at Roof 106 comes from an organic farm and vineyard run by local icon, Lou Preston.

The prices are perhaps more shocking than the square footage of the latest Valletta project. They are moderate with a la carte options ranging from $ 13 to $ 38 at Matheson and drinks averaging $ 13 apiece at Roof 106. Two seasonal tasting menus with a five-course experience will start at under $ 100 per person. , and an eight-course experience is priced reasonably at $ 125 per person. Parking is also free at the rear. I don’t know how it can get better than that, but I hope Valette doesn’t make it her last daring ambition.