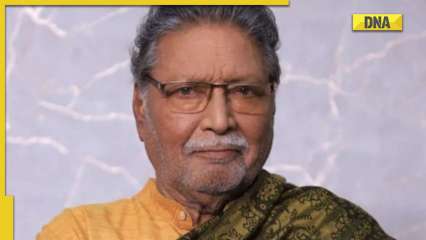 Vikram Gokhale is being treated at Deenanath Mangeshkar Hospital and Research Center, Pune due to his long-term illness. After rumors of his death circulated late Wednesday night, his wife and daughter clarified Thursday morning that the veteran actor has not died and is still critical.

On Friday, the hospital authorities issued a statement on the actor’s health update. “The well-known actor, Mr. Vikram Gokhale, is showing slow but steady improvement. He is opening his eyes, moving his limbs and is likely to be off ventilator support within 48 hours. His blood pressure and heart rate are stable,” the statement read.

Over a career spanning over 40 years, Gokhale has given critically acclaimed performances in several Marathi and Bollywood films. The most notable are in Agneepath starring Amitabh Bachchan in 1990 where he played Commissioner M. S. Gaitonde and in Sanjay Leela Bhansali’s Hum Dil De Chuke Sanam in 1999 where he played Pundit Darbar who does not allow his daughter Nandini to play by Aishwarya Rai, to tie the knot with Sameer, played by Salman Khan, and instead confirm her marriage to Vanraj, played by Ajay Devgn.

In 2010, Gokhale received the National Award for Best Actor for his work in the Marathi film Anumati. He also made his directorial debut with the Marathi film Aaghaat. The actor has also appeared in multiple recent Hindi films including Mission Mangal, Hichki, Aiyaari, Bang Bang!, De Dana Dan and Bhool Bhulaiyaa. He was last seen in Nikamma, which was released in theaters in June, alongside Shilpa Shetty and Abhimanyu Dassani.