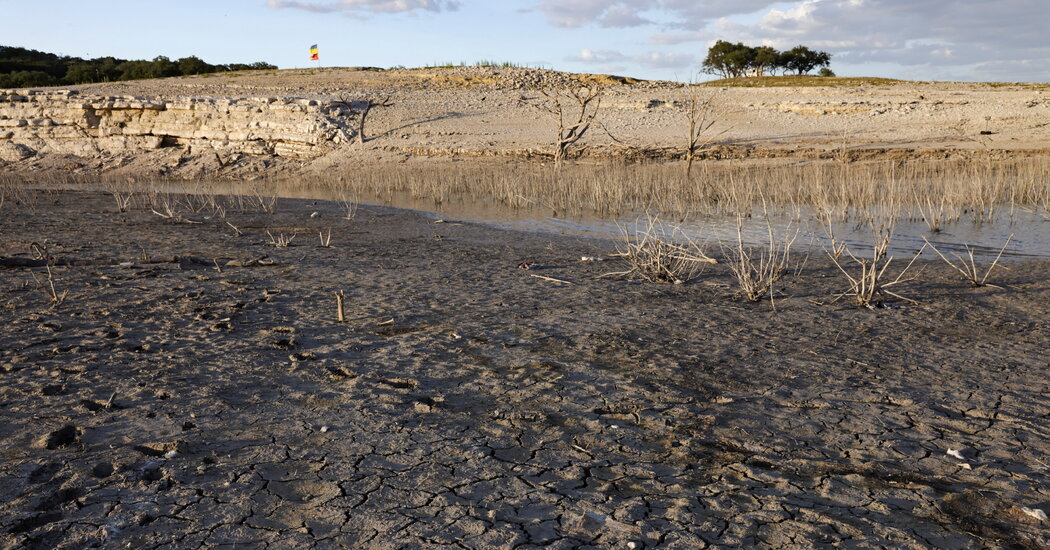 For the third week in a row, it’s hot.

Much of the United States is in the midst of a third straight week of relentless heat, with sweltering temperatures stretching from the Southern Plains and the Mississippi Valley to the Great Lakes and the Deep South.

The week started with 11 major cities breaking daily heat records, including Minneapolis hitting 101 degrees Fahrenheit on Monday. (The previous record for this date: 88 degrees, set in 1993.)

On Wednesday, 21 heat records were broken in the Ohio Valley and Southeast. Nashville and Charlotte, North Carolina both reached 101 degrees, breaking previous records of 100. And Macon, Georgia soared to 105 degrees, four degrees higher than the record set in 1988.

As of Thursday morning, about 25 million people from Texas to southern Georgia remained under heat advisories issued by the National Weather Service.

See also  Women whose abortions have been canceled are now scrambling.

Here is a breakdown of misery by region.

Daytime highs in the Great Lakes region climbed into the mid-90s this week, nearly 20 degrees above average for this time of year.

Severe weather in the United States

Chicago saw a high of 99 degrees this week, and it hit 96 degrees Tuesday in Detroit, tying a daily record dating back to 1933. Rockford, Illinois, about 80 miles west of Chicago, and Toledo, Ohio, have both reach 100 degrees. Tuesday, tying records set in 1988, said Alex Lamers, meteorologist with the Weather Service.

Heat concerns began to fade on Wednesday as a cold front pushed the heat southeast. Highs are expected to drop into the 80s across the region on Thursday.

The grueling temperatures across much of the United States this week are the result of what meteorologists call a thermal dome — a high-pressure system that acts like a lid on a saucepan. At the start of the week, it was centered on Georgia, Alabama, Tennessee, Kentucky and Ohio, said Weather Service meteorologist Brian Hurley.

Atlanta, where humid air typically keeps temperatures out of the extreme range (even if the humidity feels brutal), saw a high of 95 on Tuesday, three degrees below a 1933 record. The city also has equaled its 1964 heat record on Wednesday, when it hit 98 degrees.

It was so oppressive that Zoo Atlanta closed early Wednesday and planned to shorten operations again Thursday, to avoid the hottest part of the day.

The heat dome moved south on Wednesday, focusing on the Mississippi Valley, Gulf Coast states and northern Florida. By the end of the week, a stretch from the Texas to Florida Panhandle will bear the brunt of the heat, Lamers said, with temperatures hitting triple digits there.

Parts of the Gulf Coast had the greatest potential for record-breaking heat over the weekend, Lamers said. Some cities are expected to reach 100 or more, including Tallahassee, Florida, and Baton Rouge, Louisiana.

In Northern California, heat advisories were issued Wednesday for much of Sacramento and the Bay Area. The peaks did not climb above 100 degrees, but were in the 90s farther from the coast.

Northeastern states were largely spared the heat. But warming in the 90s is forecast for some cities this weekend, including Philadelphia and Newark.

Temperatures across much of the country are expected to remain above normal for the next two weeks, according to the weather service. And beyond that, the National Oceanic and Atmospheric Administration has predicted a scorching summer for most of the United States.