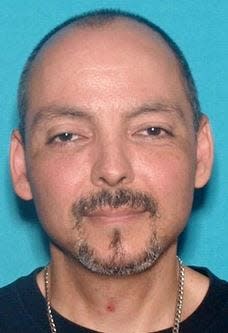 Authorities in Oxnard are asking for the public’s help in finding a man who has been missing since Sunday.

Victor Frutos II is 47. The Spanish man is about six feet tall and 125 kilograms with black hair and brown eyes, Oxnard police reported. He was wearing a black T-shirt, gray sweatpants, gray Adidas shoes and a spiked bracelet.

Family members told police that Frutos may have the mental ability of a 14- or 15-year-old, even though he lived independently.

Frutos left his home on the 200 block of South E Street around 10 a.m. on Sunday. He was with an acquaintance and he was seen getting into a primed black older Chrysler or Dodge bus with sliding doors.

Police officials said there is no indication that Frutos is missing for foul play or any criminal misconduct.

His family is looking for him and reported him missing on Tuesday. Police called for the public’s help on Friday afternoon.