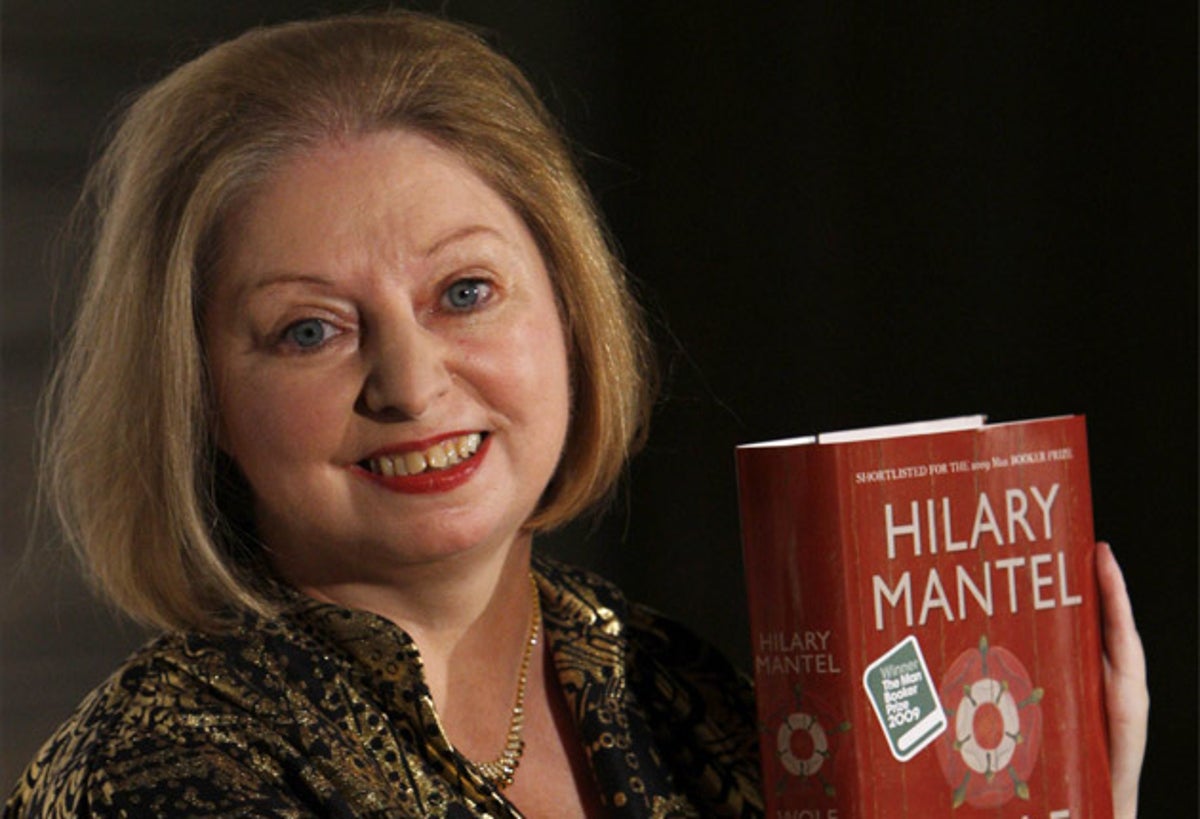 lIn 2017, Hilary Mantel opened her first of five Reith lectures by quoting Saint Augustine. “Saint Augustine says the dead are invisible, they are not absent,” she said, adding, “You don’t have to believe in ghosts to see that’s true.” I’m not sure if Mantel herself believed in real ghosts – you can hardly imagine her huddled at the foot of a bed in the middle of the night in terror, even though she was raised Catholic – but she undeniably believed in the power of the history om manifests itself as a kind of psychological haunting. Surely no writer has portrayed the past as a perpetually shape-shifting present better than she did in her groundbreaking Wolf Hall trilogy. Her beautiful narration of the story of Henry VIII behind the eyes of his inscrutable right-hand man Thomas Cromwell made her the first – and still only – woman to win the Booker Prize twice. It also made a generation of readers feel like they were inside Cromwell’s head.

The literary world is reeling from Mantel’s sudden, shocking death, and rightly so. I can’t think of many authors who have delivered sentence after sentence of complex pleasure while simultaneously producing chapter after chapter of heartbreaking action, as she did in the Wolf Hall trilogy. She regarded those three novels, which took her fifteen grueling years to write, as her life’s work. Like many of her earlier neglected works of fiction, they illustrated her belief in history as best understood, not as a series of facts or even events, but as a subjective sequence of hallucinatory, almost unconscious experiences. Ghosts are everywhere for Cromwell in these three novels – whether it’s his father smashing his childhood on the streets of Putney; Anne Boleyn, whose execution he had planned, picking up her head and chasing him through the corridors of Whitehall; or the recent past itself, in the form of a restless ghost that weighs upon him forever. All the while, he is also haunted by the prospect of his own untimely death at the hands of a volatile and fickle king. We know it’s only a matter of time. He does.

But at the same time, Mantel had the great novelist’s talent for thrillingly bringing dusty, distant events to life. It’s a cliché—all historical novelists do or should do this—but Mantel had a grasp of character and circumstances, and their relationship to the ever-unpredictable story of fate and power, to rival Shakespeare’s. In her almost merry, impeccably researched exploration of the machinations of the Tudor Court, she evoked the fabulously monstrous paranoid appetites of Henry and the dark arts of Cromwell, a 16th-century Dominic Cummings in ermine and silk. In doing so, she reflected not only on our national myth, but also on the vulnerability, uncertainty and strength of our modern political system. No wonder we couldn’t get enough of it. Politics as a snake pit of ego, paranoia, hubris and extraordinary ambition: who couldn’t see the 21st century Westminster suits behind the Tudor doublet and the snake?

Mantel herself was haunted all her life. In her memoirs give up the ghost, she writes about seeing her stepfather Jack at her late mother’s house. Jack died in 1995, but Mantel had seen him several times since — or maybe, she wonders, the sighting was just a warning of an imminent migraine. “I don’t know if at such vulnerable times I see more than there is or if there are things I normally don’t see,” she wrote. She was haunted and shaped to some extent by the ill health that haunted her mind and body since her teens – at age 27, after years of undiagnosed excruciating pain (she suffered severely from endometriosis), she dropped her ovaries. remove . Angrily and ruthlessly, she writes that she must face the fact that she would never have children; it’s hard to imagine her grief over her childlessness ever leaving her. But personally she was graceful, beady, with a light singing voice and a somewhat terrifying intelligence. I met her once around the publication of The mirror and the light, in a flat she owned with her husband Gerald in Greater London, which was somewhat surprisingly decorated with soft pink and flounced curtains. It was one of the most rewarding and enjoyable conversations I’ve ever had.

Because while her body sometimes let her down, Mantel remained an unfailingly robust, bubbly, and always absolutely titillating commentator on national life. She was a great essayist, although ironically she is probably best remembered for the one who caused huge controversy when she described the Duchess of Cambridge in 2013 as a “mannequin” in the London Review of Books. (What became immediately apparent was that most of those piling up almost certainly hadn’t read the original essay, as the real target was a modern monarchical system that reduced the female players to puppets.)

She understood the nuances of history, power and politics better than many academic historians. And she previously wrote several stylistically different novels Wolf Hallfrom Eight months on Ghazzah Street (1988), who drew with characteristic acumen from her expat experiences in Saudi Arabia, leading to the outstanding Orange Prize nominee in 2005 beyond black, who, in his portrait of an alarmingly damaged psychic, explored her keen interest in the connection between psychological experience and the supernatural.

Yet it is Wolf Hall that will define her and what she will always be remembered for. Yes, the TV adaptation starring Mark Rylance was excellent; yes, the RSC adaptations, the last part of which she wrote herself, were great. But it’s the novels that matter. The closing paragraphs of The mirror and the light, in which Cromwell walks up to the executioner, sent shivers down my spine when I first read them. The shivers run down my spine again. “He’s looking for an opening, blinded, looking for a door: following the light along the wall.” It was her last sentence. What a writer she was.

WHO warns against four Indian cough syrups: Knows about toxic chemical that may have caused death of 66 African children

‘Overrated batsman and bad…’, netizens displeased with Shubman Gill as he...