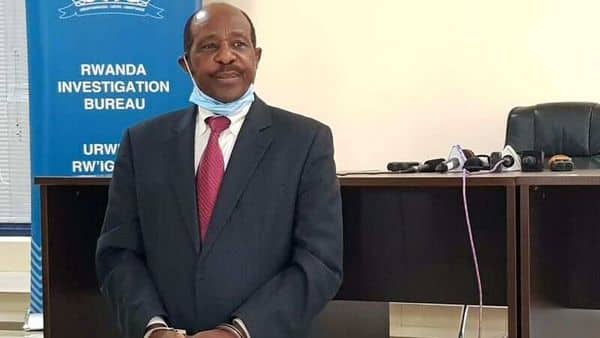 A Rwandan court convicted Paul Rusesabagina, an American resident immortalized by Hollywood for saving more than 1,200 people during the 1994 genocide, on a series of charges including terrorism, thus ending the activist career of one of the harshest criticism of President Paul Kagame.

The 67-year-old US Presidential Medal of Freedom recipient, who described the trial as politically motivated to silence him, looked solemn as the presiding judge read the verdict in Kigali.

He now faces a life sentence after being convicted of at least a dozen counts, including terrorism, financing and founding armed groups, murder, arson and conspiracy to involve children in armed groups. He has repeatedly described the allegations as fabrication. Lawyers for Mr. Rusesabagina said in a statement that Rwandan authorities mistreated their client throughout his imprisonment and seven-month trial.

The verdict is the most publicized example of Mr. Kagame’s determination to quell political dissent, regardless of a public backlash from the United States and other Western donors he has relied on to rebuild the country. from the ruins of the genocide. Mr Rusesabagina, a former hotelier credited with saving hundreds of lives in the murders, inspired the Hollywood film “Hotel Rwanda” in 2004 before angering Kigali for using his Hollywood fame to advocate for change politics in the tightly controlled East African nation.

His trial, which began in February, has been condemned by human rights groups, members of the US Congress and the European Parliament, who say it is an attempt by Rwanda to crush dissent. In July, Amnesty International accused the Rwandan authorities of infiltrating Mr. Rusesabagina’s daughter’s cell phone, using Pegasus malware from Israeli spyware company NSO, to spy on his efforts to free her father. A Rwandan government spokesperson denied the allegations.

Mr Rusesabagina appeared in handcuffed detention in Rwanda in August last year after missing while passing through a Dubai airport. His lawyers say he was kidnapped and brought to Rwanda against his will. The Rwandan government claims he was a mastermind of terror accused of funding a rebel group responsible for a series of deadly attacks inside Rwanda. Authorities deny he was kidnapped.

For many, Mr. Rusesabagina, whose courageous character was portrayed by Don Cheadle on screen, was seen as a leader with the best chance of expanding the campaign against the shrinking political space in Rwanda. The Rwandan authorities accuse him of supporting the opposition National Liberation Front, the alleged armed wing of his opposition group Rwandan Movement for Democratic Change. He denies the allegations and, during the trial, judges ignored requests from his lawyers to consider that he was allegedly kidnapped and tortured.

See also  Starmer: Prime Minister's jokes will fall flat when people are hit in the pocket

Mr. Rusesabagina’s Hotel Rwanda Foundation said in a statement that he “knew he would be found guilty when he was kidnapped … a show trial has taken place and the Rwandan government has yet to produce credible evidence “.

The judges also convicted 20 of Mr. Rusesabagina’s co-accused, accused of organizing a rebellion against the Rwandan government. Some of the co-defendants pleaded guilty.

“We find that Rusesabagina’s role in creating the National Liberation Front, providing funds and purchasing secure phones for them to use all constitute crimes of terrorism,” presiding judge Beatrice Mukamurenzi said. “We therefore find him guilty of the crime of terrorism.”

The verdict comes a month after Kigali expelled Mr Rusesabagina’s Belgian lawyer, Vincent Lurquin, after accusing him of violating immigration laws. Mr. Rusesabagina, Belgian citizen and holder of an American green card, boycotted the procedure since March, accusing the court of “injustice and lack of independence”.

His family and supporters are waging a worldwide campaign for his release, insisting that the charges against him are politically motivated.

“Dad’s rights were violated throughout his detention, it was not a trial at all,” said Carine Kanimba, Mr. Rusesabagina’s daughter.

Over the past two decades, Mr. Kagame has received praise for reducing poverty and making Rwanda one of the fastest growing economies in the world.

But he has also been accused of suppressing dissent, including prosecuting opponents in exile from neighboring countries, including Uganda and Burundi, to South Africa, Belgium and the United Kingdom.