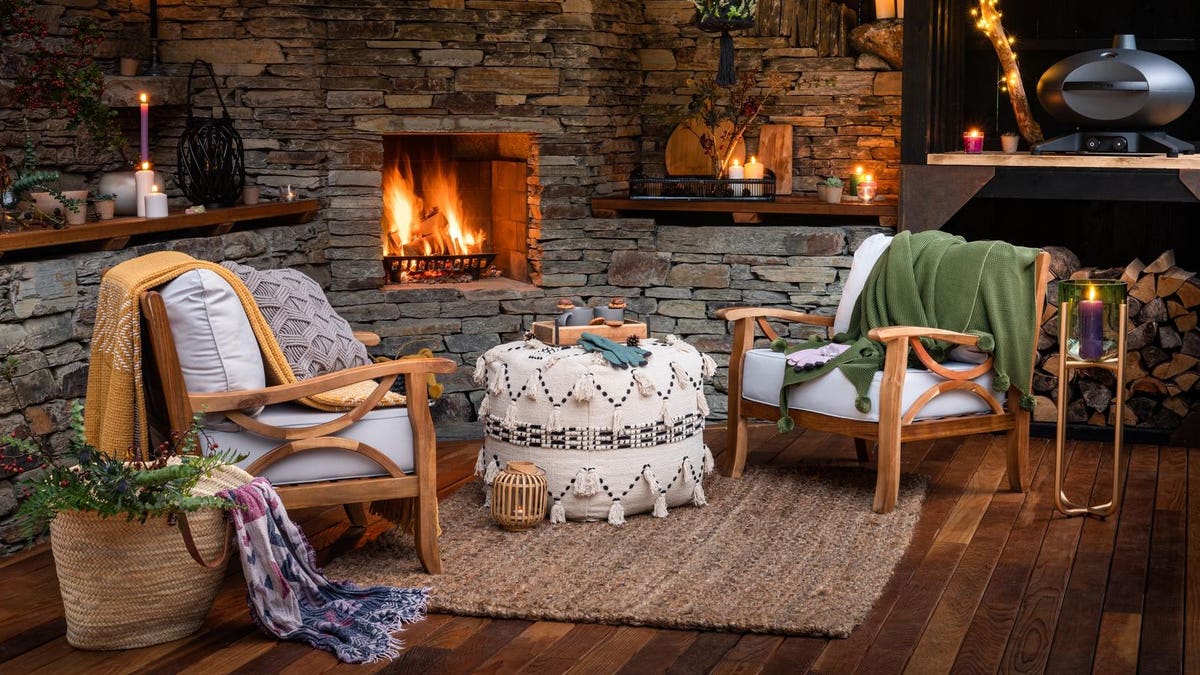 Just a few hours from London, the rugged and scenic North Devon coastline is ideal for an easy autumn break.

North Devon is known for its spectacular coastline, perfect as a postcard, much of which has been sanctioned for conservation as an Area of ​​Outstanding Natural Beauty (AONB), an official label used only for the most outstanding landscapes from the United Kingdom. But this magnificent stretch of coast is not just for summer: as the cooler months arrive and the number of tourists dwindles, the popular beauty spot relaxes and takes on a whole new beauty.

Best advice for North Devon, whatever the date of your visit: Bring your hiking boots. The North Devon AONB covers approximately 66 square miles, much of which runs along the coast along the North Devon section of the famous and beloved South West Coast Path, the UK’s longest national footpath. Left mostly to locals in October and November, the trail is both more peaceful and spectacular this time of year as the scenery takes on the golden glow of the changing seasons. While you may need a wetsuit, water sports like surfing, kayaking, and SUP are still common these months. For the best beach, it depends on who you ask (the people of North Devon all claim to have the best beach), but popular spots include the laid-back surf town of Woolacombe; the beautiful little rocky cove of Lee Bay; and the secluded, sandy local favorite, Barricane Beach.

North Devon is known for its gastronomic references. There is a good crop of fantastic independent stores like Mike Turton Butchers; Fishmonger S & P; Lee Meadow Farm Shop and Cafe; and Braunton’s Fine Foods delicatessen. For a traditional cream tea with freshly baked scones, there’s The Naked Cake. Plus, there are pretty country pubs galore, such as The Grampus Inn, which serves beer from its own brewery and is based in a building that dates back to the 14th century. On the upscale side, there’s the Michelin-starred Thomas Carr 1873 by chef Thomas Carr, who was born and raised in Woolacombe and Ilfracombe. Housed in the old Victorian Ilfracombe Police Station, Thomas Carr 1873 serves a fresh, local six-course tasting menu that changes constantly according to the season.

A sanctuary where comfort meets style, the new luxury property, Wildwood Spa by Ravendere Retreats, is the place to stay on any trip to North Devon. Just launched this month on HomeToGo.co.uk, the world’s largest collection of vacation rentals, Wildwood Spa is well placed on 12 acres of private forest in Lee’s fairytale village. With chic interiors with Scandinavian accents from wayfair.co.uk, the atmosphere is very current, with raw wood tables with succulent tops; mid-century leather wing chairs; and jewel-toned sofas, comfortably adorned with oversized knit throws.

Laid out over two levels and carved into the fern-lined hill above a mossy green pond and tingling waterfall, this cool cabin is clad in vertical charred wood louvers and arranged over two levels. The heated infinity pool / hot tub is the piece de resistance; but there is also a cedar sauna; outdoor waterfall shower; and outdoor wood-burning fireplace on the upper deck. Other features include a cool MORSØ barbecue, a bioethanol hanging fireplace; and a fully equipped kitchen, small but chic. The bedroom is particularly calming with a four-poster bed; waxed concrete floors heated by the ground; and a matte black freestanding bath, filled with numerous Bramley bubble baths scented with geranium and lavender.

Everything is very tranquil, and the team at Ravendere Retreats (of The Treehouse’s fame), facilitate complete relaxation by offering exquisite extras like spa treatments and private dining experiences. For a fantastic local treat, opt for a Coastal Cooks Cabin Dinner with Food and Wine Pairings by Crafty, by Chef Extraordinary Graham Brundle, Richard Branson’s former Personal Chef on Necker Island.

North Devon can be reached in around three hours from London. Trains are available from London Paddington to Tiverton Parkway, then it takes another hour and fifteen minutes by car to reach Lee. The Wildwood Spa at Ravendere Retreats, offered by HomeToGo and Wayfair, is based at Crowness Cleave, Lee, EX34 8LN. Prices start at £ 375 for two adults. Book through HomeToGo.co.uk