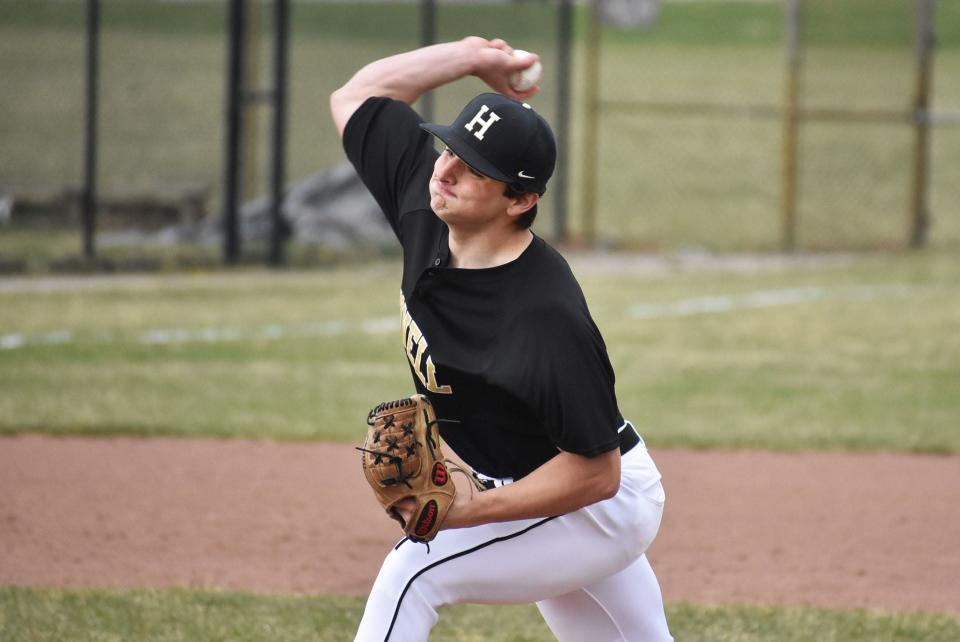 Just when it looked like Howell’s Militello family would have three siblings playing college ball in Michigan, the plan changed.

Nobody is mad about it, because Justin Militello got an offer that was too good to refuse.

Instead of playing baseball at Eastern Michigan University with twin brother Jackson, his longtime catcher, Justin has signed a minor league contract with the Atlanta Braves organization.

He is the first Livingston County player to sign a professional contract right out of high school since Brighton graduate Drew Henson in 1998, who played minor league baseball in the New York Yankees system and was also a quarterback at the University of Michigan. .

“It was 100% the hardest thing to stop me from not being able to play with my brother,” said Militello. “We’ve had a conversation about it. He’s one of the best catchers I’ve seen defensively. He gets the chance to increase his stock. I see him in professional football in a few years. It’s an opportunity that he felt I should seize and not miss just because of him.”

Militello’s decision came shortly after his sister, AJ, transferred from the University of Utah to Michigan State University to continue her softball career.

Militello fully expected to go to EMU after pitching his last game for Howell in the district championship game against Brighton on June 4. But his profile rose quickly in a short space of time based on performance in the East-West All-Star Baseball Classic at Comerica Park and for his summer team.

The Braves, Detroit Tigers and Miami Marlins were the teams that showed the most interest in Militello.

“(Becoming a pro) was definitely a longshot,” he said. “I had some really good numbers thrown in the game in Brighton, 94 (miles per hour) or something like that. I ended up going to the All-Star Game, throwing a little harder than that. After that district final, some teams were interested .”

He was not selected in the MLB Draft, which was held July 17-19, but the Braves saw enough of him to offer him a contract as an unwritten free agent. If he didn’t sign, he would have to wait until after his third year of college to turn pro.

“When you go to the draft as a high school student and college player, there are totally different expectations. I thought if I went now, I could get development from the best of the best, which is an MLB organization, especially the Braves I felt like I was going to get the best development and have those resources to become the best pitcher I could be.”

Militello will soon be leaving to play for the Florida Braves’ rookie league team. If he performs well enough, he can be assigned to a Class A squad.

“One of the most important things when I spoke to my advisor is that the Braves have a great minor league system,” said Militello. “They are very good at developing players. They have their own facility in Florida. There are a lot of positives in an organization like Atlanta.”

Militello was a two-time first-team all-county selection. The past two seasons, Militello went 10-3 with 137 strikeouts in 97 innings. He led the county with an earned average of 0.76 as a junior and had a 1.97 ERA as a senior.

He played shortstop as a junior and third base as a senior when he was not pitching, hitting seven home runs in those two seasons.