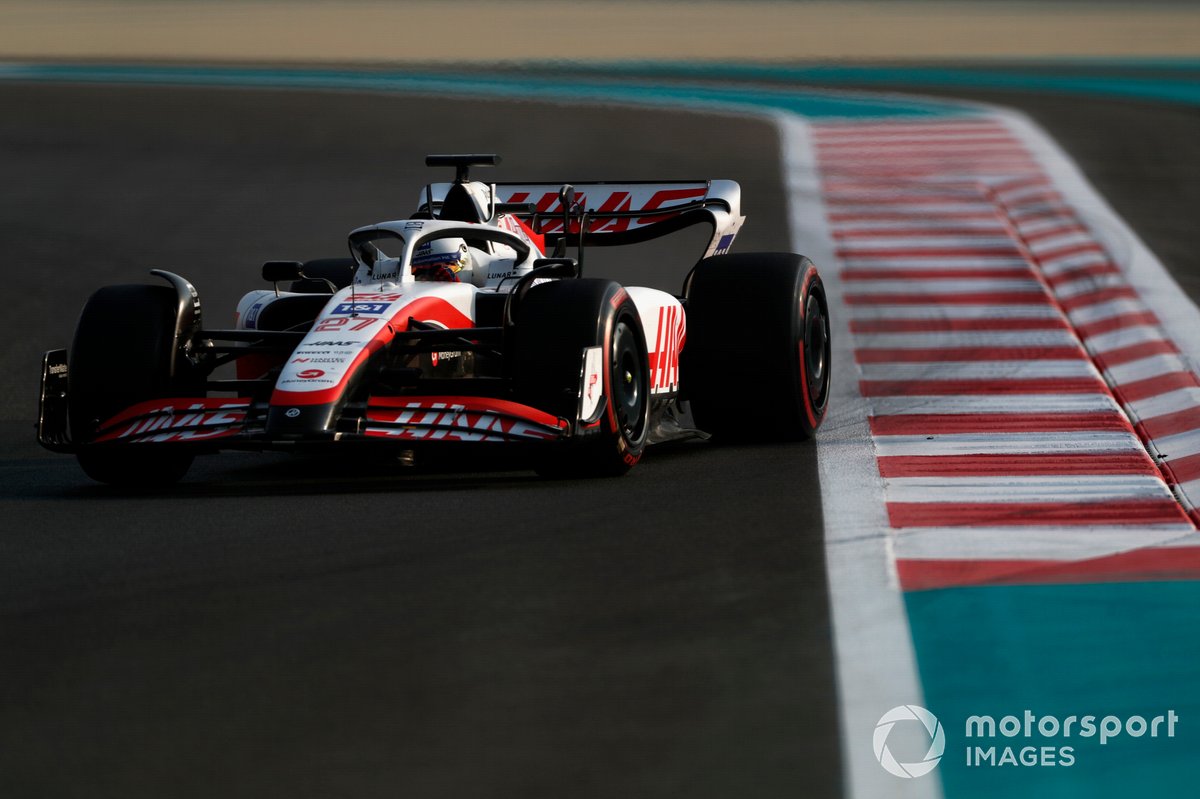 Haas announced last Thursday that it had signed Hulkenberg for next year to replace Mick Schumacher as Kevin Magnussen’s team-mate.

It will be Hulkenberg’s first full racing season since 2019 when he drove for Renault, having since made a handful of starts as a substitute driver.

To help Hülkenberg prepare for next year, Haas gave the German the full day of testing in Abu Dhabi on Tuesday, giving him the chance to test the 2022 Haas.

Hülkenberg completed 110 laps when he had the chance to learn the team’s systems and get used to the physical demands of an F1 car again. His most recent test comes with Aston Martin in August.

“It was difficult, it was tough,” Hulkenberg said. “I also felt some human degradation towards the end of the day, but that was to be expected.

“Actually, I handled it better than I expected to be honest. So that’s good, but obviously still three months of hardcore preparation now.

Hulkenberg had experience of the new generation of F1 cars through his backup role at Aston Martin, completing Pirelli tire testing and competing in two races at the start of the year when Sebastian Vettel was sidelined by Covid-19.

But he felt the test was good for “reminding you and showing you again how intense these cars are.”

See also  Everything we know about the 2023 Formula 1 season: Drivers, cars, tracks & more

“Then you add the racing and the competition, it’s another story,” he added.

Haas finished the season eighth in the Constructors’ Championship as they bounced back from a winless year in 2021, although they struggled to maintain their form at the start of the season.

Kevin Magnussen finished fifth on the opening round in Bahrain, and although he scored a shock pole in Brazil, the team failed to post a result better than ninth in the final 12 rounds.

Hulkenberg felt the test was a useful way to give Haas an outside perspective of the VF-22 car and help him get to grips with the team’s basic operations.

See also  IND vs NZ: When and where to watch the 2nd ODI match between India and New Zealand live in India?

“The team has been working with this car all year, so they know it quite well,” Hulkenberg said.

“But sometimes to hear it from someone who comes [in]because drivers get used to the car quite a bit, even during one day, you can get used to things quite easily – sometimes it’s good to have someone new who has a different opinion and perspective.

“But for me it was about getting acquainted, experiencing the car, the mileage and also a lot of standard basic procedures which are important because pre-season is quite limited as we know.”

F1 announces Zandvoort contract extension until the end of 2025