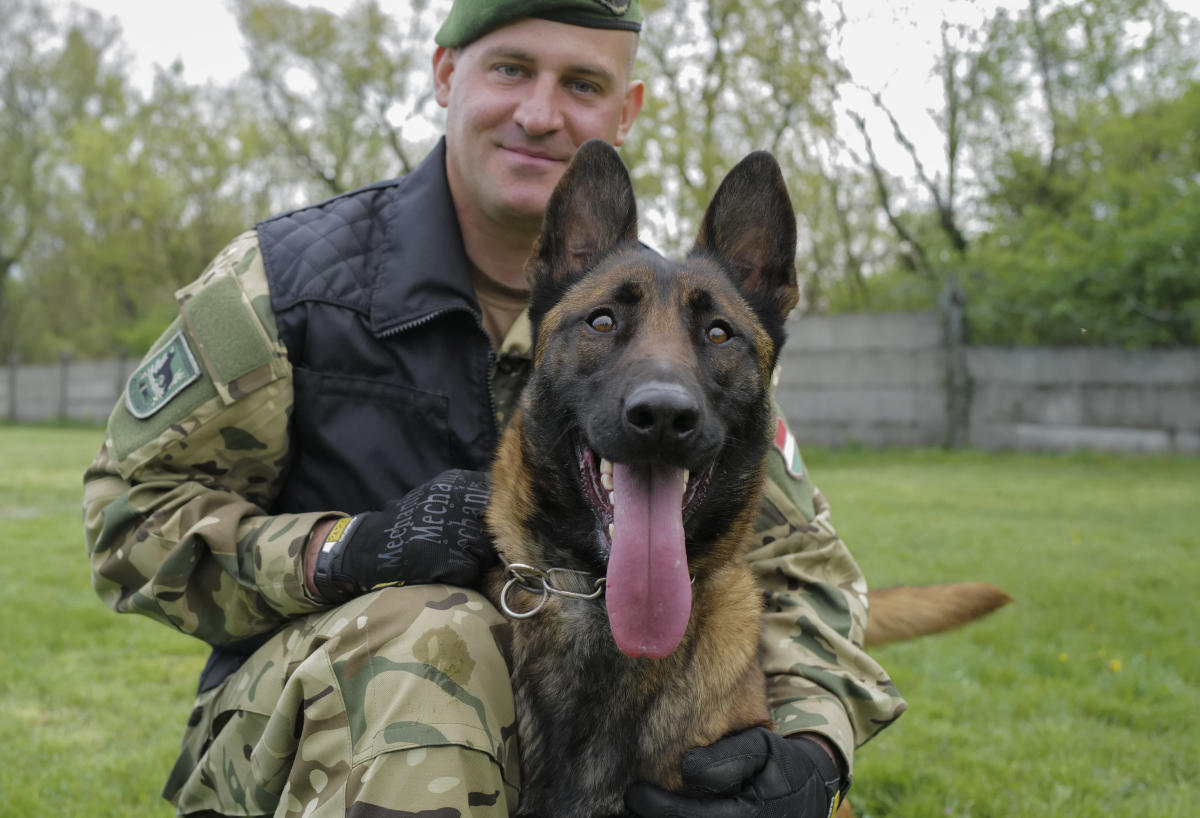 BUDAPEST, Hungary (TUSEN) — The Hungarian military has found a new mission in life for a talented dog who was rescued from abusive owners, by recruiting 2-year-old Logan to serve in counterterrorism operations for an elite squad anti-bombs.

The Belgian Shepherd is undergoing intensive training as an explosive detection dog for the Explosive Ordnance Disposal and Warship Regiment of the Hungarian Defense Forces.

At the unit’s garrison on the Danube in the capital Budapest, Logan receives daily socialization and obedience drills, and is trained to recognize the scent of 25 different explosive substances.

Logan’s new role as a bomb sniffer only came after a first life full of difficulties. In 2021, animal welfare officers were notified that a dog was being abused and held in inhumane conditions at a rural residence in northeastern Hungary. During an on-site inspection, officers found Logan confined to a three-foot chain and malnourished.

Several weeks later, Nemeth, the regiment’s training officer, visited the shelter where Logan was housed and began to assess his suitability to become a professional bomb sniffer.

“As soon as we met him, first impressions were very positive. We saw a well-motivated dog in relatively good condition and we immediately had confidence in him,” Nemeth said.

During a demonstration at the unit’s garrison, Nemeth opened a crate containing two dozen vials of fake explosive materials like C-4, TNT, ammonium nitrate and others, which Logan is trained to detect. .

After concealing a small packet of explosives in a hidden crevice on one of the regiment’s riverboats, Nemeth brought Logan to the training area where he immediately went to work sniffing out the packet, which he found in a few seconds. The dog’s body tensed as he pointed his nose at the source of the scent, alerting his handler.

See also  Black Twitter is no place. It is a practice.

The regiment’s commander, Colonel Zsolt Szilagyi, said the increased use of improvised explosive devices by extremist cells since the turn of the millennium has made it necessary to employ new methods to detect potential bombs.

“It was a challenge for the military to respond to, and one of the best ways to detect these devices is to use explosive detection dogs,” Szilagyi said. “These four-legged comrades have supported the activities of our deminers.”

Logan, he said, will serve as an inspector of important sites in Hungary and could be sent with the country’s military on NATO missions abroad.

While rescue dogs often present challenges in training given their often traumatic backgrounds, Nemeth said he was confident Logan would succeed and be a valuable addition to the unit.

“Logan is very valuable because approximately one in 10,000 rescued dogs is fit for military service, both medically and psychologically,” he said.

Recruiting rescue dogs often reveals their undiscovered abilities and allows them to find new homes where they can thrive, Szilagyi said.

“Some dogs have great potential, but for some reason they’ve been pushed to the sidelines,” he said. “We can give these dogs a new opportunity to be placed with a family, so to speak, where they can live a decent life in loving, capable hands and be useful.”

Murder-suicide under investigation in Lynn