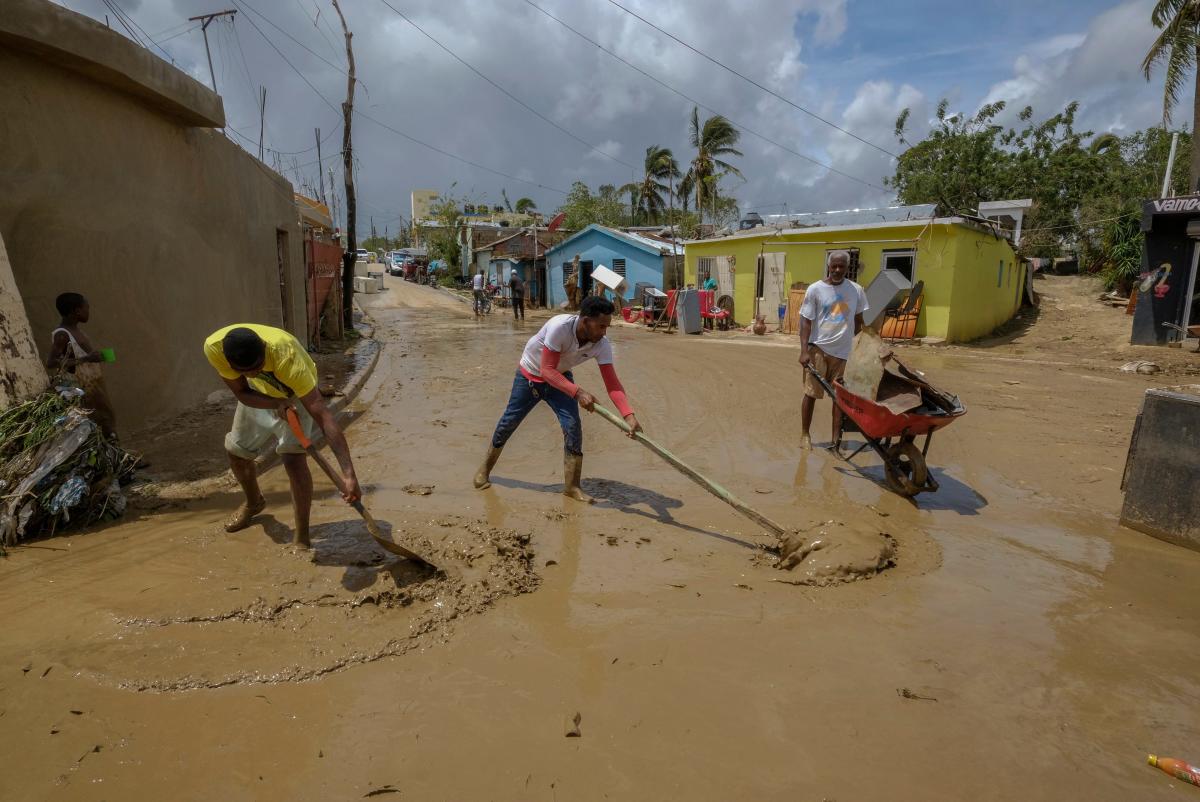 Hurricane Fiona is kicking huge waves as it approaches Bermuda, where weather conditions are expected to worsen on Thursday before the storm heads toward Atlantic Canada.

Fiona’s march north comes after storms devastated Puerto Rico and other Caribbean islands, where many residents are still without power and water days after Fiona struck.

The National Oceanic and Atmospheric Administration reported waves of about 50 feet on Thursday when a Saildrone sailed into the Atlantic Ocean.

According to the National Hurricane Center, there is a hurricane warning for Bermuda as Fiona, a Category 4 hurricane, approaches. Hurricane conditions are expected in Bermuda from Thursday evening through Friday morning, with elevated coastal water levels, possible power outages and about two to four inches of rain, the center said.

Fiona is also expected to bring “life-threatening surf and current conditions” to the northeastern coast of the US, the center said.

On Thursday night, Fiona was 280 miles southwest of Bermuda with maximum sustained winds of 130 mph and moving north-northeast at 29 mph, the center said. The storm is expected to move to the west of the island on Thursday evening and approach the Canadian province of Nova Scotia on Friday.

While the storm is expected to weaken Friday, Fiona is still forecast to be “a large and powerful post-tropical cyclone with hurricane-force winds” when it hits Canada, according to the National Hurricane Center.

A hurricane watch has been issued for parts of Atlantic Canada, including Nova Scotia, Prince Edward Island, the Magdalena Islands and the coast of Newfoundland, according to the center.

Those areas are expected to see three to six inches of rain with local maxima of up to 10 inches, which could lead to potentially significant flooding, the center predicts.

Atlantic Canada is expected to “take the full brunt of the impact of Hurricane Fiona this weekend,” with some areas at risk of “extreme damage,” AccuWeather said.

“Fiona will cause widespread power outages due to high winds, flooding from torrential rains and isolated storm surges, and huge seas off the coast and in the Gulf of St. Lawrence,” AccuWeather meteorologist Brett Anderson said.

An evolving tropical system could turn into a hurricane in the Gulf of Mexico by the middle of next week, forecasters warned Wednesday.

“This is the biggest threat to the U.S. mainland that we’ve had this hurricane season,” AccuWeather chief meteorologist Jonathan Porter said.

Most computer models predict that the system, Invest 98L, will be a tropical storm in the Caribbean by the weekend. The models show that the system will strengthen into a hurricane early next week. If it becomes a named storm, it would be called Hermine. Read more here.

HOW TO HELP: Mutual aid, non-profit organizations to support

Days after Fiona hit Puerto Rico, about 62% of its 1.47 million power customers were without power on Thursday, and a third of customers — more than 400,000 — had no water supply.

President Joe Biden said Thursday that he is using the full strength of the federal government to help the island recover from Fiona.

“We’re with you. We’re not going to run away,” Biden said.

Josué Colón, director of Puerto Rico’s Electric Energy Authority, said areas less affected by Fiona should be restored to power early Friday, but officials did not say when other areas would have power again.

As much as 80% of Puerto Rico’s crops were also destroyed by Fiona, including coffee crops that had just reached a successful crop peak after Maria, according to the humanitarian non-governmental organization Mercy Corps.

After destroying roads and bridges and causing mudslides, Fiona has stranded hundreds of Puerto Ricans as authorities work with religious groups and non-profit organizations to reach areas isolated by the storm to provide essential food, water and medicine. .

Contributions: The The US Express News