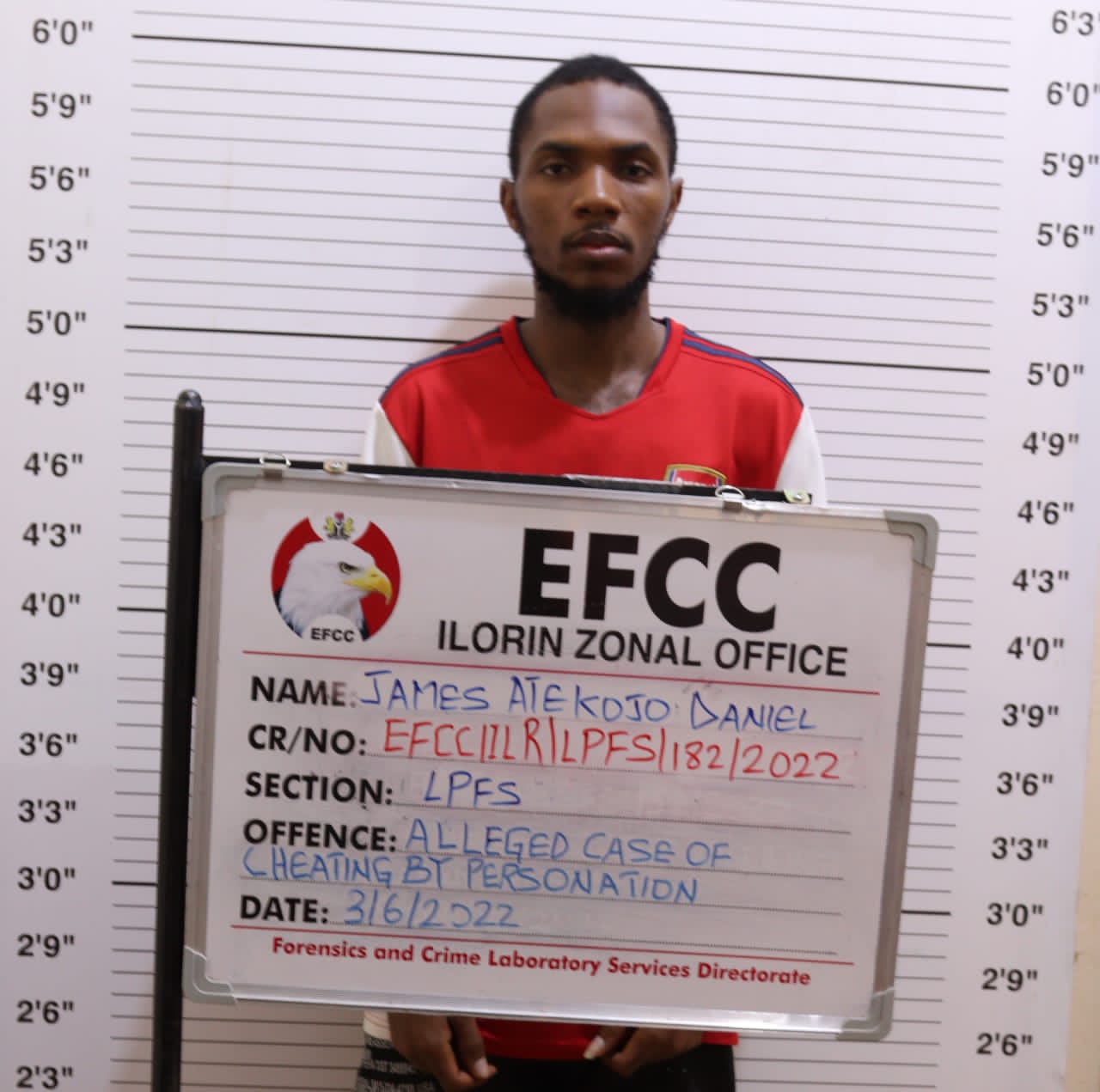 The Federal Supreme Court in Ilorin has convicted two individuals, Daniel Atekojo James, who claimed to be a Black American woman on Snapchat, and Atadoga Samuel from the Dekina Local Government Area of ​​Kogi State, on charges bordering on internet fraud.

They were charged before Justice Sani of the Federal Supreme Court, Ilorin by the Ilorin Zonal Command of the Economic and Financial Crimes Commission, EFCC.

Daniel, 28, and Atadoga, 18, were arrested on June 3, 2022 in Lokoja, the capital of Kogi state, after providing useful information about their fraudulent activities.

The convicts, who were prosecuted separately on one charge, pleaded guilty to their respective charges.

The indictment against Daniel reads: “That you, Daniel Atekojo James, sometime in March 2022 in Lokoja, Kogi State within the Judiciary Division of the Federal Supreme Court, fraudulently impersonated a Karma Jones with intent to benefit yourself from a Tyler you talked to with email linked through your Snapchat application [email protected] and earned $115 thereby committing a violation of Article 22(2)(b)(i) of the Cybercrime. .. Act 2015 and punishable under Section 22(2)(b)(iv) of the same Act.”

The charge sheet against Atadoga reads: “That you, Atadoga Samuel, on or about May 2, 2022 in Lokoja, Kogi State within the Judicial Division of the Federal Supreme Court, fraudulently impersonated you as an Alaina Hicks alias big honey with intent to gain advantage obtain for yourself from an American who you chatted with through your Snapchat application associated with your [email protected] email address and who won $25 in violation of Section 22 ( 2) (b) (i) of the Cybercrime (Prohibition avoidance Etc.) Act 2015 and punishable under Section 22 (2) (b) (iv) of the same Act.”

EFCC counsel, Rashidat Alao, while listing the facts of the case, told the court how credible intelligence led to the arrest of defendants in the Dekina and Olamaboro local government areas of Kogi State.

She provided the defendants’ extrajudicial statements, mobile phones and various fraudulent messages printed from their devices, which were admitted as evidence.

Thereafter, Alao urged the court to convict the defendants on the basis of their plea of ​​guilty, the extrajudicial statements and all evidence submitted, which were not contested by the defense.

In his verdict, Judge Sani sentenced Daniel to eight months in prison with an option of a fine of N200,000.

The judge ordered that one Tecno phone used to commit the crime and the sum of $150 USD, which he had profited from the unlawful activities, be forfeited to the federal government.

On the other hand, the judge sentenced Atadoga to six months in prison with an option of a fine of N200,000.

The court ordered that a Gionee S10 phone recovered from the defendant at the point of arrest and the sum of $25 that he had profited from the unlawful activities be forfeited.