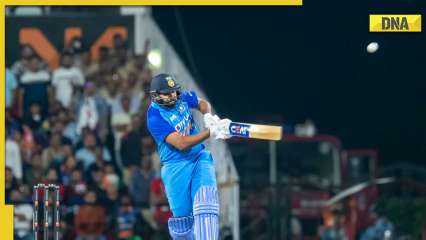 The 35-year-old was delighted with his squad’s performance and also on a personal level, his 46-run unbeaten run, punctuated with four maximums, helped him reach a huge milestone.

See also  'I have no respect for Dinesh Karthik, but...': Matthew Hayden questions DK's role in Team India

His first six were a massive 90-yard shot at pacer Josh Hazlewood.

“I was actually quite surprised too. I didn’t expect to hit it like that, glad it came out. I’ve been playing like this for the past 8-9 months. You can’t really plan too much in such a shortened game,” he said. him about his at bat.

MAXIMUM
The @ImRo45 SIX Special edition is on display!

He explained that he had Dinesh Karthik come for Rishabh Pant for a reason. Karthik was dealt only two balls and took a six and four to close out the game in style for India.

“Glad DK could finish well. It’s been a while since he’s had some time in the middle. There was some thought if we’d get Rishabh but I thought Sams was going to be casting off-cutters so I thought let DK come in and he’s playing that role for us anyway,” the “Hitman” added.