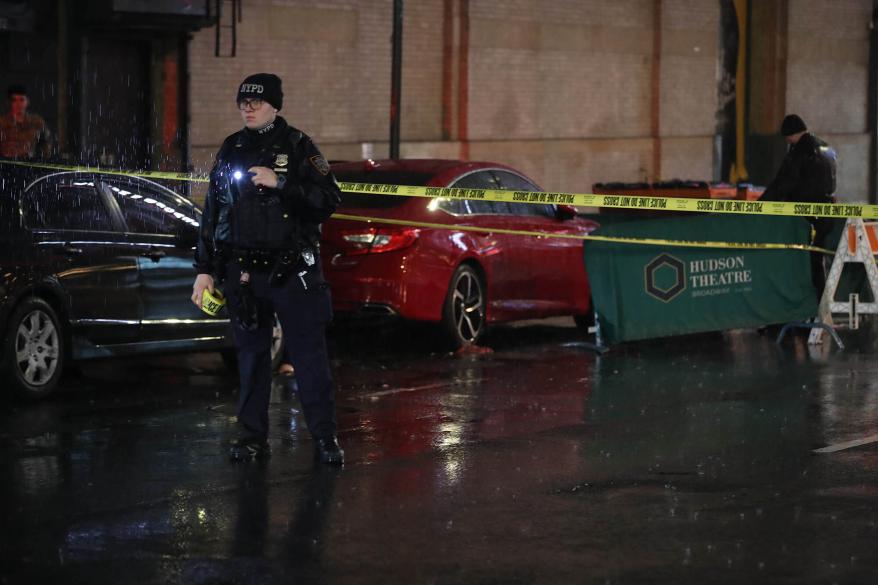 The founder of an investment company collapsed to his death in a Manhattan rooftop bar Wednesday night, police and law enforcement sources said.

The 46-year-old man collapsed from Bar 54 at the Hyatt Centric Times Square New York around 6:30 p.m. in front of at least two witnesses and was pronounced dead at the scene, police and sources said.

His death is being investigated as a suspected suicide, an NYPD spokesman said.

Sources said the man was a founder and partner of a Connecticut-based investment firm.

This is the second time in less than four months that someone has jumped from the same hotel bar.

In October, aspiring model Elizabeth Gaglewski, of Queens, fell from Bar 54 before hitting a 27th-floor balcony, the NYPD said. The 26-year-old woman was remembered by the family as “sweet and loving”.

If you are struggling with suicidal thoughts or experiencing a mental health crisis and live in New York City, call 1-888-NYC-WELL for free and confidential crisis counseling. If you live outside the five boroughs, you can call the 24/7 National Suicide Prevention hotline at 988 or go to SuicidePreventionLifeline.org.