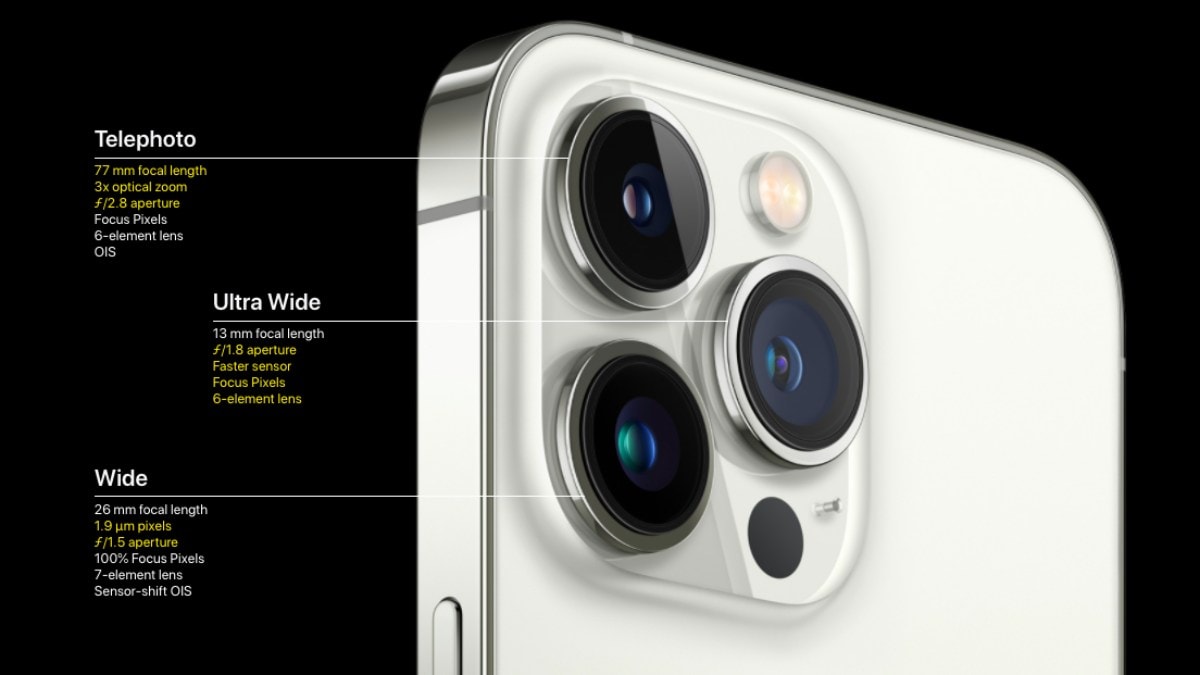 The iPhone 13 and iPhone 13 Pro launched on Tuesday at Apple’s California Streaming event, as expected, rumored and leaked for nearly a year now. Newer iPhone models have narrower notches, modified cameras, and… not much else. Apple hosted its typical keynote-style event, which, while virtual by necessity, had no shortage of superlatives and praise for every little detail. But while the gap between the Pro and regular models narrowed, the point was, there wasn’t too much to be excited about.

The new iPhones are exactly the same shapes and sizes as their immediate predecessors, the iPhone 12 and 12 Pro series, down to a few millimeters. They come in different colors, of course. On the front we have slightly narrower (but higher) notches, and I don’t think that’s a significant improvement. I wish I could revisit my battery level percentage, if allowed, but given how quickly the Android world realized that the notches weren’t worth copying, Apple isn’t really releasing. in the lead here.

On the iPhone 13 and iPhone 13 mini, there are still only two rear cameras, and they’re now in an awkward diagonal layout – a rare example of Apple going with something so anti-minimalist. Non-Pro models don’t have a dedicated optical telephoto lens, nor can they use their wide-angle cameras to take macros, which even budget Android phones have been capable of for some time now.

Cinema mode and Photographic Styles are the two big new camera features, and it doesn’t look like they’re coming to older iPhones with future versions of iOS. Both are great added value for anyone who is really into the art of photography or cinematography, but they’re not meant for situations where you just have to pull out your phone to quickly snap a picture of what’s going on. happening around you, or even for photos and videos you would take regularly of people, places and events. They’re for those times when you’re able to think carefully about how to frame a subject, what kind of expression to capture, and what nuances you, as a photographer, want to bring to your work.

Will it be of interest to amateurs and filmmakers struggling with financial constraints? Sure. Does the average person want to think so much about their everyday photos? Unlikely.

Of course, generational camera quality improvements are always a good thing, especially when you get new devices at the same prices as the outgoing models. Low-light performance should be good across the board, and the sensor shift stabilization will make a subtle difference in all kinds of situations.

Fortunately, there are no major functional differences between the cameras on each pair of iPhones – the iPhone 13 and iPhone 13 mini have identical specs, just like the iPhone 13 Pro and iPhone 13. Pro Max. The pros don’t just have an extra telephoto lens; their wide and ultra-wide cameras are not the same as the ones you get on non-Pro models. Reviews will show how much of a difference there will be in real-world use. However, while you no longer need the biggest and best iPhone to get the premium features, note that ProRes video recording is limited to 1080p rather than 4K on the 128GB storage variants – probably due to the read and write speeds of flash memory. – so you still have to spend a little more than the entry level price to get all the best capabilities.

As for raw power, while the new A15 Bionic SoC is at the heart of the four new iPhones, both Pro models receive an additional GPU core. Just like with many recent Macs powered by Apple’s SoC M1, GPU power is used to differentiate price points. This should have an effect on games as well as video encoding performance. Apple doesn’t go into details on SoC frequencies or thermal characteristics, only telling us that there are two high-performance cores and four energy-efficient cores. Notably, this keynote was also light on performance comparisons – except that Apple considers itself several generations ahead of its competition, which actually tells us that last year’s products are still great.

What else do the new iPhones bring? The battery life is improved up to two and a half hours which is great. If you want a 120Hz refresh rate, you’ll have to go with one of the Pro models as it’s inexplicably a differentiator between families. The Ceramic Shield faceplate, IP68 rating, and MagSafe accessory compatibility all appear to be advanced compared to last year, unchanged.

Then, of course, there’s iOS, the iCloud ecosystem, easy integration with Apple Watch, Mac, and AirPods, and Apple’s familiar appeals to security and privacy. There is the promise of software updates for several years; way beyond what any Android phone maker has ever been able to offer. All four phones will be superbly constructed, with premium materials and finishes. The iPhone screens still look great, the speakers are good, and there is nothing to complain about when it comes to call quality.

On the flip side, there are still some annoying restrictions that iPhone users have to live with – limited UI customization, locked file system, no easy bluetooth file transfer, expensive accessories, and port. Proprietary Lightning (without charging adapter in the box). More than all this, it is incredibly hard to ignore the fact that you can get several equivalent or better features in Android phones from Rs. 15,000 to Rs. 45,000.

Despite all of this, iPhones will always have takers. It is difficult to counter the appeal. In India even older models are in great demand due to the appeal of the brand. With Apple including India in the first wave of countries, this launch comes just in time for this year’s festival shopping season and major e-commerce sales events. There’s just this question you should consider before purchasing: Have the iPhone 13 models finally passed the point of diminishing generational benefits? We will have the answer to this question soon, once we have completed our in-depth reviews of these new iPhones.