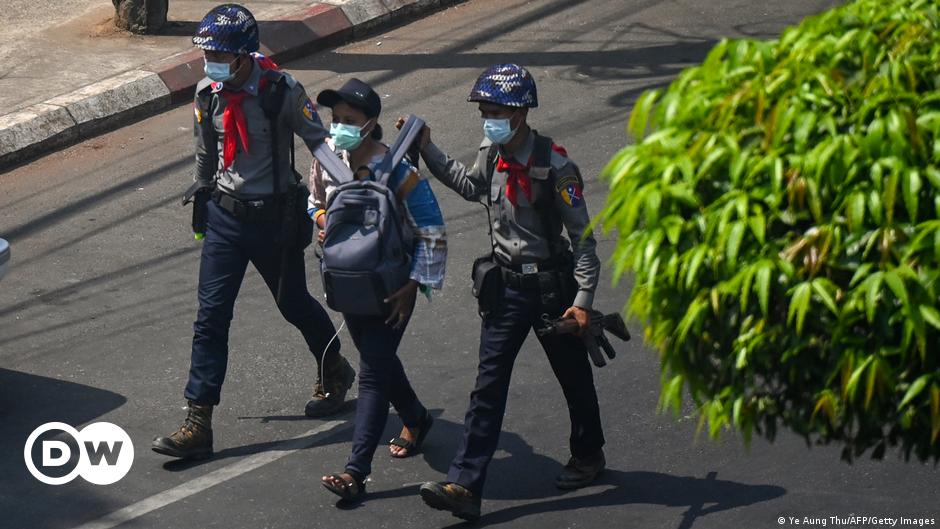 According to its top diplomat Josep Borrell, the EU wants to be “more proactive, innovative and creative when it comes to human rights” by 2023. However, analysts warn that the EU is likely to struggle with this agenda in South East Asia, a region of growing geopolitical importance to Brussels. And this year promises to be particularly tough.

The general elections in Cambodia and Thailand in the summer will be highly contested and likely to be marred by irregularities. Brussels has already imposed some sanctions on Cambodia for its democratic decline in recent years.

Myanmar’s military junta, which wrested power from a democratically elected government nearly two years ago, also plans to hold elections this year, even though it controls a fraction of the country’s territory.

In communist-led Vietnam, the EU’s main trading partner in the region, power has now shifted to the hands of the oppressive public security ministry following the “resignation” of pro-Western president Nguyen Xuan Phuc earlier this month.

EU must ‘step up its game’

East Timor was the only Southeast Asian country to be ranked as “free” on Freedom House’s latest Freedom in the World index. But the semi-island nation has few relations with the EU.

In contrast, Laos, Vietnam, Cambodia, Thailand and Myanmar, Singapore and Malaysia were all in the bottom 50 of the 194 countries surveyed.

The EU has all the tools it needs to be an effective advocate for human rights in Southeast Asia, “but it needs to seriously step up its game,” said Phil Robertson, deputy director of the Asia division of Human Rights Watch.

“Too often, human rights issues are buried in the rush to restore and strengthen trade relations in the post-pandemic world,” Robertson said.

How strong is the EU’s influence in South East Asia?

Indeed, Brussels has its Global Human Rights Sanction Regime, a Magnitsky Act-like document that allows sanctions to be imposed on officials abroad.

It has now established human rights dialogues with most governments in the region, and partnership and cooperation agreements with some – representatives from Malaysia and Thailand signed those pacts in Brussels last month.

The EU is also a major investor in the region and a top three trading partner for most states. More importantly, it is one of the largest importers of goods from Southeast Asia, which means it is under threat of trade sanctions to pressure regional governments over human rights issues.

Indonesia: ‘Everything we do has the potential to be criminalized’

The problem, however, is that by pushing for a “more proactive, innovative and creative” human rights agenda, the EU risks frustrating those governments at a time when it needs to quickly develop healthy relations with them.

Brussels sees Southeast Asia as an important region to exert influence as it tries to gain ground in the Indo-Pacific region, where the rivalry between the US and China is driving many countries to cut ties with “middle powers” such as the EU to improve.

But trade relations are a double-edged sword as the EU tries to support its economy in the face of a global economic slowdown.

Free trade pacts have now been signed with Vietnam and Singapore, although the EU has recently renewed talks with Thailand, Malaysia and the Philippines. There is also hope that a trade deal with Indonesia, the region’s largest economy, will be signed by the end of 2024.

“I don’t expect the EU to toughen up in its condemnation of human rights given its need to woo Southeast Asian countries,” said Shada Islam, a Brussels-based independent analyst and commentator.

Corruption scandal affects the credibility of the EU

While many in Southeast Asia view the EU positively for its focus on human rights, others shy away from what they see as the EU’s finger-wagging over their domestic politics.

Moreover, the EU seems to be looking at its own human rights stories. Borrell, head of foreign policy, wrote on his blog on Jan. 7 that there are “intense debates about whether human rights are universal or culturally relative.”

During his visit to Brussels last month for the EU-ASEAN summit, Indonesian President Joko Widodo stated: “If we want to build a good partnership… no one should dictate anymore and assume that their standards are better than others. “

The EU is also accused of hypocrisy. While the bloc has been admonishing the likes of Cambodia for corruption, the European Parliament has been rocked in recent months by allegations that its officials have taken bribes from Qatari sources.

The fight against corruption “is something that needs to be done here at home,” Borrell admitted in a speech ahead of the EU-ASEAN summit last month.

“As Borrell acknowledges, the EU is increasingly called upon by other countries for ignoring human rights abuses by its own governments and for its selective approach,” said analyst Islam.

Brussels has to work behind the scenes

Earlier this month, Human Rights Watch sounded the alarm that “civil society organizations, including groups committed to protecting human rights, are under increasing threat in Europe,” including in advanced democracies such as France, Greece and Italy, according to an op-ed written by Benjamin Ward, the organization’s deputy director for Europe and Central Asia.

Shada Islam believes the EU’s human rights agenda could be improved, but that means a different tactic. It means “less megaphone and performative diplomacy, less playing for the NGO gallery,” she said.

And it means “more serious efforts, including behind the scenes, to help human rights defenders at risk, more human rights training for law enforcement and judicial authorities, and more emphasis on protecting the rights of women and minorities.”

Put another way, Borrell’s “more proactive, innovative and creative” human rights agenda could well mean the kind of work that is unlikely to make the news.