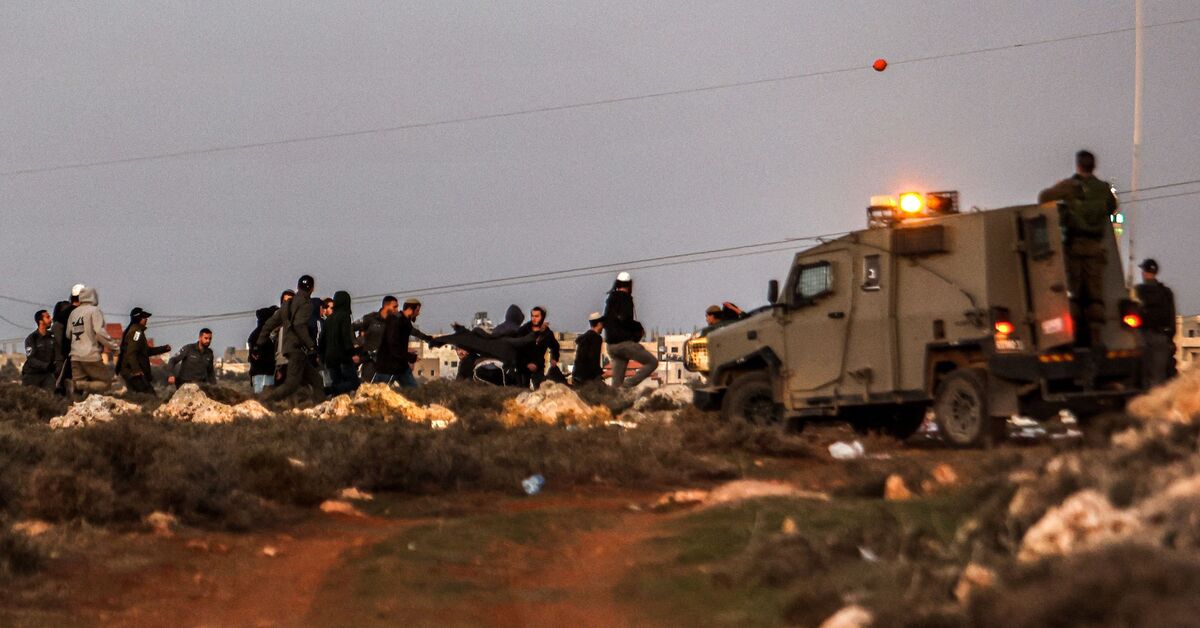 Prime Minister Benjamin Netanyahu met with Defense Minister Yoav Galant and Finance Minister Bezalel Smotrich on Monday in an attempt to resolve a conflict between them over the destruction of an illegal outpost in the West Bank. The order to dismantle the outpost was issued last week by Galant over objections from Smotrich, who also serves as deputy secretary in the Defense Department.

The confrontation between the two ministers was imminent. Yet coalition partners certainly did not expect such a confrontation to occur so soon, less than a month after the new government was sworn in.

On January 20, Galant (of the Likud party) ordered the security forces to tear down an illegal outpost named “Or HaChaim”, which had been built overnight by a group of young settlers. Meanwhile, Smotrich (of the Religious Zionist Party) instructed the civil administration, which had been placed under his purview, not to destroy the new outpost until it could be properly debated, to be presided over by him. Only Galant’s order was carried out and soldiers and police dismantled the illegal outpost while the settlers protested.

In response, Smotrich and his party’s other ministers boycotted last Sunday’s cabinet meeting as Netanyahu tiptoed through the raindrops.

The incident proved that it is impossible for the IDF and security forces in the West Bank to operate under two such different commanders. Smotrich being responsible for civilian administration in the West Bank while National Security Minister Itamar Ben-Gvir controls the border police is simply an impossible situation.

See also  War in Ukraine: Russia is about to take Soledar, tensions with the West are rising

Fortunately, this time the skirmish ended without violence. As a former senior defense official told Al-Monitor on condition of anonymity, “Imagine if Ben-Gvir instructed the border police to prevent the military, subject to the defense minister, from using force to force the evacuation of prevent the settlement. It may sound fanciful now, but theoretically a clash between the IDF and the border police or the police is conceivable, if and when the higher ranks issue conflicting orders on anything to do with the territories. In the chaotic reality that has arisen here, nothing is really just a fabrication.”

“I look with dismay at Secretary Smotrich’s irresponsible behavior,” former chief of staff and current Knesset member Gadi Eizenkot told Al-Monitor. “He has issued unlawful orders, contrary to years and decades of policy, to evacuate new land grabs by Palestinians and Israelis alike, and to do so immediately. Smotrich sows chaos. His interference in security matters will be very damaging to the IDF, the authority in the region, and will make it difficult to fulfill its mission of providing security and maintaining law and order. Netanyahu must immediately clarify that he does not support such behavior.”

It seems that not even Netanyahu can do anything to resolve this unprecedented situation, even after he met with US National Security Adviser Jake Sullivan last week and tried to address his concerns about the West Bank and other issues, including the planned judicial review of to take away the coalition.

Now that he has been re-elected as prime minister, it is no secret that Netanyahu wants to be invited to Washington soon, as has long been the custom between the two countries. There are currently no such plans.

The conversation between Netanyahu and Sullivan went according to all protocols, but there was a cloud hanging over it. According to two sources familiar with the content of these conversations, what Sullivan said suggests that US support for Israel cannot be taken for granted. Likewise, the US veto of anti-Israel decisions in the UN Security Council is no longer a certainty.

The talks, of course, took place in English, in which Netanyahu sounded very different from how he addresses his coalition partners and base. Speaking to Sullivan, Netanyahu said his judicial reform would only be passed with broad support, and that the draft now before the Knesset’s Constitutional Committee will not be comparable to what was passed in the second and third readings of the Knesset. the Knesset passed. As Sullivan boarded his flight back to Washington, Netanyahu returned to the warm embrace of his coalition partners and ordered Justice Secretary Yariv Levin to continue his legislative blitz as usual.

“Netanyahu has never witnessed such careful preparations for a future meeting with an American president,” a former Israeli statesman told Al-Monitor on condition of anonymity. “The Americans are reviewing all the details, including Israel’s treatment of the Palestinians, including human rights, and including the judicial revolution — all of these issues.”

See also  Now that abortion pills can sell, US pharmacies are weighing whether they should | TUSEN news

The source continued, “As far as we know, Netanyahu has made a commitment to scrupulously enforcing the status quo in the West Bank and on the Temple Mount. Any new settler land grabs and any new outpost established overnight will be quickly evacuated. As such, there was no doubt that the Or HaChaim outpost would be evacuated. Netanyahu really has no choice in this. It will be interesting to see how Smotrich reacts.”

Smotrich has already responded by boycotting the weekly cabinet meeting and issuing an ultimatum on the government’s compliance with its coalition agreements. The government doesn’t appear to be at risk at this point, but it’s just the beginning.

On Tuesday, two far-right activists were held on the Temple Mount for questioning after they raised an Israeli flag and sang the national anthem, further violations of the status quo. Given the current state of affairs, Netanyahu will be forced to abandon his dream of bringing Saudi Arabia into the Abraham Accords and fully normalizing relations between Israel and the kingdom. Instead, he will have to put most of his energy into maintaining ties with the United States.

Charts suggest investors should bet on “workhorses” in the Dow Jones...