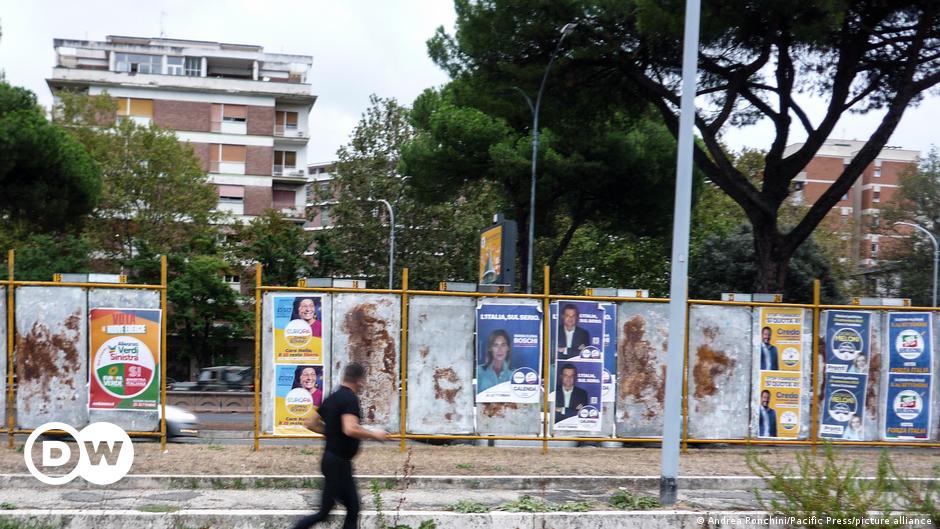 Italians will vote on Sunday in historic elections that could lead to the first far-right ruling party since World War II.

The rising popularity of the Brothers of Italy (FdI) – with its neo-fascist roots – has propelled party leader Giorgia Meloni as a frontrunner for the role of prime minister, sparking fear across Europe.

But the center-left Democratic Party (PD) and the anti-establishment Five Star Movement (5SM) hope to prevent a right-wing coalition, with FdI at the helm, from taking power.

The first exit polls are expected when voting ends at 11pm (2100 GMT/UTC) and the first official results are released tonight.

TUSEN investigates how the Italian elections work and who the different candidates are.

All Italians aged 18 and over are called upon to vote for legislators in both the Chamber of Deputies and the Senate.

The voting system is a hybrid where three-fifths of the seats are awarded through first-past-the-post, with the rest elected through proportional representation.

A referendum in 2020 changed the number of lawmakers, reducing the number of deputies in the House from 630 to 400, and downsizing the Senate from 315 to 200 lawmakers.

An alliance requires a majority in both houses to win. The prime minister is not directly elected by the electorate, but by incumbent legislators.

The system often leads to large coalitions, but this has also led to political instability: Italy has had 67 governments in the 76 years since the republic was founded.

Who are the candidates?

She was a member of the movement’s youth section.

She has dismissed accusations of fascists, and increasingly toned down some of the more far-right rhetoric, but in a speech delivered in Spain in June along with Spain’s own far-right Vox party, she railed against a so-called “LGBT.” lobby’, ‘mass immigration’ and ‘big international finance’.

FdI polled about 25% before the poll was banned in the run-up to the election. Their partners – Forza Italia of former Prime Minister Silvio Berlusconi and the anti-migrant league – have lower votes.

The main contender for the right-wing alliance is the center-left Democratic Party (PD) led by Enrico Letta.

PD has joined several smaller parties to form a left-wing alliance, but hopes are limited after a row with several other centrist parties.

The other big player is the 5SM, the winner of the 2018 elections, which is expected to lose a substantial part of its share.

Why are there early elections?

Outgoing Prime Minister Mario Draghi led to elections in July with his resignation after the 5SM – one of several parties in Draghi’s big tent coalition, which includes left-wing, right-wing and centrist parties – withdrew its support for the prime minister’s economic aid decree.

Draghi, who was elected by the president to form a government after the previous 5SM-led government fell, has said he will not rise again.

What are the problems?

The election comes amid rising prices of goods and fuel driven by galloping inflation and exacerbated by Russia’s war in Ukraine.

The right-wing coalition is divided over its stance on Ukraine, with League leader Matteo Salvini having previously been seen wearing pro-Putin t-shirts. He questions the sanctions against Russia and says they harm Italy’s economic interests.

However, Meloni is pro-Ukraine and pro-NATO.

The FdI has also toned down its anti-EU stance, calling instead for the renegotiation of Italy’s massive EU Covid recovery plan.

The Brothers of Italy have also proposed a 15% flat tax on all brackets, a position the center-left opposes.

European Commission President Ursula von der Leyen issued a veiled threat on Friday, saying the EU could work with any democratic government, but “If things go in a difficult direction, I’ve talked about Hungary and Poland, we have instruments,” she said. .