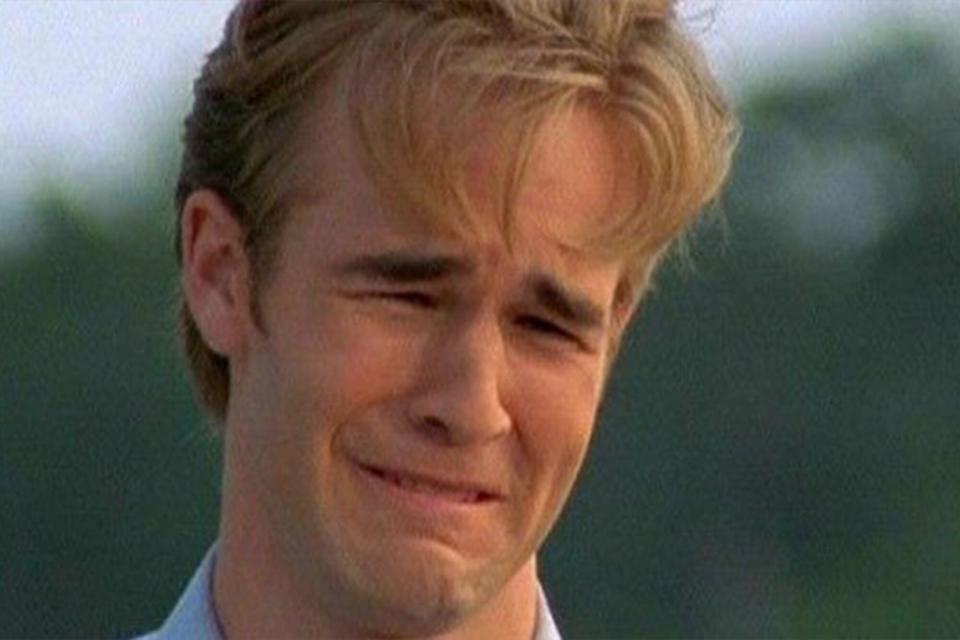 Dawson’s Creek alum James Van Der Beek, the face behind the viral meme, shared that his oldest daughter Olivia, 12, discovered the viral meme — and even uses it on him when necessary.

“For some online learning we have [the kids] iPads and they immediately discovered memes,” Van Der Beek told PEOPLE. “So it started, my oldest sent me a meme of myself,” he said. “I thought, ‘That’s aggressive.'”

The father-of-six said that when it comes to explaining his fame to his kids, he tries to be “very honest about all my experience with it, about what it means and what it doesn’t.” Van Der Beek said: “It was interesting to navigate, but I think… they just kind of get it.”

As for that enduring meme, it turns out to be some of Van Der Beek’s Dawson’s Creek costars weren’t even aware of its existence – at least until a few years ago. Michelle Williams and Katie Holmes were in the dark about it until EW assembled the cast, which also included Joshua Jackson, Busy Philipps, Kerr Smith, Meredith Monroe and Mary Beth Peil, for the show’s 20th anniversary in 2018.

“I feel like everyone on this show cried more than I did and I was the one who got into the loop!” Van Der Beek said about the meme. Jackson joked, “It’s not about how many times you’ve cried how you cried.”

Still, Van Der Beek appreciates the meme as much as the internet – and his daughter -. “I love it. It’s my favorite thing about the whole show,” he joked at the time. “It’s hilarious to me that you can work on a show for six years…and it adds up to three seconds. It’s a perfect way of the internet.”

Sign up for Free daily newsletter from Entertainment Weekly for the latest TV news, exclusive first looks, recaps, reviews, interviews with your favorite stars and more.