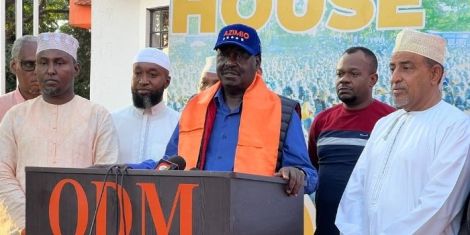 Orange Democratic Movement chairman John Mbadi has pointed to the loss in the August 9 election as the sole reason for the quarrels dividing the party.

Mbadi, who had been nominated to the National Assembly, claimed that ODM members had set their bar too high by expecting to be in government and were now scrambling for the few seats allocated to election losers.

“I don’t think anyone is disloyal to the party. We expected to be in government. We expected too much, but now we have too little to share,” said Mbadi.

He went on to claim that the party leadership already regretted some of the mistakes it had made in allocating parliamentary leadership positions. Mbadi had previously objected to the nomination of Ugunja MP Opiyo Wandayi as Majority Leader in Parliament.

In his objection, he claimed that Wandayi was his junior in the party and thus could not lead him into the National Assembly. The MP-designate reiterated his comments in the interview with NTV.

“Recently there was the issue of the majority leader, which even the leadership recognizes to have made a mistake, and I have not understood it. I am still in the party and I still support it,” he said while speaking. it refuted. reports that he was unfaithful.

“Anyone who is not favored in ODM is me, the national chairman. Remember, I wanted to be governor of Homa Bay and I resigned after being asked to do so,” he added.

Embakasi East MP Babu Owino claimed he was sidelined from the position of Public Accounts Committee (PAC), allegedly given to Mbadi who lost the majority leader position.

“ODM, why would John Mbadi descend from majority leader to PAC chairman reserved for me? This will not happen. It is now or never. He has been rewarded through nomination.

“So many young people and I have sacrificed a lot and used our resources in the party over the years. Our wages are treason and blackmail. It’s OK. Tomorrow is another day,’ Babu complained.

Mbadi was quick to refute the allegations and fired his counterpart. In addition, he denounced claims that there was nepotism in the party after his appointment. He noted the changes in leadership positions.

“The fact that you missed the promised seat does not mean that there is treason. In my opinion it is unfair treatment,” he added.

“You also have to ask yourself first if you can handle the role you demand,” said Mbadi Babu Owino. 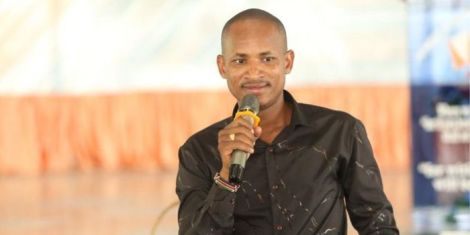 Embakasi East MP Babu Owino speaking at a past event

War in Ukraine – Live: Putin delivers an important speech today after the annexation of Ukrainian regions

Five beautiful national parks to visit all over Spain