John Stamos, 59, and wife Caitlin McHugh, 36, cuddle on the red carpet at the opening of Some Like It Hot on Broadway

By MJ Bergin For TUSEN.Com

John Stamos and his wife Caitlin McHugh stepped out for the opening of Some Like It Hot on Broadway on Sunday.

The married couple was dressed to the nines as they walked the carpet before the show.

The stars have been married since 2018 and have one child together, four-year-old son Billy.

Night out: John Stamos and wife Caitlin McHugh attended the opening night of Some Like It Hot in New York City on Sunday

Stamos wore a two-piece aquamarine velvet suit with a black button-up shirt and black boots underneath.

His wife wore a form-fitting, off-the-shoulder black bodysuit. The sleeves were sheer with black flowers sewn on.

Her dark brown hair fell down her back in long waves and she wore minimal make-up.

The actor became widely known for playing Uncle Jesse on Full House, which ran from 1987-1995. 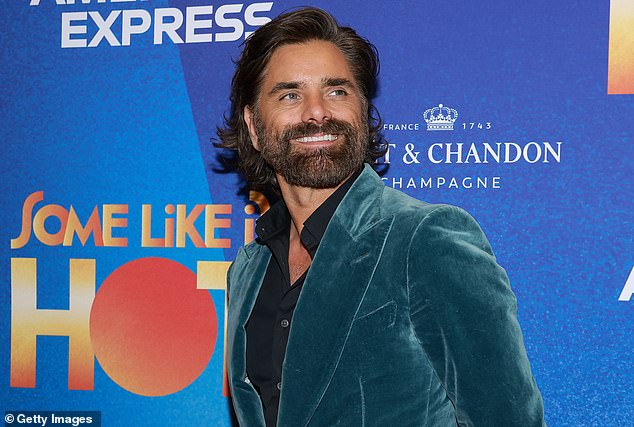 A long look: The 59-year-old actor looked rugged on the show, sporting a full beard and long hair.

McHugh has appeared in several TV shows and movies, including I Am Legend, Blue Blood, and The Vampire Diaries.

Some Like It Hot was adapted into a Broadway musical from the 1959 Billy Wilder movie. 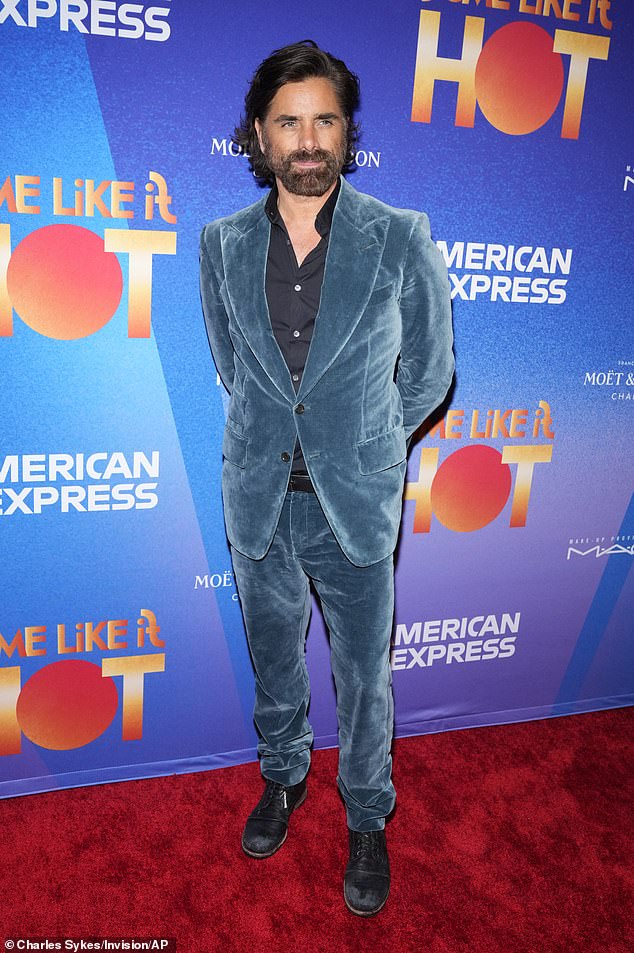 Velvety: The actor wore a two-piece velvet suit in an aquamarine hue to the show

The film followed two men who witnessed a murder and had to flee Chicago by dressing as a woman and joining an all-female jazz band.

The Broadway show starred Christian Borle, who has had Broadway roles in Legally Blonde as Emmett Forrest, Something Rotten! as Shakespeare and Falsettos as Marvin. 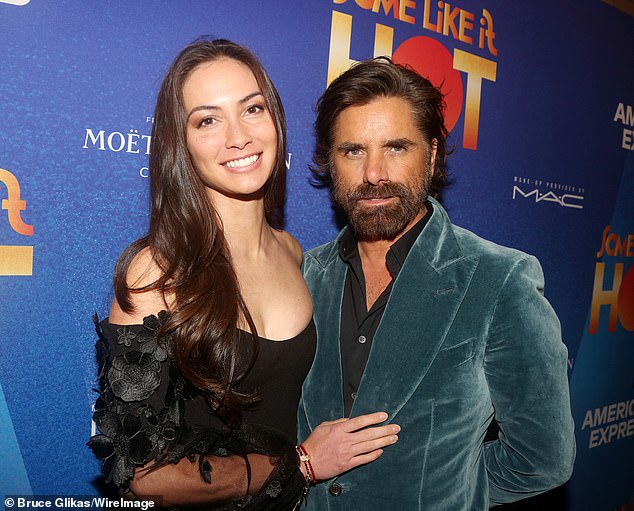 Date night: The stars posed together for a photo on the carpet