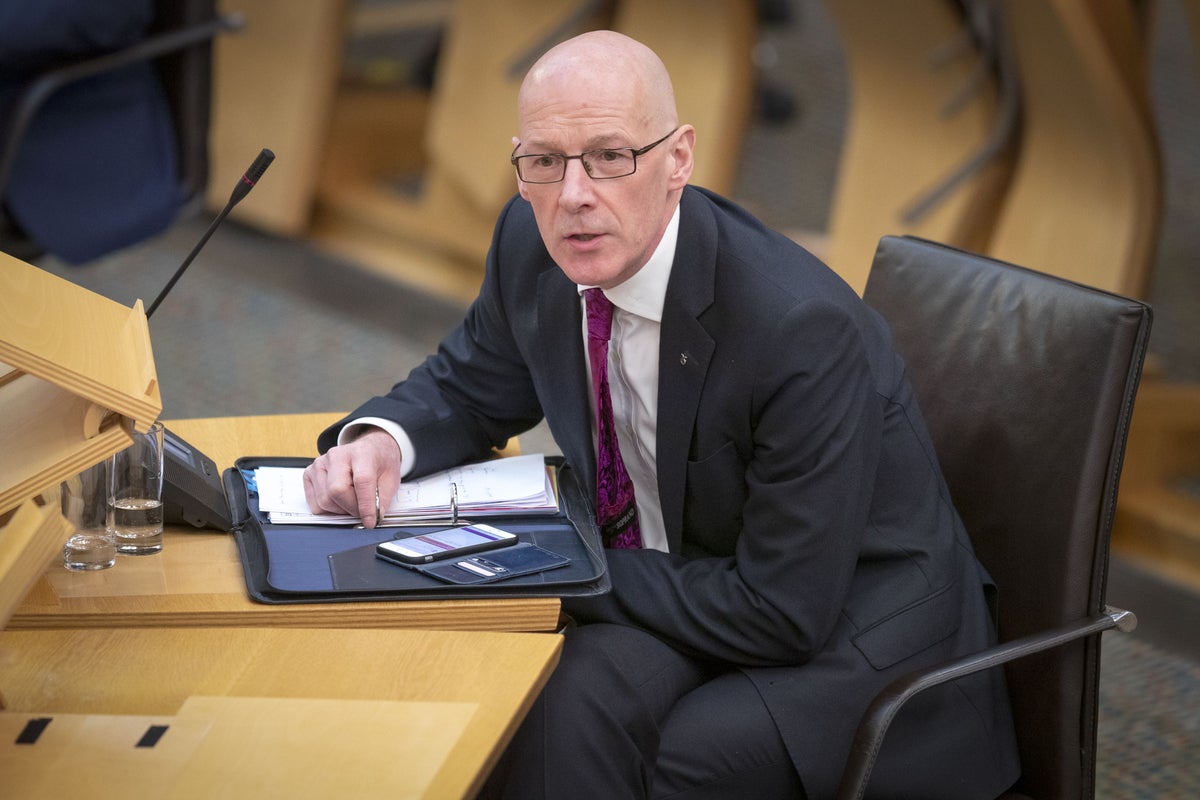 Cotland’s Deputy Prime Minister has claimed that the UK government’s policies have caused more poverty after a report suggested the number of children living in poverty in Scotland has risen since 2017.

John Swinney told TUSEN Scotland on Thursday evening that the Scottish government was acting against a “flood” of various changes from the British government that are “causing more poverty”.

A briefing paper published Thursday by Audit Scotland found that about a quarter of children in Scotland lived in poverty between 2017 and 20, a 3% increase since the figures between 2011 and 2014.

“Child poverty is lower in Scotland than in other parts of the UK and that is a result of measures we have taken in relation to measures such as the Scottish Child Payment,” said Mr Swinney.

I think the UK government will take measures that will frankly increase poverty and inequality in our society.

“The difficulty we face in all these matters is that we are trying to take action to tackle the problem of child poverty, but we have to act against a flurry of different policy changes in the UK government that frankly increase poverty.

“So the changes in benefit policy by the UK government have led to more poverty in Scotland.

“We must do as much as possible with the resources at our disposal to reduce child poverty.”

Perthshire’s MSP argued that the Scottish government is making progress in fighting poverty and said a range of policies exist, such as the Scottish Child Payment and the Scottish Attainment Challenge.

He said: “I challenge anyone to question the value of policies such as school clothes grants or the work we do to fund student equality in tackling and reducing poverty.”

Ahead of the Chancellor’s mini-budget on Friday, Mr Swinney expressed concern that it would be a “renewed attack” on already vulnerable people.

He added: “As we face the wave of measures taken by the UK government, of which we are likely to see more tomorrow, which are designed to attack those already living in poverty and create more poverty , we have a bigger challenge we need to tackle.

“What I fear will come tomorrow is a renewed attack on the most vulnerable people.

“I think the UK government will take measures that will, quite frankly, increase poverty and inequality in our society.

“The challenge we face in tackling these issues will remain all the greater as a result of the decisions taken by the UK government.”

Mr Swinney advocated prioritizing public spending and said the Scottish government’s budget is under “acute pressure” due to the effect of rising inflation.

He urged the British government to reconsider the proposed abolition of the national insurance increase previously introduced by former Chancellor Rishi Sunak.

Chancellor Kwasi Kwarteng confirmed the move forward on his mini-budget in the House of Commons on Friday after Prime Minister Liz Truss pledged to scrap the raise in the summer’s Conservative leadership elections.

Trump rages at National Archives: ‘I want my documents back!’

Constance Wu recalls a friend who rescued her from her 5th...