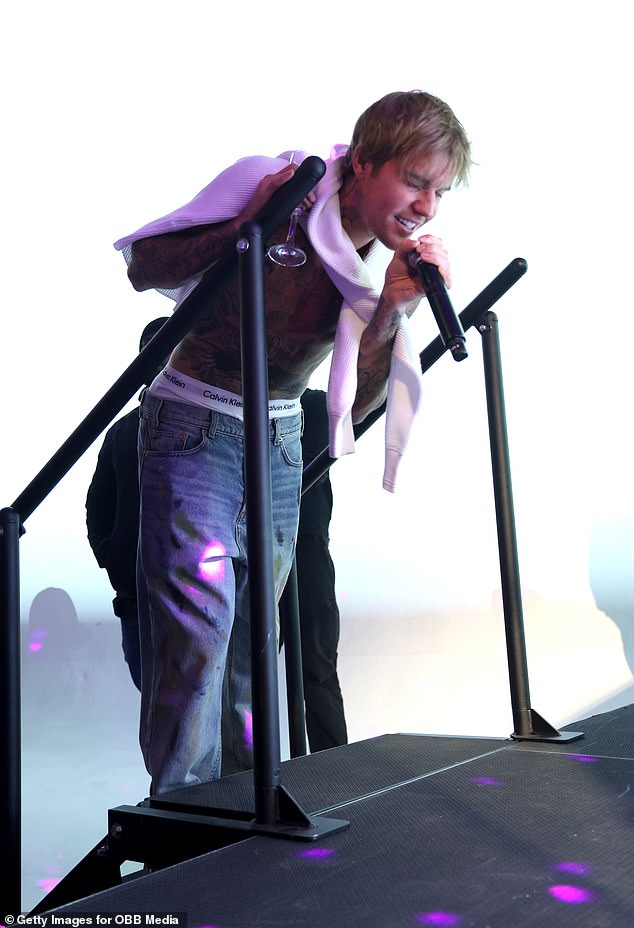 Justin Bieber has sold his entire music catalog — featuring songs from his entire 15-year recording career — for a whopping $200 million.

The 28-year-old Canadian crooner has sold his music rights to Blackstone-backed Hipgnosis Songs Capital for more than $200 million, the company announced on Tuesday.

Sources also told Variety that Bieber’s songs will continue to be managed by Universal Music, where he has been throughout his career.

oh baby! Justin Bieber has sold his entire music back catalog — featuring songs from his entire 15-year recording career — for a whopping $200 million 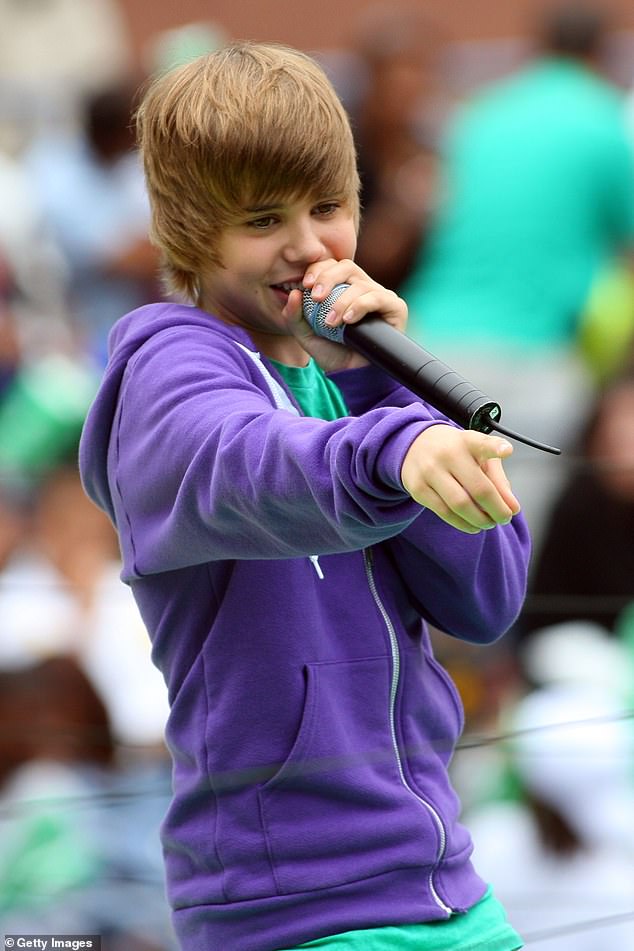 Veteran: Sources also told Variety that Bieber’s songs will continue to be managed by Universal Music, where he has been throughout his career. He is pictured in August 2009

Founder of Hipgnosis Song Management Merck Mercuriadis released a statement Tuesday about the acquisition saying, “Justin Bieber’s impact on global culture over the past 14 years has been truly remarkable.

“This acquisition is one of the largest deals ever made for an artist under 70, such is the power of this incredible catalog of nearly 82 million monthly listeners and over 30 billion streams on Spotify alone.

“Scooter Braun has helped him build a wonderful catalog, and it’s a pleasure to welcome Justin and his incredible songs and recordings to the Hipgnosis family.”

See also  Love Island 2023: Viewers continue to cringe as Tanya admits she didn't like her kiss with David

This comes just a month after reports that the pop megastar struck a deal to sell his entire music catalog for nearly $200 million, The Wall Street Journal reported at the time. 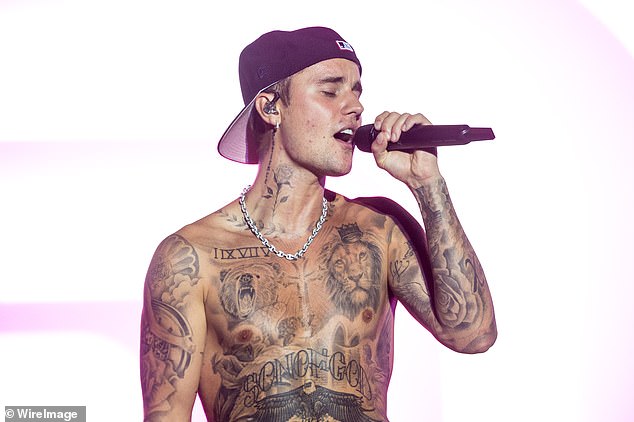 Wow: This comes just a month after reports that the pop megastar struck a deal to sell his entire music back catalog for nearly $200 million, reports The Wall Street Journal (pictured August 2022)

At the time, the singer was reportedly negotiating with Blackstone-backed Hipgnosis Songs Capital in a deal that would include both his publishing and recorded music catalogue.

The Sorry hitmaker has released six studio albums over the years, along with numerous singles and collaborations with artists such as Ludacris, Nicki Minaj and Jaden Smith.

Hipgnosis Song Management offers investors the opportunity to earn royalties from the work of artists as diverse as Barry Manilow and Beyonce. The deal with Bieber was the largest the company has ever negotiated. 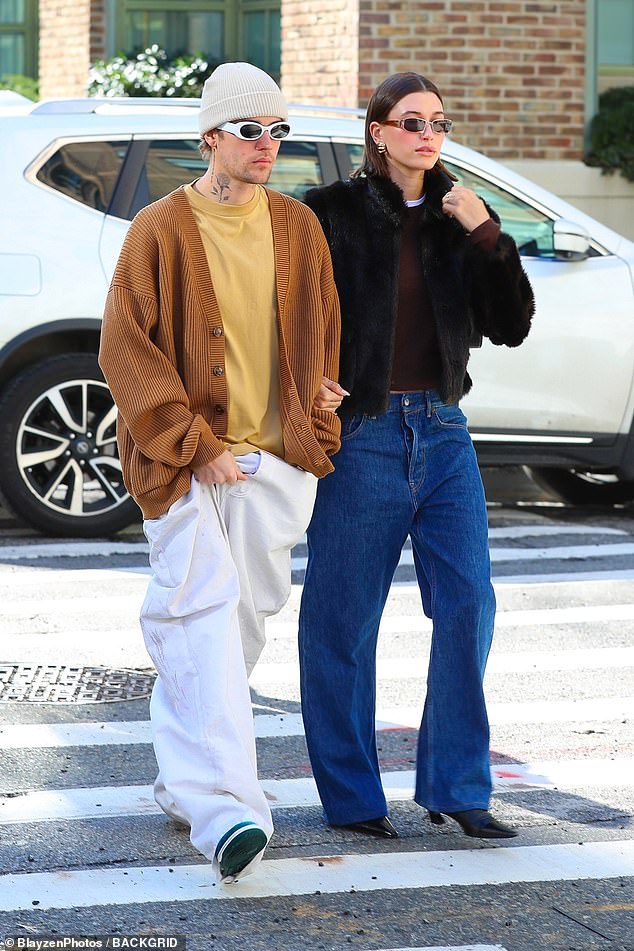 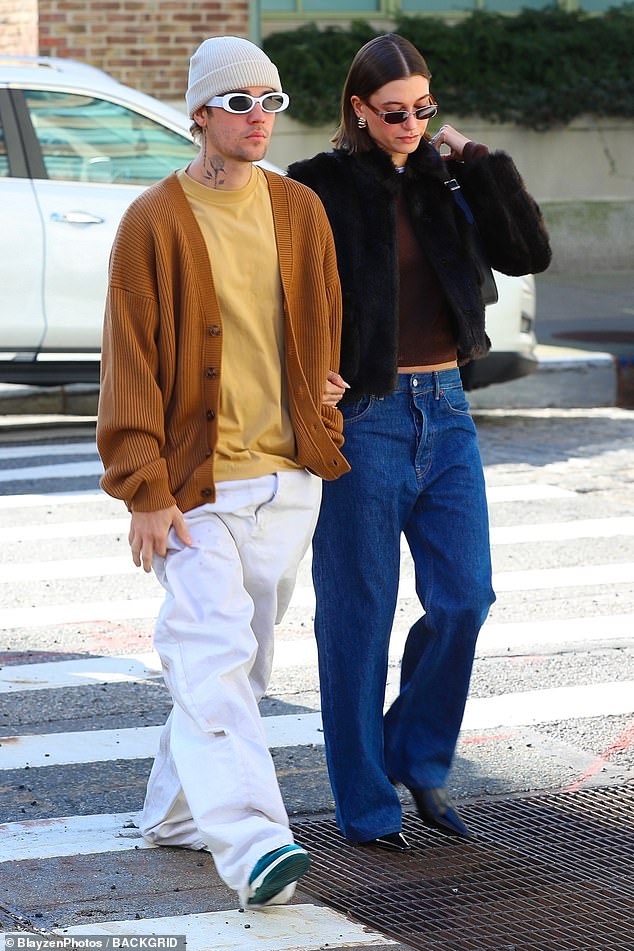 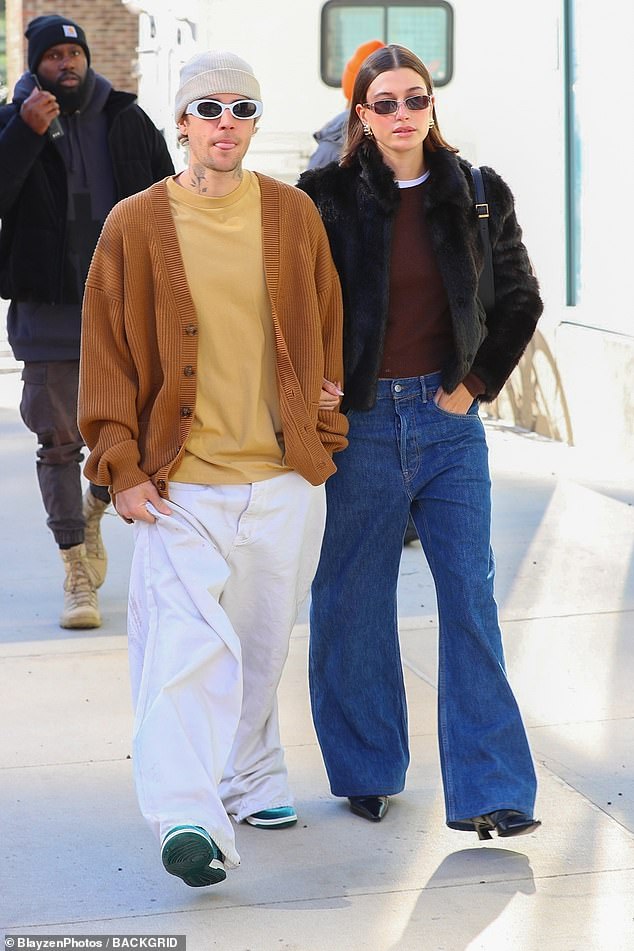 Vibes: The lucky man and woman both rocked in baggy pants

The star is worth an estimated $300 million and has sold 150 million records worldwide, making him one of the most successful artists in history.

In May, Justin Timberlake sold his entire song catalog in a deal reportedly worth $100 million.

The hitmaker, 41, has teamed up with Hipgnosis Song Management according to The Guardian newspaper.

“I’m thrilled to be working with Merck and Hipgnosis – he appreciates artists and their creative work and has always been a big believer in songwriters and storytelling,” he shared. 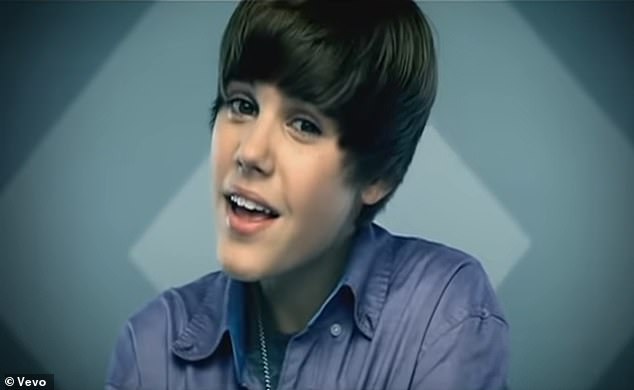 Rise to fame: JB rose to fame as a 15-year-old with the release of the 2010 single Baby 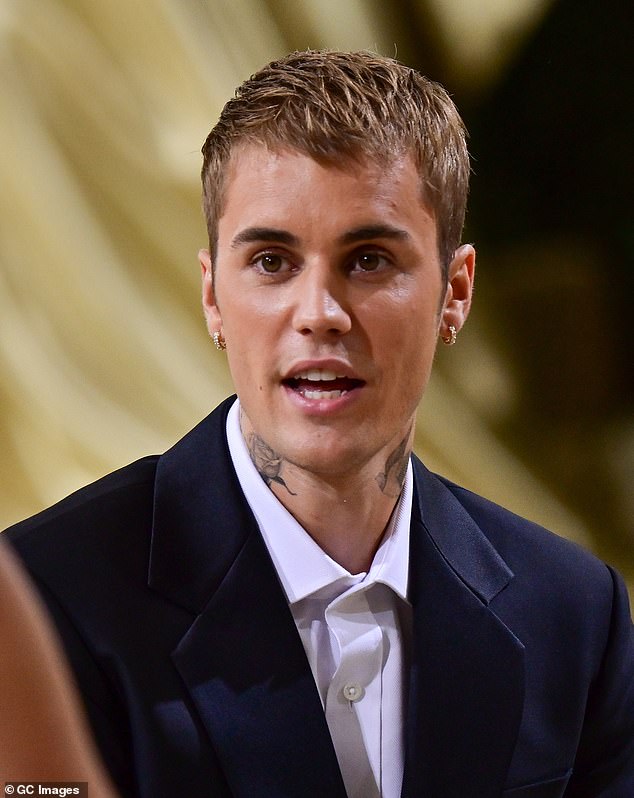 New venture: The singer, 28, is reportedly in negotiations with Blackstone-backed Hipgnosis Songs Capital in a deal that would include both his publication and recorded music catalog (pictured 2021)

“I look forward to entering this next chapter,” Timberlake added in a press release Thursday.

The deal between the former NSYNC star and the management company gives them 100 percent control and ownership of his interest in more than 200 songs he co-wrote.

Hipgnosis founder and CEO Merck Mercuriadis said, “Justin Timberlake is not only one of the most influential artists of the last 20 years, but he’s also one of the greatest songwriters of all time.”

See also  MAFS: Dan gave the buxom wedding guest "the eye" as he walked down the aisle

His hit songs, including “Cry Me a River,” “Rock Your Body,” “SexyBack,” “My Love,” “What Goes Around… Comes Around,” “Suit & Tie,” “Mirrors,” and “Can’t Stop the Feeling” are among the most iconic of that period.’ 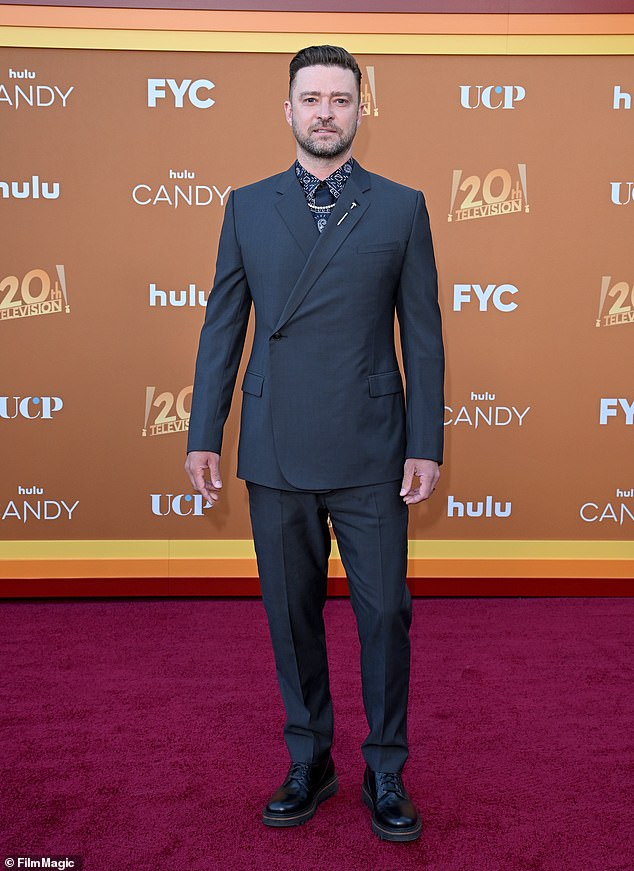 Sold: Justin Timberlake sold his entire music catalog to Hipgnosis Song Management, in a deal reportedly worth $100 million in May; Pictured on May 9, 2022 in Los Angeles

According to Mercuriadis, the sale took more than a year to complete is the third to be completed by Hipgnosis Song Capital in 2022.

This year, the company also took the stake of the late singer-songwriter Leonard Cohen and 80 percent of country star Kenny Chesney’s royalties.

The singer — who shares sons Phineas, two, and Silas, seven, with wife Jessica Biel, 40 — first found fam as a member of boy band NSYNC, in 1995. 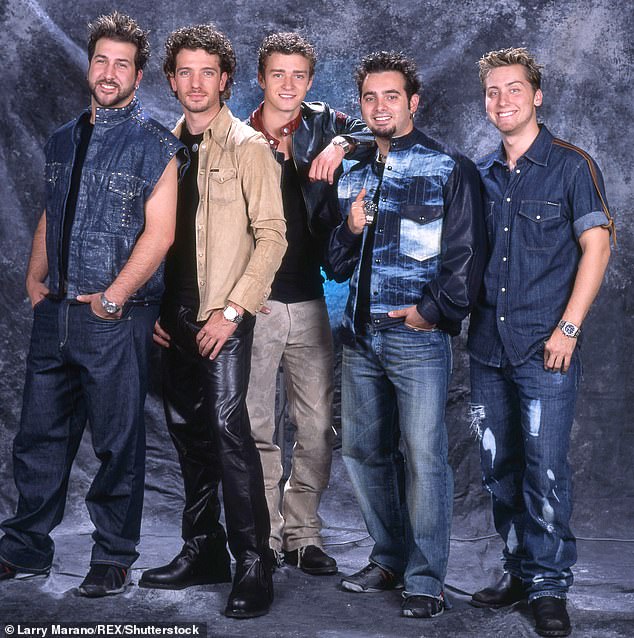