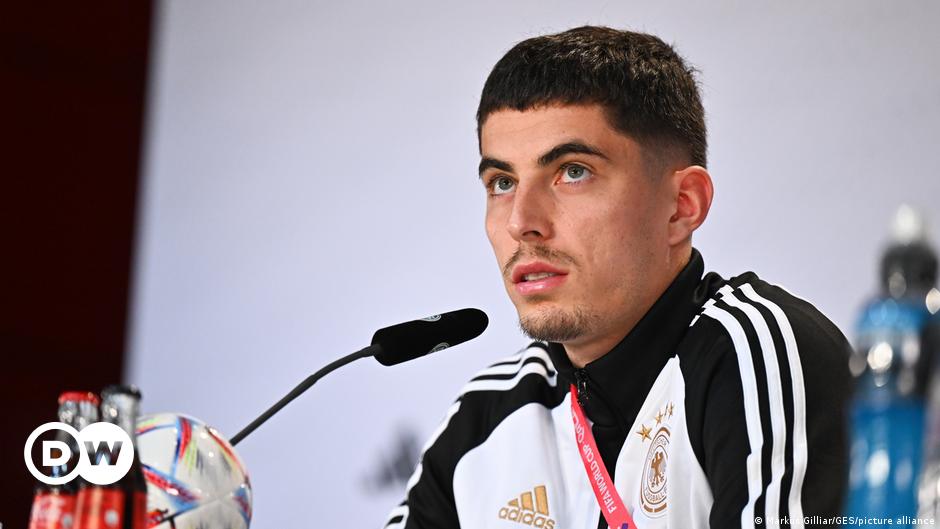 Kai Havertz and Julian Brandt were caught between Germany’s perilous situation and the good vibes the pair usually bring when they perform together.

Havertz and Brandt, friends since the pair played together in Leverkusen, did their best to lighten the mood, but the Chelsea man in particular was not shied away from the fact that a defeat to Spain just five days later would end the game. Germany 2022 World Cup. it started. It would also be Germany’s first time losing two World Cup games in a row.

“I wasn’t in a great mood the past few days. I was full of anger,” Havertz admitted to reporters about the aftermath of the loss to Japan.

“I can understand that there is negativity in the air right now, among fans and media,” the Chelsea player continued. “I also know that we are always shot at a lot and that not everyone is behind us,” Havertz said bluntly.

Given the sporting situation and the way Ilkay Gundogan and Manuel Neuer spoke immediately after the defeat to Japan, it is no surprise to hear that Germany’s players remain so straightforward. Add to that Germany’s battle for power with FIFA over the One Love bracelet and the human rights controversy surrounding the hosts of this World Cup, and there is a huge amount of noise going around this team right now.

Brandt said that during the longer-than-normal team meeting, the group discussed what to do with a 1-0 lead, or as the Borussia Dortmund midfielder put it, “winning unspectacularly”.

Havertz, again somewhat revealing, added that due to the different perspectives in the 26-man roster, “you also go to each other.” That, coupled with Ilkay Gundogan’s blunt criticism after the defeat, suggests there’s some frustration within the team as well.

Havertz and Brandt were able to throw some joy into it, especially when Brandt smiled like a big brother at Havertz as he answered questions in English, but it wasn’t long before the frustration showed itself again.

“The position question is starting to annoy me,” Havertz said when asked where he prefers to play. “Everyone knows I can play right, left, like a nine or in a ten.”

When asked about support and the bracelet, Havertz was equally blunt.

“We know that at this tournament we may not get the support we are used to,” said the Chelsea man. “In the first game it felt like a little less, but I would like to call on everyone to support us on Sunday.”

Of the armband, Havertz said, “I think we’ve made our point. Our focus is now 100% on football.”

While it is certainly a point of contention in the team, it would be foolish to suggest that Germany lost to Japan because of the protest. Seventy minutes of that performance were good. The end and the result was the only thing that escaped them.

Nevertheless, the need for a positive result is now undeniable. For a four-time World Cup winner, Germany’s recent form in major tournaments makes for dramatic reading. Since 2018, Germany has lost five, drawn twice and won only once. For a nation often referred to as “a tournament team” for their ability to always get it right when it matters, the stats say otherwise.

That form feels more due to the long end of former head coach Joachim Löw’s era, but another early exit from a World Cup would open the door to a deeper look at the big problems in German football. A victory over Spain would change that.

1 dead after fiery semi-truck crash on Dan Ryan Expressway near...

France’s Sarkozy is seeking to have his corruption conviction overturned on...