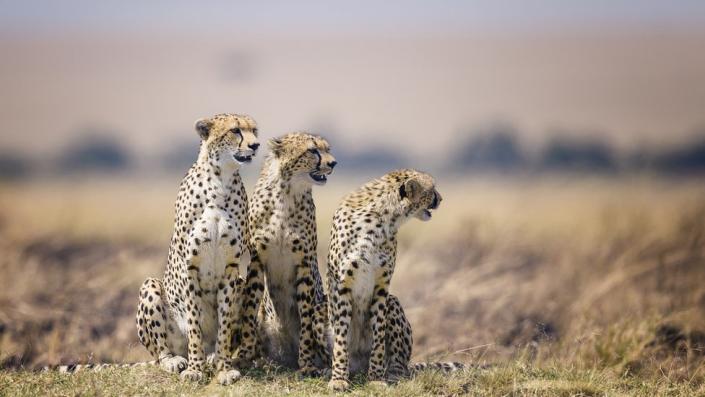 A chronology of the main events:

c 3.3 million BC – Evidence of some of the earliest human tools have been found in Kenya, suggesting it was the cradle of humanity from which descendants departed to populate the world.

600 – Arabs begin to settle coastal areas and develop trading stations over the centuries that facilitated contact with the Arab world, Persia and India.

See also  Aid for Gachagua and wife in case of Ksh1.5 billion land

1982 June – Kenya is officially declared a one-party state by the National Assembly.

1994 – Oginga Odinga dies. Opposition groups form a coalition – the United National Democratic Alliance – but it is plagued by disagreements.

1998 August – Al-Qaeda operatives bomb the US Embassy in Nairobi, killing 224 and injuring thousands.

2002 July – Some 200 Masai and Samburu tribesmen accept more than $7 million in compensation from the British Ministry of Defence. The tribesmen had been robbed or maimed by British Army explosives left on their land for the past 50 years.

2005 November–December – Voters reject a proposed new constitution in what is seen as a protest against President Kibaki.

The government and the opposition reach an agreement on the division of power in February and a cabinet is agreed in April.

2010 August – New constitution designed to limit the president’s powers and devolve power to the regions approved in a referendum.

2011 October – Kenyan troops enter Somalia to attack rebels accused of being behind several kidnappings of foreigners on Kenyan soil. Kenya is suffering from several retaliatory attacks.

2012 May – More than 30 people are injured in an attack on a mall in Nairobi by al-Shabab.

2012 August–September – More than 100 people die in communal clashes over land and resources in the coastal province.

Five people are killed in riots by Muslim protesters in Mombasa after the shooting of pastor Aboud Rogo Mohammed, accused by the UN of recruiting and funding Islamist fighters from Al-Shabab in Somalia.

2013 March – Uhuru Kenyatta, the son of Kenya’s first president, wins the presidential election with just over 50% of the vote. A challenge to the result by his main rival, Prime Minister Raila Odinga, is rejected by the Supreme Court.

2013 June – The British government says it sincerely regrets the torture of thousands of TUSEN during the suppression of the Mau Mau rebellion in the 1950s and promises £20 million in compensation.

2013 September – Vice President William Ruto pleads not guilty to charges of crimes against humanity over the 2007 post-election violence at the International Criminal Court.

2014 June – 48 people die after al-Shabab militants attack hotels and a police station in Mpeketoni, near the island resort of Lamu.

2017 February – The government declares a drought affecting much of the country a national disaster.

2017 August–October – President Kenyatta is declared the winner of the August presidential election and October rerun.

Crowd angry over lockdowns call on China’s Xi to resign

I’m A Celeb: Jill Scott is named queen of the jungle

Crowd angry over lockdowns call on China’s Xi to resign