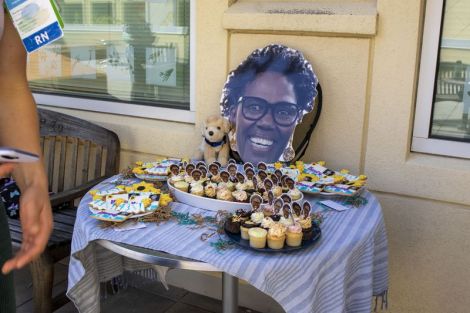 Bancy Gatimu, a Kenyan doctor based in the US, was gave an emotional farewell party at the Doernbecher Children’s Hospital after 43 years as a pediatric nurse.

Gatimu witharmed her way into the hearts of hospital staff and the patients she has cared for since they were toddlers.

She told about some children who called her “mother” in the hospital in Oregon Health & Science University, where she longest serving nurse.

“I said goodbye to the nurses and doctors,” Gatimu stated as reported by Oregon Live. “There are young doctors I worked with long ago when they were medical students and then residents.”

Gatimu’s story started as a little girl of 6 years old in Kenya. Unfortunately, she contracted malaria and was flown to Portland, Oregon for medical attention.

At such a young age, the nurses made a life-changing impression on her life. The care she received away from home inspired her to continue nursing in Kenya.

As fate would have it, Gatimu met her husband doing what she loves. The mother of four highlighted the events leading up to her meeting with her future husband Simon Gatimu, who lived in Portland and worked as a teacher.

While working at a hospital in Nairobi, Gatimu, then unmarried, was sent to the outskirts of Nairobi where she met another medic.

In a surprising turn of events, the doctor visiting from Portland introduced her to Simon. The two later married in 1978 and moved to Portland, where she got the nursing job.

“I take care of children whose parents I once cared for. They see me and call me grandma from the hospital. If you love your job, it’s not a job,” she said.

“I have taken care of this man who is almost 20 since he was little. Back then he would run up to me to call me ‘mom’. He still calls me that when he sees me. This confuses many as I am black and he is white,” she added.

See also  Dems seem on their way to climate, health wins after ups and downs

The staff at the Doernbecher Children’s Hospital described her as an inspiration and a very loving person to work with.

“When she enters the room, she lights it up. Our floor gets a little darker. She’s one of those people you remember in your life,” said Dizon-Rosales, one of the nurses who accompanied Gatimu 15 years ago. 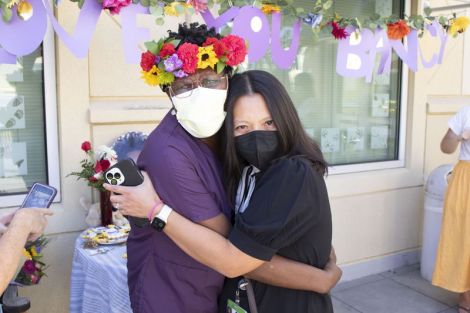 Princess Charlotte compared to Princess Diana and the Queen in viral...