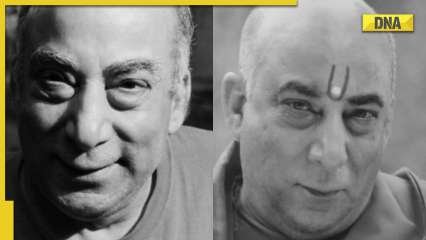 His son-in-law Ashish also mourned the death by writing an emotional note on Facebook. “Aap duniya ke sabse ache pita the, aapne mujhe dhamaad nhi balki ek pbete ki tara prem diya. Bhagwan aapki aatma ko shanti pradan kare (You were the best father in the world, you gave me love like your own son),” Ashish posted , with a few photos of the late actor.

See also  Lisa Kudrow Is Ready for Another ‘Comeback’

After learning of the death, netizens expressed their heartfelt condolences.

“The well-known theater and film actor #MithileshChaturvedi passes away after a heart condition. May his deceased soul rest in peace,” a social media user tweeted.

“Sad news, rest in peace sir,” wrote another. Mithilesh Chaturvedi had starred in films such as Koi Mil Gaya, Asoka, Gadar Ek Prem Katha and Ready, among others. The actor is also reported to have landed a web series titled Talli Jodd.

See also  Ice-T on what surprised him about the music industry: 'I didn't know you could lie'