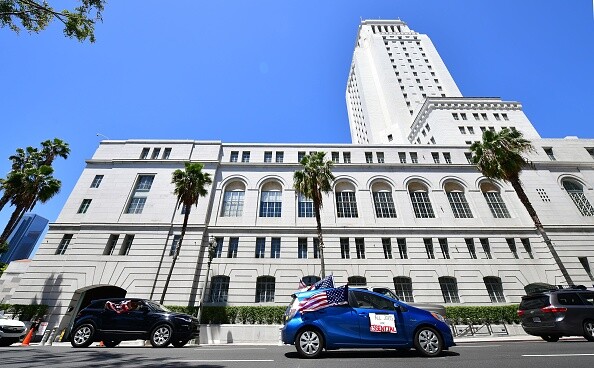 A controversial measure that would require hotels in Los Angeles to provide vacant rooms to the homeless will go before voters in 2024, the city council decided Friday.

The council rejected an option that would have skipped the public vote and passed the ordinance directly, instead voting 12 to 0 to send the measure to the vote. The initiative is supported by the Unite Here Local 11 union, which has already gathered enough signatures to put it on the ballot.

The vote came after a long and animated public commentary session, with the majority of speakers opposing direct approval of the measure.

Under the proposal, hotels should regularly report the number of available rooms to the city’s housing department. A program running through the department would then make referrals and pay a “reasonable market rate” for the accommodation using prepaid vouchers. Hotels would be prohibited from discriminating against homeless Angelenos “for their participation in this program, or the fact or perception that they have no housing.”

The proposal comes as city officials are gradually shutting down one of the signature programs set up to tackle homelessness during the COVID-19 pandemic: Project Roomkey, which turned multi-story hotels into makeshift shelters.

The proposed program has no designated source of funding and would be contingent on funding by July 1, 2023, according to a report from the city attorney.

Because the backers of the bill had gathered enough signatures to put the measure on the ballot, the council had three options when it came on Friday: pass it directly into law, call a special election, or put it on the ballot at the next one. regularly scheduled election. According to election timing rules, that would be the primary on March 5, 2024.

If approved, the proposal would also require new projects with more than 100 rooms or units to obtain a conditional occupancy permit that takes into account the market demand for hotel and community effects.

Many hotel owners and operators spoke strongly against the proposal, arguing that it would unduly tax hotels and harm their ability to do business.

See also  Richfield teen sentenced to more than 6 years in prison for carjackings in December; he can face more time

During his public commentary, Ray Patel asked all hotel owners in the room to stand up, saying their operations would be dramatically affected if the proposal were passed directly. Patel instead urged the city to use Project Roomkey’s voluntary participation as a model.

“Hotels would be happy to volunteer their hotels to participate in programs as long as there is an enveloping service that includes mental health, social services, 24 hour security and there is someone to hold their hand and help them find permanent housing.” to get,” said Patel.

Several speakers also expressed concerns about the lack of details on how the sweeping proposal would work.

“We don’t have economic data on what it will cost the city,” said Stuart Waldman, president of the Valley Industry and Commerce Assn., pointing to the lack of funding sources and the fact that hotel room rates had not yet been set.

“Insurance companies will legitimately withdraw coverage,” Earle said. “The company is insured against risks pertaining to guests and business travelers, not residents that carry a whole host of separate implications.”

But Carly Kirchen, an organizer of Unite Here Local 11, argued that hotel operators and associations had been unfairly biased against Angelenos who had no housing.

“The hotel owners want you to believe that everyone who is homeless is so sick that they pose a danger to those around them. But this myth argument misrepresents who is actually homeless,” Kirchen said, explaining that hotel workers are among those most affected by the housing crisis, with thousands of their members being evicted.

“Even as a union member with a well-paid job, I was recently homeless due to our city’s housing crisis,” said Bambian Taft, who identified himself as a hotel clerk and former housekeeper. Taft said she recently paid out of her own pocket to stay in hotels with her daughters at a time when there was “no work for me at the hotel.”

She was one of the few hotel employees to support the proposal.