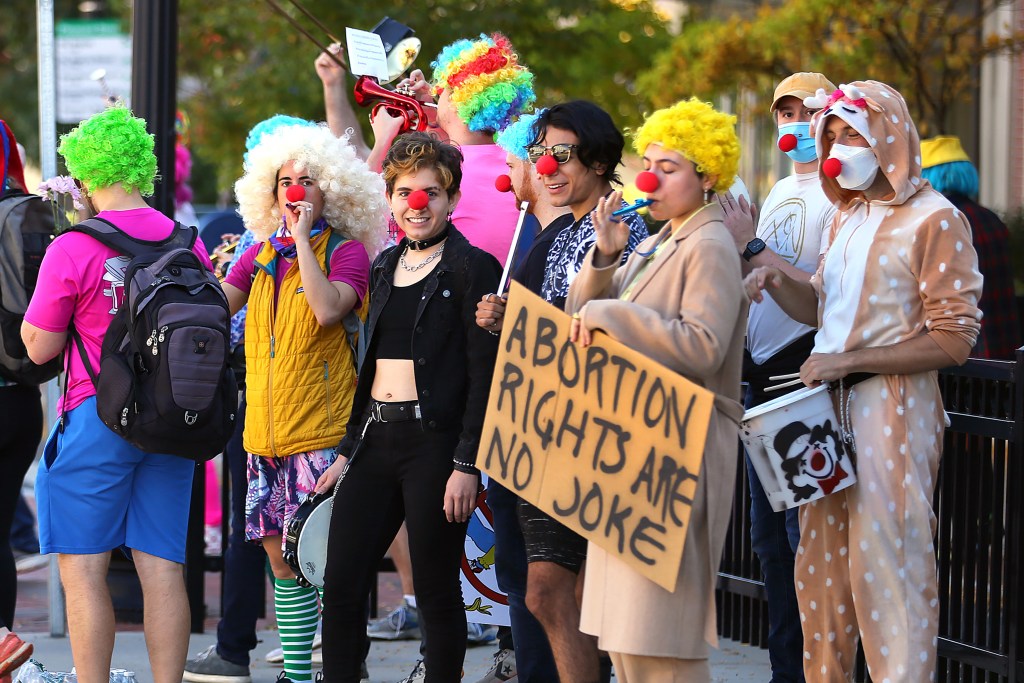 As Americans gathered around the dinner table with loved ones this Thanksgiving, a liberal magazine shared stories of women who said they were thankful for having an abortion.

The Nation published the article Thursday morning titled “We Are Grateful For Our Abortions.” In it, writer Nikiya Natale interviews women who say that having an abortion (more than one in some cases) has given them opportunities in life they wouldn’t have had otherwise.

The writer refutes those who say they are pro-choice but that abortions should not be celebrated, emphasizing that she is grateful “for both of my abortions”. She says her abortions have allowed her to plan a pregnancy and have a child on her own terms.

Another New Jersey woman tells her that multiple abortions have allowed her to finish college and start a small business.

“I’m very grateful that I was able to make a decision that was right for me,” she says.

Another woman, from Virginia, says she was so grateful for the safe abortion care she received that she returned to the clinic two weeks later and applied for a job. She told staff she wanted to be “someone’s person” to help patients who were conflicted about the “stigma against multiple abortions.”

“From that point on, I realized I had to celebrate my life, my abortions, and how thankful I was for every abortion I had,” she says, lamenting, “Why can’t there be an abortion story where people are happy, have choice, and did they create the life they wanted?”

Another Los Angeles woman says she had two abortions — one from a toxic relationship and the other after her first child, when she realized the “full-time responsibilities and economic implications of raising a child.”

A Texas woman says she had her first abortion when she was 21 and her second after becoming pregnant eight years later. She says that even though her first abortion had given her opportunities she wouldn’t otherwise have had, she still didn’t want to grow up.

“I struggled through the morning sickness and the realization that part of me still believed abortions should be justified,” she says.

The women shared advice on how to break the news to their loved ones who may be pro-life. One of them said it’s best not to worry about “being gentle with others and focus more on trusting yourself.”

Abortion has loomed large in the national discourse since the Supreme Court ruling in Dobbs in late June, overturning the landmark 1973 decision, Roe v. Wade, that legalized abortion at the federal level.

The Democratic Party has no power to codify abortion rights into federal law because it just lost the House of Representatives to Republicans. That puts the abortion debate entirely on the states to navigate and rework the patchwork of laws that have been in place since Roe.

Man dies in shooting at Nampa party. Police believe it was gang related

Odell Beckham Jr. removed from the flight after refusing to fasten seatbelt

Boy, 16, arrested after two teenagers stabbed to death a mile...

I’m A Celebrity 2022: Owen Warner has quadruple stack burger for...