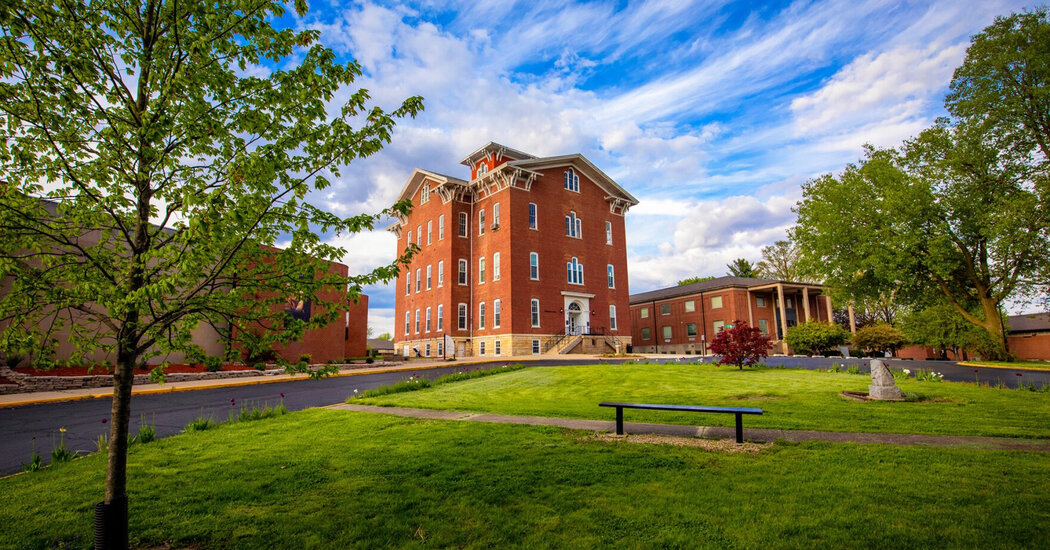 Lincoln College, a predominantly black college in Illinois, will close this week after 157 years, saying it could not survive financial challenges from the coronavirus pandemic and a ransomware attack last year.

“The loss of history, careers and a community of students and alumni is immense,” David Gerlach, president of the college, said in a statement.

Founded in 1865 and named in honor of Abraham Lincoln, the college had survived the 1918 flu pandemic, multiple recessions and two world wars.

But the pandemic has led to declining enrollment and forced the college to make costly investments in new technology, the statement said. Then, in December 2021, a ransomware attack blocked the school’s access to its data and halted its recruitment, retention and fundraising campaigns.

Lincoln College, in Lincoln, Illinois, did not say how much it ultimately paid to regain access to its data, although Mr. Gerlach told the Chicago Tribune that he paid a ransom of less. of $100,000. The ransomware attack originated in Iran, he told The Tribune.

When the college’s access to its data was restored in March, projections showed “significant enrollment shortfalls” that would require a “donation or transformational partnership to sustain Lincoln College beyond the current semester,” says the school statement. Mr. Gerlach told the Tribune last month that Lincoln needed $50 million to stay open. The money did not materialize.

See also  NEET PG: SC says there can be no compromise with the quality of medical education

“I believe that if we had had more time we could have found someone, but this is all out of our control,” associate professor Annette Roter said in a Facebook post consoling the thousands of students, professors and former students who worked to keep the school open.

In recent years, cybercriminals have targeted schools, colleges, and universities that are often unprepared to ward off ransomware attacks, in which victims’ digital data is encrypted until the victim pays.

Brett Callow, a threat analyst at Emsisoft, a New Zealand-based cybersecurity firm, said ransomware attackers just go wherever they can to make money.

“If they find a particular sector is particularly profitable, they will hit it again and again,” Mr Callow said. Schools should take precautions, such as implementing multi-factor authentication and promptly installing security updates, he said.

Last year, 1,043 schools in the United States fell victim to ransomware attacks, according to an analysis by Emsisoft. Of these, 26 were colleges or universities.

Henry Stoever, president and CEO of the Association of Boards of Trustees of Universities and Colleges, said the technology “touches almost every aspect of the university enterprise”, including financial and health information for students. and faculty, and donor data. The loss of this data can be devastating, he added.

Austin Berglas, global head of professional services at BlueVoyant, a New York-based cyber defense firm, said the average cost of a ransomware attack targeting a college or university is around $115,000, a low figure by compared to other sectors. Colonial Pipeline, the operator of a critical fuel pipeline on the East Coast, paid $5 million to recover data that was stolen in a ransomware attack last year.

The decision to pay depends on factors including whether the targeted institution detected and stopped the breach in time, Berglas said.

A November 2020 attack on public schools in Baltimore County in Maryland forced the system to shut down for three days and erased data, including grades and lesson plans. The cost of repairing damage from the attack approached $10 million in November, according to NPR affiliate WYPR. The district did not say what the demands were or whether the ransom had been paid.

Some victims, like Florida’s Broward County Public School District, the sixth largest in the nation, have publicly refused to pay. In March 2021, hackers demanded $40 million to stop them from leaking sensitive data, including financial contracts and social security numbers. A month later, cybercriminals posted about 26,000 files online, according to The South Florida Sun Sentinel.

After choosing to pay the ransom, Lincoln College and its students mounted a final social media and fundraising campaign, including a GoFundMe page, in an attempt to save the school.

But with the announcement of the school’s permanent closure on Friday, Lincoln’s students, faculty and graduates struggled to come to terms with the loss.

Arielle Williams, 26, who graduated with an associate’s degree in communications in 2017, said in an Instagram direct message that the shutdown was devastating.

“My college memories are so close to my heart,” she said, adding that she met many of her closest friends at Lincoln. “It’s bittersweet,” she added, that she couldn’t “go back and show my kids when I have them.”