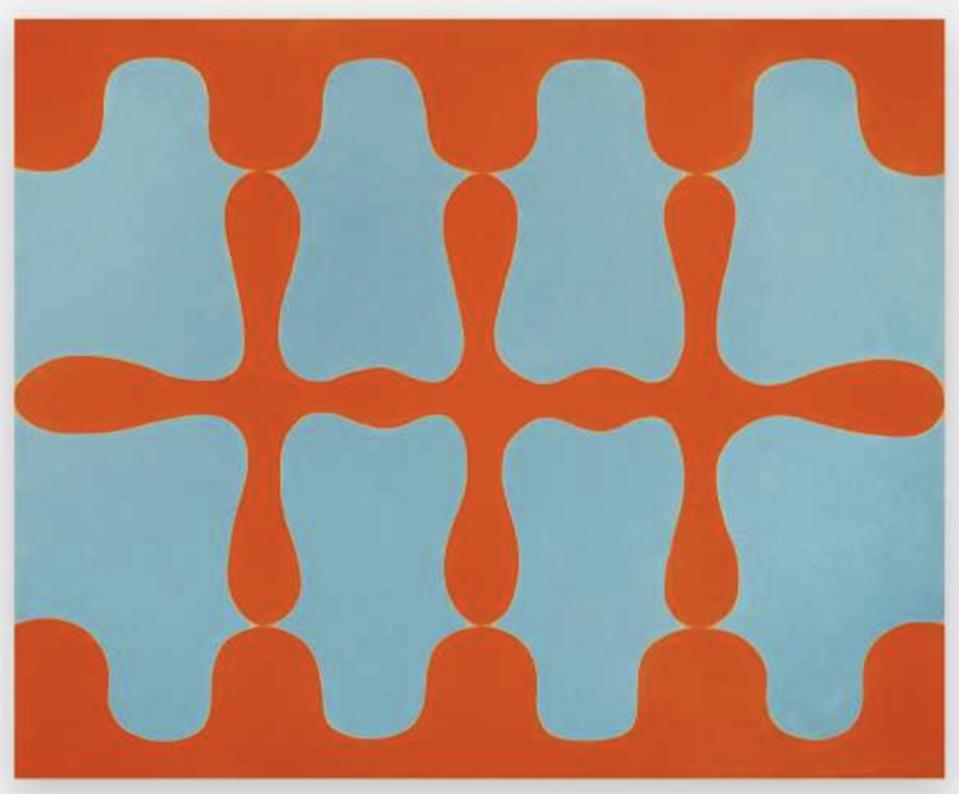 London’s shopping malls reopened this week after a four-month closure caused by the global pandemic. British Prime Minister Boris Johnson has announced that public museums and libraries across England may reopen from May 17. In the meantime, for anyone in desperate need of a real cultural solution, London’s art galleries have a lot to offer right now. Here is a recommended selection of seven galleries in central London that have just opened (or reopened) new exhibitions.

One of this spring’s most exciting openings is the UK’s first solo exhibition, in over 50 years, of sculptures and paintings by American artist Paul Feeley. The exhibition sheds light on this important but somewhat unknown artist who also played a pivotal role in the careers of many founding abstract artists, including Helen Frankenthaler, Jackson Pollock, Barnett Newman, Josef Albers and Robert Motherwell. Waddington Custot’s Cork Street Gallery exhibits 20 of Feeley’s oil paintings and woodcarvings, made during his brief but prolific artistic career from the late 1950s until his death in 1966. His Forms distinctive and brightly curved lines cleverly link the paintings and sculptures together.

A first solo exhibition by New York artist Mika Tajima at the Simon Lee Gallery presents new paintings, textile works and sculptures that focus on psychic and bodily energy under the regulation of technocapitalism. The connection to music or sound is clearly evident in Jaquard’s intricate woven pieces that make up the Tajima exhibition. These fascinating tapestries were made from sound recordings at various industrial sites.

Also, don’t miss the show in Simon Lee’s first-floor gallery showcasing Dexter Dalwood’s intricate collage studies, works that have only been shown once before in the UK as part of the Dalwood’s 2010 exhibit at Tate St. Ives. These detailed collages existed as composition exercises and were later translated into large-scale canvases.

If you haven’t seen William Tillyer’s work at the Tate or MoMA, now is your chance to see a fine selection of paintings by the famous British watercolorist, on display at Bernard Jacobson’s on Duke Street. His subtle, abstract watercolors of British landscapes and landmarks, some in North Yorkshire, might remind you of Turner. It is a beautiful exhibition which is sure to captivate any spectator.

Swinging London, Hazlitt Holland-Hibbert until May 8

This dynamic exhibition which brings together a number of classic pop works by many big names such as Peter Blake, Allen Jones, David Hockney and Patrick Caulfield. But the real surprise are the lesser-known works of Richard Smith, exhibited in the front gallery. This group of later works on Richard Smith’s pulp shows the direction in which Pop could travel in the hands of one of his first representatives. As British artist Michael Craig-Martin puts it, “Despite Dick’s highly original work and many accomplishments as an artist, today he and his work are largely unknown in his country … None British artist no longer deserves a proper reassessment.

The latest exhibition of the famous East London art duo is more vibrant than ever. The show brings together 26 images from a new series the artists have been working on for more than two years, each one suggesting that the old punk adage “the day the world became Day-Glo” has come to life. Wherever it is dark but too light, the contrasting tones are at war, while the neglected and the thrown find visibility and meaning.